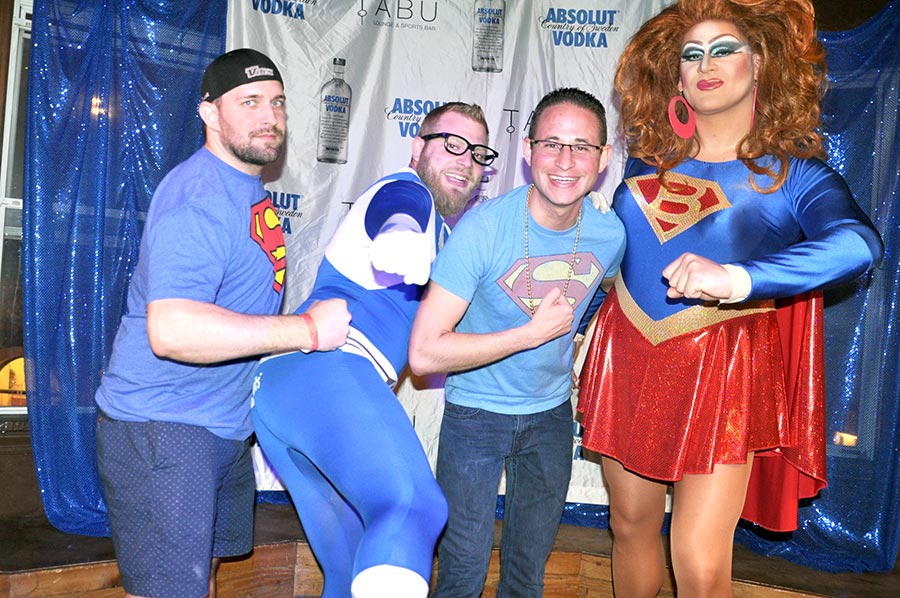 The Philadelphia Gryphons Rugby Football Club has been traveling everywhere from Washington, D.C., to Sydney, Australia, to play in tournaments for the last dozen years, and now it’s their turn to play host. The Colonial Cup is the newest International Gay Rugby (IGR) – East Coast region tournament.

The Gryphons RFC will hold the first Colonial Cup in Fairmount Park from April 24-26, with invitees from along the East Coast. Planning for the event started last fall and came together over the winter. The Gryphons’ playing seasons are fall and spring, so winter was the perfect time to work toward a spring tournament. Starting in November, the board and co-chairs looked at the calendar, when and where they could get fields and “it all just came together fantastic,” said club president Phil Cochetti.
There will be six teams coming in to compete with our hometown lads. The other teams hail from New York, Boston, Atlanta, New England, Washington, D.C., and Charlotte. “We’re calling it the Colonial Cup, so the only teams we invited are from the original 13 colonies,” said Cochetti.
The fun starts 8 p.m. April 24 with a meet-and-greet at Boxers and concludes April 26 with a brunch banquet at Field House. Competitions start at 9:30 a.m. Saturday, then drink up immediately following — around 5 p.m. — and a bar crawl starting 8 p.m. in the Gayborhood with stops at U Bar, Tavern on Camac, Tabu and The Bike Stop. The pitch is at Edgely Fields in Fairmount Park.
Come out and root for your favorite rugger or find a new favorite from out of town. If you like watching rugby on television, it’s much more exciting in person. Maybe it will inspire you later this year to get out and play!

What’s in a name?
The City of Brotherly Love Softball League standings after the first week of play put the following teams in the undefeated category.
In the open competitive division: Tabu, Philadelphia Freedom, Knock Outlaws and Tavern on Camac Wolves. In the women’s division: William Way Community Center Flying Monkeys, Field House and Space & Co. “Ballers.” In the open recreational division, Boxers 4-Play stands alone as the only undefeated team.
Play resumes April 26 and continues every Sunday into summer (except Memorial Day weekend due to a tournament). Grab your chair, a cooler and a friend and hit the fields one Sunday to chill and cheer for your favorite bar, business or organization. See CBLSL.org for schedules and more info.

Short Stops
• Falcons Soccer has moved to the great outdoors and is playing Tuesdays, Thursdays and Saturdays at Edgely Fields. See Falcon-soccer.org.
• The next Philadelphia Gryphons RFC First Saturday Social & Fundraiser is at The Bike Stop on May 2. On June 6,, it will be held at ICandy.
• Sports and recreation info can be found inside the back page of the PGN every fourth Friday of the month or any time on the PGN website, epgn.com.