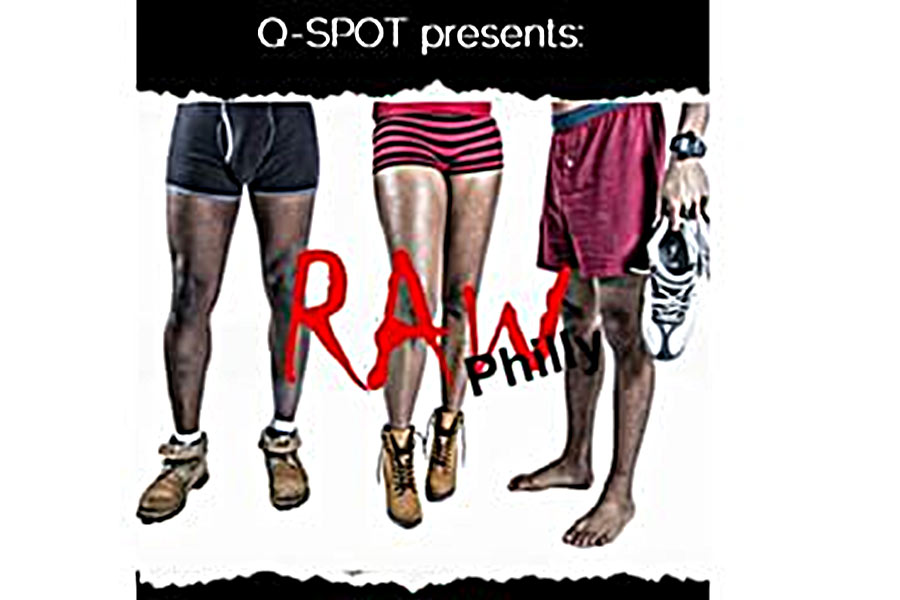 Q Spot Productions is taking an unflinching look at HIV/AIDS awareness when they bring an adaptation of J.L. King’s play “RAW Philly” to the stage this weekend.

The story centers on Jamal, played by Kevyn M, who gives a detailed account of his sexual activities from adolescence to adulthood and his attitudes regarding unprotected sex.

The novel the play is based on is controversial to some because it deals with issues of incest and people who are on the down-low.

“I don’t think it will take away from the story,” Kevyn M. said. “What makes it controversial is that it’s a real story. It’s something that a lot of people have experienced on some level. A lot of guys who come into their sexuality early on in life experience their first sexual experience with a family member or trusted friend of the family. So I think that it is real and authentic. It’s not a story that is being told like this. So I don’t think it takes away from the message. I think it actually makes sure that the message hits home.”

Kevyn M. said that even though the character of Jamal isn’t particularly likable, he still can relate to him.

“I felt personally connected to the character, which sounds really bad knowing the history and experiences this character carries,” he said. “Jamal does not come across as sympathetic, not until he has faced his own demons. Jamal had a level of denial that he was facing. I know that when I got my status I was in denial for a while.”

Out director Ngozi Thomas added that the controversy around the story comes from its brutal honesty.

“It’s in-your-face,” she said. “It’s an honest, in-your-face message and that’s a thing nobody wants to pay attention to sometimes.”

Thomas said she was drawn to this production because, as a lesbian, she felt this is a story that needs to be heard outside of its original target audience.

“Mainly this story is basically about men,” she said. “With an element adding a woman into this play, it made sense for me to be a part of directing it and be able to identify with people who have been exposed to HIV, even though I might not have personally been exposed to HIV or anything like that. I think it bridges a gap between the lesbian community and the gay male community as well.”

To that end, Q Spot made some changes to the play to broaden the message and appeal by adding lesbian and heterosexual characters to the narrative.

“The original story doesn’t have much to do with lesbian stories and if it did touch on a heterosexual story, it wasn’t much at all,” Kevyn M. said.

“We had to change up a little bit because of adding the lesbian and heterosexual point of view,” Thomas added. “It stays close to the main character but we did add a couple of elements as well, so we can have a voice for all of those who are sexually active. We needed to open up a little more so it would be more inclusive. If it we kept it about the one gentlemen’s point of view, then it would have only reached a certain demographic, especially within the city of Philadelphia. HIV awareness isn’t just for the gay community. It’s for the entire community, the whole spectrum. Being that ‘RAW’ initially is from one man’s point of view, we couldn’t keep it at that point any longer, especially if we wanted to get that point across.”