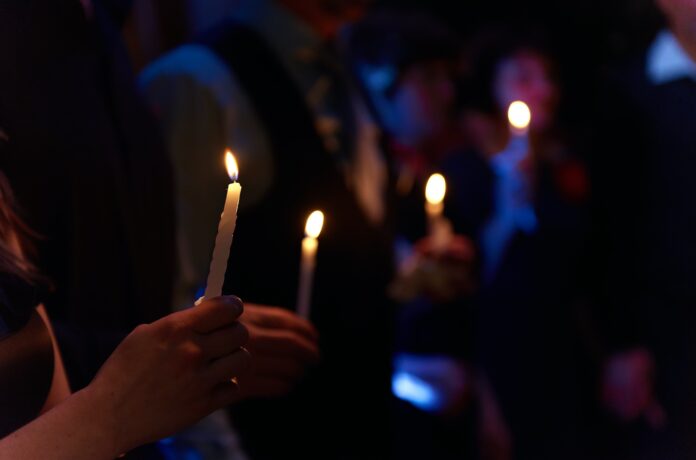 It was an all-too-familiar American scene. Minutes before midnight on November 19, Anderson Lee Aldrich, 22, allegedly entered Colorado Springs’ only LGBTQ nightclub, Club Q, and began shooting an assault weapon into the crowd.

The alleged shooter killed five people and injured 25 others, some critically, before he was subdued by former Army Maj. Richard Fierro, a 15 year veteran of Iraq and Afghanistan. Fierro was at the club with his family to watch his daughter’s close friend perform in the regular Saturday night drag show at the club. Fierro told reporters Monday night that he took a handgun from Aldrich, hit him with it and pinned him down with help from another man, Thomas James.

Colorado Springs Mayor John Suthers said, “Had that individual not intervened this could have been exponentially more tragic.”

According to Colorado Springs Police Chief Adrian Vasquez, Aldrich used a “long rifle” in the shooting. Vasquez said two other firearms were also found at the scene. On November 21, police said that “at least one other person and likely many others were victims with no visible injuries.”

Aldrich faces five murder charges and five charges of committing a bias-motivated crime causing bodily injury in the attack, online court records showed. He was taken into custody on November 20, the annual Transgender Day of Remembrance, a day that memorializes those killed by acts of anti-transgender violence.

Police released the names of those killed by the gunman: Daniel Aston, Kelly Loving, Ashley Paugh, Derrick Rump and Raymond Green Vance. Rump and Aston both tended bar at Club Q. Loving was a trans woman who had recently moved from Colorado Springs to Denver, but was just visiting for the weekend. It was her first visit to Club Q.

One patron of Club Q, Joshua Thurman, 34, said of the suspect to ABC news affiliate KRDO at the scene, “You felt like you had to come up into our safe space and shoot us up… This was our only safe space in Colorado Springs. Where are we going to go?” Thurman was in the club at the time of the shooting.

The shooting is one of the most recent of more than 600 mass shootings so far this year, according to Washington Post data.

The Club Q attack is the latest in a surge in anti-LGBTQ hate in the U.S. which PGN has been reporting throughout this year and 2021. The Club Q shooting is the most violent single attack in a year that has seen bomb threats, drag protests, hospital protests and a plethora of anti-LGBTQ bills from GOP lawmakers. In Pennsylvania’s recent Senate and gubernatorial races, both GOP candidates used anti-LGBTQ rhetoric in their campaigns. Senate candidate Dr. Mehmet Oz repeatedly referred to “getting men out of women’s sports” as he used GOP anti-trans talking points.

PGN has also reported on studies showing the negative impact of these anti-LGBTQ bills and concomitant political rhetoric on LGBTQ people.

According to data from the Armed Conflict Location and Event Data Project, anti-LGBTQ mobilization is on track to be worse in the U.S. in 2022 than 2021 and 2021 was four times worse than 2020.

Colorado Springs District Attorney Michael Allen said on Monday afternoon that the investigation is still active and formal charges have not been filed. Allen said charges listed on the docket “are preliminary and might change.”

Court records show Aldrich, who is currently hospitalized, is being held without bail in the crime. PGN was unable to confirm whether Aldrich has an attorney yet. In the Monday press conference, Allen said that once Aldrich gets moved from hospital to jail, he will have an initial court appearance via video.

The shooting comes amid continued calls for gun control, which has been difficult to achieve in states with split legislatures or Republican-led legislatures.

“Another community shattered by the sickening scourge of gun violence,” Pa. State Rep. Malcolm Kenyatta shared in a statement. “This attack, the night leading into Trans Day of Remembrance, is particularly painful. Too many politicians parrot hatred and cower at the feet of the NRA. Enough has been enough.”

Sarah Kate Ellis, the CEO and president of GLAAD, appeared on the ABC morning news program “GMA3” Nov. 21 Monday to discuss the crime and the fear it has engendered in the LGBTQ community.  Ellis spoke out strongly against the hate leveled at the LGBTQ community and called out GOP politicians and social media for their contribution to that.

“I think what we’re seeing is a 12-year high in hate crimes, [a] 41% increase against the trans community alone,” she said. “Anti-LGBTQ politicians who have proposed over 300 anti-LGBTQ policies this year or bills this year for no good reason, answering and solving no problem that exists.”

“Social media platforms amplify hate,” Ellis said, asserting “It’s actually part of the business model is that the more viral the hate, the deeper the hate, the more viral it is. So they make money off of it. So they have the tools to stop it, the lies, the misinformation, but they don’t use them.”

She added that “in New York City on Saturday night, a brick was thrown through the window of an LGBTQ bar in Hell’s Kitchen, the fourth time in one week. We at GLAAD have recorded over 100 either violent or violent threats to drag queen events through this year. So it’s real, it’s happening. And it results in what we saw on Saturday night.”

When asked what she wanted to have happen in response to the attack on Club Q, Ellis said, “I need politicians to stop. Just stop using the LGBTQ community as their political football. Stop creating and spreading lies about our community. Stop. Just stop. DeSantis, Lauren Boebert, stop it.”

According to an investigation by the Washington Post, Aldrich changed his name from Nicholas Brink to Aldrich. The Post reports that at 15, Aldrich “became the target of a particularly vicious bout of online bullying in which insulting accusations were posted to a website, along with his name, photos and online aliases.”

In June 2021, Aldrich was arrested for an alleged bomb threat, video of which was aired by ABC news Monday.  The threat forced a partial evacuation of the Colorado Springs neighborhood where Aldrich’s mother lived. Aldrich was charged with kidnapping and felony menacing, but was never prosecuted and no bomb was ever found. Yet the incident should have served as a red flag warning were Aldrich to attempt to purchase weapons. It apparently did not.

Fierro told CNN the attack on Club Q brought a combat zone to a simple evening out with his family and his daughter’s friends.

For information on how to help the victims and survivors of the Club Q tragedy, visit https://www.glaad.org/.