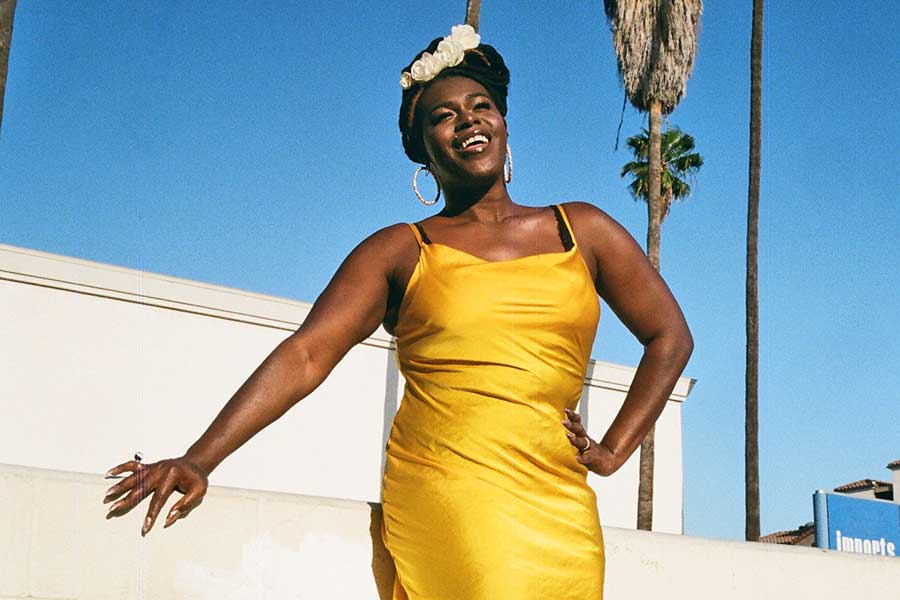 Seeing how trans actors and performers are finally starting to get their due on the big and small screens, can a breakthrough be on the horizon for an outspoken new trans R&B artist?

It doesn’t matter, because singer and activist Shea Diamond is doing it anyway with her debut EP, “I Am Her,” which draws upon her experiences as a trans woman of color fighting to find her place in the world. Her strong, bold voice translates into slow-burning, bluesy soul numbers like the title track, as well as celebratory funky anthems like “Keisha Complexion.”

“The EP is an introduction to who Shea is,” Diamond said of her debut release. “We’re going through this struggle, but I want people to be encouraged by this fight. Out there in the streets are people fighting HIV and AIDS. They’re fighting for immigration and all these good causes that we stand for. I want them to have something to be motivated and to get inspired by. I believe this music is supposed to be impactful and should uplift.”

With TV shows such as “POSE” featuring trans actors generating positive critical buzz, Diamond hopes for more opportunities for trans performers in other art forms to join the mainstream.

“It’s overdue,” she said. “Now we see that society is ready for it. We’re trying to get the doors to open up just a little bit more to give a girl another opportunity. People think that because they discover one trans artist, performer or actress, that there’s only room for that one artist. That leaves an unsafe environment where people are fighting over the spotlight when we all are talented and brilliant and able to execute like everybody else.”

“When you see trans people in the movies, they don’t look realistic,” she said. “Where is the trans woman and all her gay friends? Where are the trans women who all go to the movies and go out to eat and laugh? Where is that? That is reality — and when you don’t see that in movies, it just looks artificial. People are afraid of what they don’t understand, and they hate what they fear, so they’ve been programmed to hate us. We keep finding other platforms. It’s important now not just to be visible, but to also have cultural visibility.”

Shea Diamond’s “I Am Her” is available now. For more information, visit www.iamsheadiamond.com.