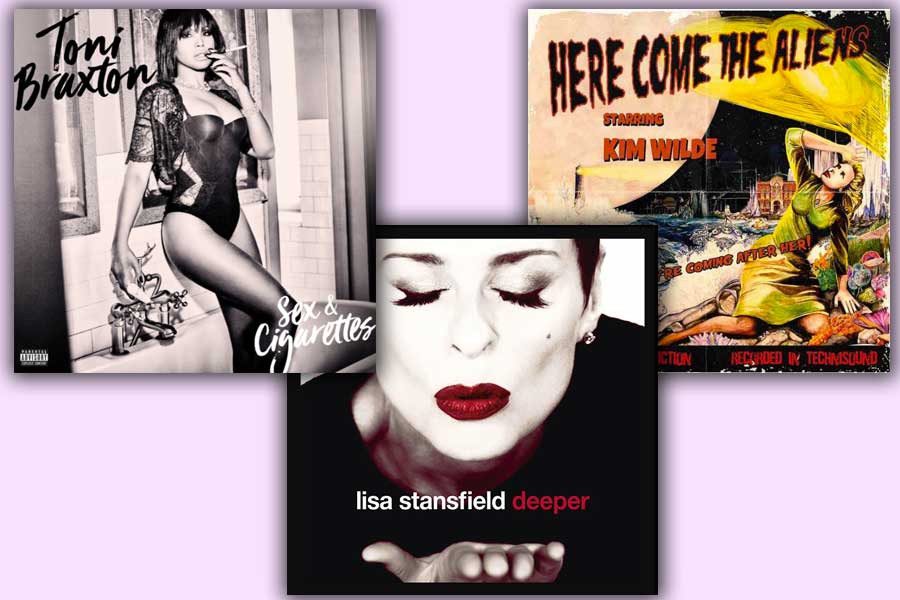 Live with the University of Colorado Symphony Orchestra

It’s hard to imagine even the most ardent folk purists objecting to this iconic out acoustic Grammy-winning duo with an orchestra backing them live in front of a packed house. This new double-live album by the Indigo Girls is a delightful sonic chapter to add to an already-impressive career.

The idea for these performances, recorded in 2017 in front of a sold-out show,  originated in 2012 when the Girls melded their folk sound with grand classical instrumentation and arrangements for a series of special shows across the country. Now with 50 of these performances under their belts over the last six years, fans who couldn’t make it to those symphonic shows can finally hear the results.

It’s no surprise that the Indigo Girls’ catalog, for the most part, adapts well to grand symphonic interpretation, especially on their more-somber and low-key tunes where lush strings arrangements lend songs like “Virginia Woolf,” “Sugar Tongue” and “Love of Our Lives” new levels of gravitas and depth. The orchestration especially gives a heightened sense of drama and complexity to some of the more-epic songs such as “Chickenman” and “Ghost.” By the time you get to closing songs “Go” and “Closer to Fine,” you’re either in love with the added bombast the orchestra brings or numbed by the enthusiastic embellishments that a horn section brings to the party. Either way, this recording should be a welcome addition to any Indigo Girls fan’s collection.

Transgender singer-songwriter Diamond pulls out all the stylistic stops on her debut EP, a confident and soulful collection blending R&B, folk and rock music.

With influences ranging from Diana Ross and Tina Turner to Dolly Parton, Diamond has a remarkable and versatile voice. The short blast of songs on the release does a fantastic job of covering an impressive emotional spectrum, ranging from the slow burn of the neo-soul inspired “American Pie” to the folksy electric blues of “Good Pressure.” But Diamond also knows how to turn it up with the playfully funky and infectious “Keisha Complexion.” If you can find a better sweaty rump-shaker of a song, buy it.

If you ever wonder what a collaboration of Lenny Kravitz and Angie Stone would sound like, Diamond is the answer. If she can do this much with a handful of songs, we’d love to see what she does with a full-length album.

Having penned hits for the likes of Rihanna, Eminem, Nick Jonas, Iggy Azalea and Selena Gomez, as well as a couple of solo EPs under her belt, this pop artist and singer-songwriter obviously has enough juice and talent to warrant her own full-length debut album.

Overflowing with the predictable catchy beats and synth melodies, this album lays the foundation for her highly processed, ethereal, siren-like vocals. It’s mostly formulaic and comes across as a high-end knock-off of Shakira or Katy Perry at times, but one thing that does help this album stand out is a healthy infusion of real flesh-and-blood instrumentation, mostly acoustic and electric guitars, that inject some much-needed soul and backbone into tracks like “Ferrari,” “I’m A Mess” and the standout track, “Don’t Get Any Closer.” “Grace” and “Pillow” are also winning songs on an album relying more on piano and strings than drum machines.

Guest stars show up to give the album some crossover potential, with Florida Georgia Line giving pop-country flavor to “Meant to Be” and Tory Lanez keeping one foot planted in hip-hop on the laconic, syrupy, trap-music-drenched track “Steady.”

“Expectations” is an aptly titled album that rarely strays from the sound that is selling like hotcakes if you are a young, attractive singer competing for fleeting attention in 2018. It’ll be interesting to see whether Rexha has the will and the skills to separate herself from the crowded pop pack on future releases.