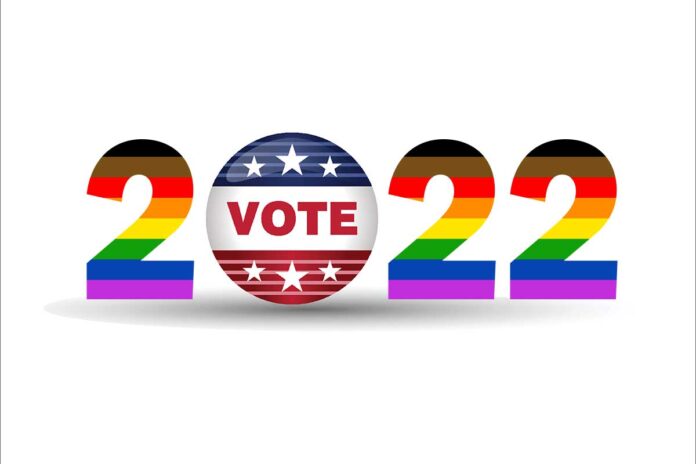 That should be the slogan for the LGBT community, women’s health activists, and progressives in the upcoming and nationally watched Pennsylvania Gubernatorial and U.S. Senate Races.

While both Democratic candidates for Governor and Senate support a LGBT rights and women’s rights, both of the Republican candidates will send those issues back to the 1950’s. The most extreme of those are the positions of Republican candidate for Governor Doug Mastriano, whose position on women’s rights is so extreme that he does not leave any option for abortion even in the case of rape or incest. He also said in 2019 that women who get abortions should be charged with murder. His Republican running mate for the U.S. Senate, Mehmet Oz, has stated that “life begins at inception” and while he says he does not believe that women or doctors should not be held criminally liable for having or performing an abortion, he leaves other options open while stating that he is 100% pro life.

The result of Mastriano being elected would mean that on a state level, he would outlaw abortion completely. Oz, if elected to the Senate, most likely would vote for Lindsay Graham’s change in federal law that would stop all abortions after 15 weeks.

On women’s rights, Republicans would return the country to the era of the wire hanger.

On LGBT rights it’s an even easier choice. The Democratic candidates for both Governor and Senator are fully onboard with LGBT rights. Josh Shapiro proudly promotes his long standing position of an LGBT ally on his TV ads. And as Lt. Governor, Democratic Senate candidate John Fetterman famously hung the Rainbow flag from his capital office to show his LGBT support, which resulted in the Republican controlled State Senate to pass legislation against flags from the windows of the Capital.

On same-sex marriage, Josh Shapiro was an early supporter long before it became law. And John Fetterman has not only performed LGBT marriages while Lt. Governor, but has also stated that if elected he would support the pending legislation to make marriage equality the land of the law so that the Supreme Court can not vote your marriage out of existence. Republican Oz says he supports marriage equality, but will not state if he’d support the legislation codifying it into law.

And when it comes to Doug Mastriano, he is most likely the most homophobic extremist candidate in the entire nation. Not only does he state that he would support legislation to outlaw marriage equality, but just when you thought this race could not get any more crazier, he also defended conversion therapy in a radio interview and went on to say that LGBTQ children are simply “confused.” He blamed the “confusion” on educators, saying schools “have graphic pornographic books laid out.” His campaign even has, on occasion, trotted out an evangelical who claims to have a magic cake that, if LGBT people ate it, would cure them. That is not a joke. It’s dangerous.

On LGBT rights, Republicans would put us back in the closet.

So in this election, we say “No Hangers or Closets.” We are not going back!