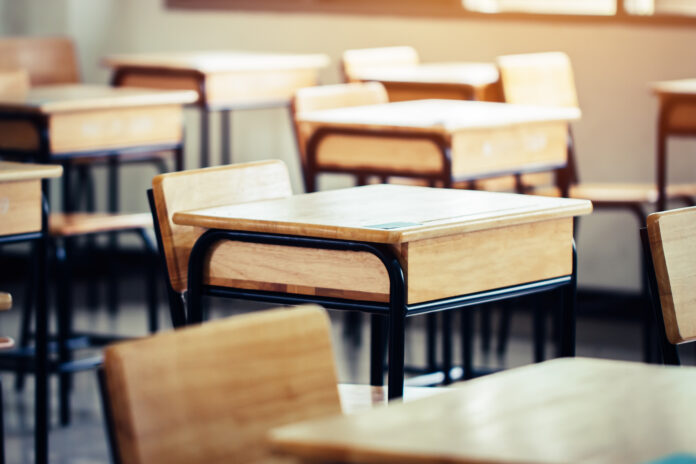 Legislative attacks on LGBTQ youth are not a new phenomena. As more LGBTQ secondary school students came out publicly in the ‘80s and ‘90s, so too did opposition to both their increased visibility and to their choice to come out at all. Such opposition often took the form of campaigns to restrict LGBTQ students’ abilities to organize, as was the case for several gay-straight alliances (GSAs) around the country.

The first GSAs in the country, which started with Concord Academy in Massachusetts in 1988 under the leadership of Kevin Jennings — who went on the found the Gay Lesbian & Straight Education Network (GLSEN) — served several purposes: to combat homophobia, to act as a support group for LGBTQ students, and to spread awareness on LGBTQ issues.

“The 1980s were a time of silence and invisibility,” Concord Academy teacher Nancy Boutilier said in an article celebrating the GSA’s 30th anniversary. “GSAs allowed kids who were questioning to attend meetings and not feel stigmatized. The forging of this model was an enormous game changer, and [Concord Academy] was a pioneer.”

In the late ‘90s, several GSA’s were targeted by school administrators seeking to prevent the clubs from forming, meeting on campus, and/or discussing LGBTQ issues. Such efforts included, in many cases, banning all noncurricular student groups, forcing GSAs to change their names, and denying them entry in school yearbooks. Judges in several cases, including those involving East High in Salt Lake City and El Modena High School in Orange County, CA, found that students were protected by the first amendment and the Federal Equal Access Act, which mandates that federally funded secondary schools provide equal access to extracurricular student clubs. Legal cases involving administrators denying students’ ability to form GSAs have occurred as recently as 2018.

As students, teachers and administrators worked to increase LGBTQ visibility in school populations, another issue — LGBTQ representation in textbooks and curriculums — also took shape. In 2011, after a multi-year effort, California became the first state to pass a law that LGBTQ history be taught in schools. The state followed up the milestone by being the first to mandate LGBTQ-inclusive history textbooks in 2017. Then, starting in 2019, New Jersey, Colorado, Oregon, Illinois, Nevada, and Connecticut also passed legislation requiring LGBTQ-inclusive curriculums.

For New Jersey’s efforts, advocacy group Garden State Equality created an interdisciplinary curriculum for the state that went beyond history and social sciences, but also included LGBTQ representation in math and science curriculum, such as include a husband and a husband in word problems involving families.

However, just as many school districts rebelled against the idea of GSAs, so too did state legislatures try to limit the ability to teach LGBTQ history and inclusion in schools. Starting in the early ‘90s, states including Arizona and Texas began to introduce laws dubbed “No Promo Homo,” which sought to cull discussion on homosexuality as it related to HIV/AIDS. General discussion of LGBTQ issues in the classroom was also banned in many states. While many states repealed such laws over time, currently Texas, Oklahoma, Louisiana, Mississippi, and Florida have laws on the books.

In addition to the challenges faced in organizing clubs and seeing themselves reflected in curriculum, LGBTQ students have historically faced threats of physical violence and discrimination from fellow students, teachers and administrators. Trans students in particular have faced issues unique to gender identity, including, but not limited to, the use of school bathrooms.

At the beginning of the school year in 2014, Gavin Grimm, a trans male student at Gloucester High School in Virginia, approached school officials with concerns that using the nurse’s bathroom — which Grimm had initially decided to use to avoid bullying — was not working.

“Because many of my classes are located quite far from the nurse’s office,” Grimm said in a 2014 article for the ACLU, “trekking back and forth took a good amount of time away from classroom instruction. But what’s more, the experience was humiliating. It was a glaring reminder of my differences, one that caused me significant discomfort every time I had to use the restroom.”

At first, the school allowed him to use the boys’ bathroom, but in December 2014, the county school board voted that students had to use the bathroom that aligned with their biological sex. Grimm filed a federal lawsuit in 2015, and a federal appeals court ruled in his favor, which prompted the school board to appeal to the Supreme Court, which agreed to take up the case. The case had to be re-litigated, however, when the Obama administration ended and the Trump administration reversed the Obama-era support for trans students. It took until 2022 for the Supreme Court to decline the case, which meant a victory for Grimm, who had long since graduated high school.

However, the court’s decision did not grant nationwide protections for trans students, but only trans students in states in the 4th Circuit, which includes Grimm’s home state of Virginia. Such piecemeal protections — for issues that have not been federally codified and have not received a ruling from the Supreme Court — have become standard for LGBTQ issues including housing, public accommodations, and many student-related issues.

Thus far in 2022, state lawmakers have proposed a record number of bills that seek to limit the rights of LGBTQ people, including youth.

This article first appeared on News Is Out, an LGBTQ media collaborative.