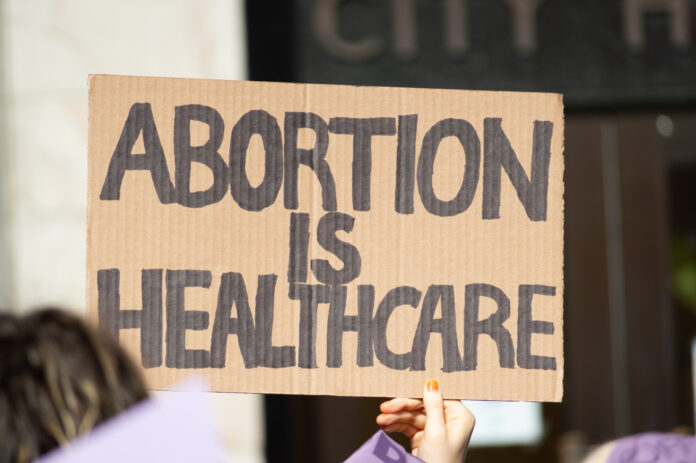 In the days following the Supreme Court’s ruling striking down Roe v. Wade, there was an understandably enormous amount of backlash, both at the Court itself and at the states who were all-too-quick to ban abortion as soon as SCOTUS said it was okay. People began mobilizing underground networks to help women cross state lines and doled out advice on how to avoid being detected in states that seek to persecute people seeking care.

The other thing that happened is that, due in large part to the words of Justice Clarence Thomas, people immediately turned to same-sex marriage as the next civil right to be cruelly ended by the Court. The social media reaction to the probable end of marriage equality seemed nearly as loud, in some spaces, as the outrage to the end of abortion.

However, while marriage equality is still here for now, abortion is gone in 18 states. Abortion rights is where the LGBTQ comminity needs to be today.

We need to throw all our collective weight behind the issue, not just for the members of the LGBTQ community who need reproductive rights the most, but because abortion rights have everything to do with LGBTQ rights. There are a couple different ways to use your power.

The first thing that has to be said, since it’s what got us here in the first place, is that you need to vote in every single election and do everything you can to get others to do the same. 100 thousand people did not vote in 2016. Whether or not those 100 thousand people would have swayed the election result is debatable, and it’s something we’ll never know. But we cannot endure another election like that again.

Abortion is, by itself, an issue that sways elections. A politician can fit a voter’s preferences in 99 different ways, but if they don’t fit in with their views on abortion, that can completely turn someone off.

The second thing to do to help is to get hyper focused on local and statewide politics. Chances are, if you’re reading this, you’re already well informed. If that’s the case, spend ten minutes informing your siblings, or your parents, or your friends. This is critically important in a state like Pennsylvania. Rep. Malcolm Kenyatta recently tweeted that Senate Republicans in Harrisburg are trying to pass a constitutional amendment to ban abortion. The Republicans actually tried to run the amendment in the literal dead of night as budget negotiations were happening. If the abortion amendment passes it this year, and again next year, it will go before voters to determine whether it becomes law.

It doesn’t matter if you live in the liberal bubble of Philadelphia. State law trumps city law. It’s like a game of rock-paper-scissors, where you’re the paper and they’re the scissors every single time. If an abortion ban is passed in Harrisburg, it won’t matter what Philadelphia City Council does. People in Pennsylvania will have to go to New Jersey to get abortions. While that might be easy for some who live nearby, what about those who live midstate or have to rely on public transportation? It would be an incredibly difficult task.

Another thing you can do is keep sharing the stories of the horrors that have already been happening since Roe ended. In Ohio, a ten year old girls who were victims of abuse are being forced to seek abortions out of state. People in other states, even those who are not pregnant, are being refused medications because they may cause miscarriages. Last Tuesday, a Mississippi judge allowed an abortion ban to go into effect and began the hearing with a minister who said “Lord… We seek your truth, not our own.”

One other thing you can do, for your own sanity, is to have hope but still remember the facts. Anti-abortion activists worked for decades to overturn Roe v. Wade. We may have to work for decades to restore those rights for all. But the rights will be restored if we stay focused and work together.