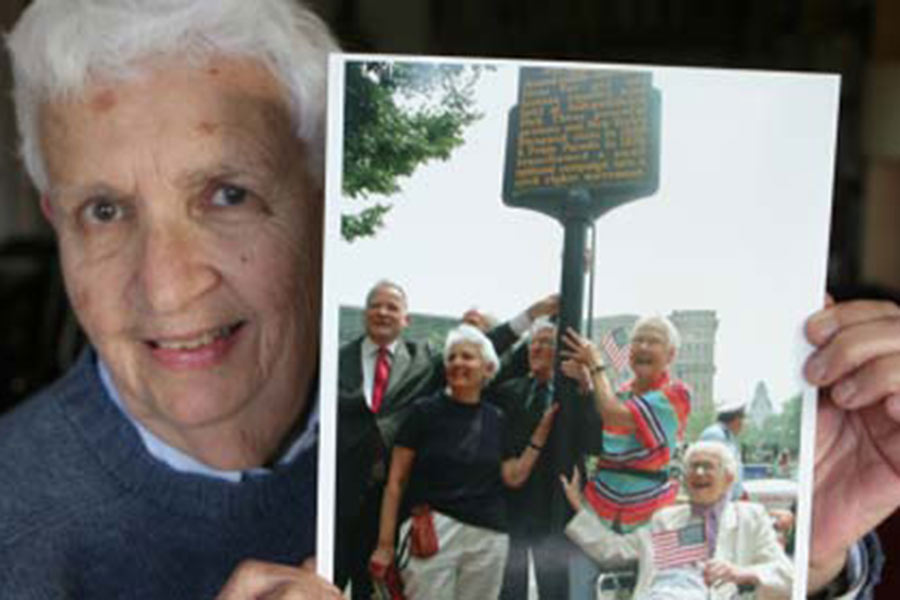 How many of these names do you know? Dr. Ethel Allen; Congressman Robert N.C. Nix; Guy West; Tyrone Smith; Michael Hinson; Ada Bello; Kiyoshi Kuromiya; Gloria Casarez; City Councilman Angel Ortiz; Darlene Garner; and Joseph Beam… and we could name many more. They are part of Philadelphia’s rich LGBT history, and they are all people of color, leaders, visionaries, organizers and allies. And somehow, most people don’t know who they are, because we don’t celebrate our own history, especially those who created the community and rights we have today.

While I don’t have room in this column to tell you about all of them, here’s a few who stand out historically, and in two cases, who little has been written about.

Dr. Ethel Allen was a Republican City Council member in Philadelphia who was chosen by Republican Governor Richard Thornbugh to be his Secretary of State in 1979. She was fired within a year after issuing a state resolution that declared June as Gay Pride Month. The excuse the Governor’s office gave for her firing was “she made too many long distance phone calls and was not in her Harrisburg office enough.” As a proud lesbian, the resolution was her contribution to our fight for equality. That resolution is now in the Smithsonian.

Congressman Robert N.C. Nix, an LGBTQ ally, became the first African American Congressperson to co-sponsor the original federal equality legislation in 1976. He was also a founding member of the Congressional Black Caucus.

Kiyoshi Kuromiya has an incredible life story. Born in a Japanese internment camp in Wyoming, he became a student activist in the 1960’s, marched with Martin L. King, and as he stated, came out publicly at the first gay pickets at Independence Hall in 1965. He then became a founder of Philadelphia’s Gay Liberation Front. He was also one of the founders of Philadelphia’s ACT UP.

Ada Bello is a true founder of the LGBT movement for equality. Her activism goes back to 1967, when she helped create the Philadelphia Chapter of Daughters of Bilitis. In 1968 she demanded a meeting with police when they raided lesbian bar Rusty’s and arrested 12 individuals there.

Bayard Rustin is probably the most prominent name from this area on this list. Rustin was a man who struggled with his gay identity, but it was is a major factor in his life of faith and civil rights work. His story includes working with Dr. Martin L. King to organize the March on Washington, as well as the FBI attempting to blackmail Black leaders into disowning him due to his sexuality. He was defended by Dr. King. Later in life, that struggle between his work in the Black civil rights movement and his gayness is what our debate on intersectionality is all about. His is an example of what many people who struggle with their sexuality are still going through today.These are just a few of the stories, and if this subject is of interest to you there are a few places I’d suggest you go to discover others not listed here (and there are many, many others). You can visit the John J. Wilcox Archives at the William Way LGBT Community Center, and you can also look to historian Marc Stein, whose writing about LGBT history can be found in numerous places on the web. And, of course, you can visit PGN’s history section at epgn.com/category/history/.