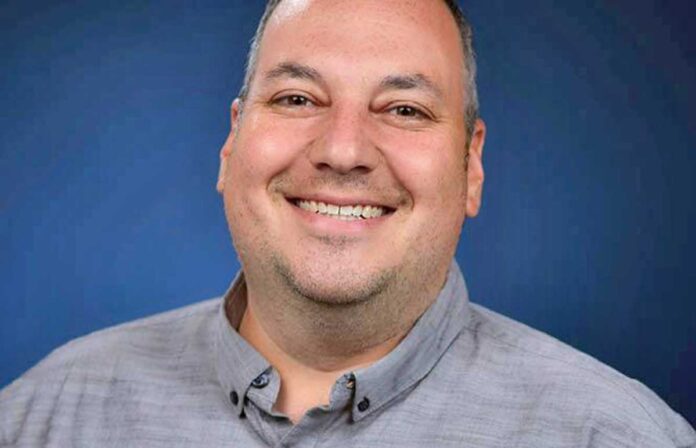 For Adrian Shanker, stepping down from his role as founder and executive director of Bradbury-Sullivan LGBT Community Center is bittersweet. After announcing the concept in 2014 and opening the center’s doors in April 2016, it became the Lehigh Valley’s only LGBTQ community center. But beginning this April, Shanker will start his new job as executive director of the Spahr Center in California’s Bay Area, an LGBTQ organization that provides HIV care services and doubles as a community center.

“We are excited to welcome Adrian to our community,” Spahr Center Board President Denny David said in a press release. “We know that his experience founding an LGBT Center and commitment to health equity will ensure the Spahr Center reaches the goals outlined in our Strategic Plan: ensuring that every LGBTQ+, HIV-positive and affected person in Marin County feels that we belong, are valued, and that our civic institutions ensure our health and well-being.”

The Spahr Center is Marin County’s only organization that serves and uplifts LGBTQ communities and people living with and affected by HIV. Its services include therapy, case management, financial assistance, a food pantry and a harm reduction program. The center also hosts community events including Marin Pride, youth leadership development programs, external trainings on LGBTQ cultural competency, and events for Transgender Day of Remembrance.

Shanker too expressed excitement about bringing his experience to the LGBTQ communities of the Bay Area. He pointed out that Pennsylvania and California differ from each other in terms of LGBTQ rights and protections. For example, the state of California has more substantial laws that bar discrimination against LGBTQ people.

“I am excited to do this work in a state that has a very different political and social climate when it comes to LGBTQ people,” Shanker said. “It has been challenging in Pennsylvania for sure to sometimes have to deal with a challenging advocacy landscape at the same time as we’re trying to provide for the programs and services that the community needs.”

Shanker singled out the Spahr Center’s harm reduction program as particularly important to him, specifically the organization’s syringe services. “In Pennsylvania, outside of Philadelphia and Pittsburgh, [that is] not currently permissible,” he said. “That would require legislative changes to allow that to happen. I’m excited to be part of an organization that is able to do some of those more leading edge efforts when it comes to ensuring a high quality of health for LGBTQ people.” The center’s harm reduction program also provides the overdose reversal drug naloxone, fentanyl test kits and free HIV and Hep C testing.

Other LGBTQ leaders have communicated their support for Shanker as he transitions from leading one impactful community center to the next.

“It’s always exciting to see a leader in the LGBTQ community center movement who has demonstrated such talent, skills, and growth in their current position stay in the movement and take those attributes to another center,” Denise Spivak, CEO of CenterLink: The Community of LGBT Centers, said in a press release. CenterLink is an international organization and association of LGBTQ centers and organizations that serve their communities. “Adrian has accomplished so much at Bradbury-Sullivan LGBT Community Center in Pennsylvania and I’m really looking forward to seeing The Spahr Center continue to thrive under his leadership!”

Shanker has indeed worked to bring enduring change to Pennsylvania LGBTQ communities through his work at Bradbury-Sullivan Center. He and other community leaders successfully sued the Trump administration three times in opposition to its anti-LGBTQ policies, and he created the Pennsylvania LGBTQ Health Needs Assessment, the most high impact state-level LGBTQ health survey in the country. He has produced a wealth of programming through Bradbury-Sullivan Center, including those centered on mental and physical health, youth empowerment, arts and culture, and Pride. He is currently a member of the Presidential Advisory Council on HIV/AIDS for President Biden, and he previously served as president of Equality Pennsylvania when the battle for marriage equality was center stage. He has worked hard to fight for pro-LGBTQ legislation on state and federal levels.

“Personally, I’ll miss my numerous calls with Adrian where we worked to problem-solve one or another issue in LGBTQ advocacy,” said Chris Bartlett, executive director of William Way LGBT Community Center. “Adrian knew where all the politicians stood on an issue, he knew how to pull the right levers, and he knew how to do it in a way to lead to a win-win wherever possible.”

“He was one of the rare leaders who would call me to let me know about a local, state or federal funding opportunity,” Bartlett said. “And he would also let me know what kind of programs would be most likely to succeed in a proposal. I know I’m not the only one that Adrian was generous to in that way. That’s one reason why he’s so appreciated by leaders statewide. Pennsylvania’s loss is California’s gain, though I expect that this is not the last that Pennsylvania will benefit from Adrian’s advocacy. His roots are too deep here.”