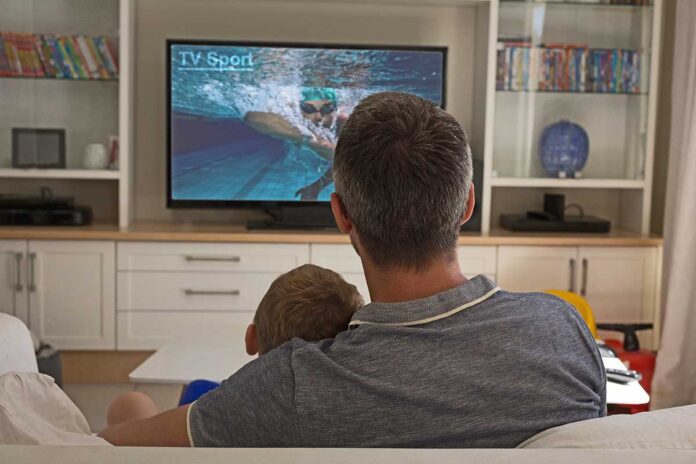 When Janelle Crossley opened Facebook last Dec. 10, she was outraged by what she saw there.

The news operation of CBS-21, a Harrisburg television station owned by Sinclair Broadcast Group, had posted a story to its feed about Lia Thomas, a record-setting, transgender swimmer at the University of Pennsylvania.  Thomas has become one of the public faces of an ongoing public debate over how to accommodate transgender athletes and transgender individuals in general.

The story “dead-named,” Thomas, which means it identified the collegiate athlete by their birth name, instead of the name they used after transitioning. The practice is considered deeply offensive by the transgender community.

That’s when Crossley, of Cumberland County, a transgender woman who is an activist and onetime state House candidate, jumped into action. She told the Capital-Star she called CBS-21 to raise concerns about the station’s coverage.

“It was a rough call for me. I was also ‘dead-named’ by the individual I spoke with at the station,” Crossley said, adding that she was unable to identify who she spoke with on the call. She was referred to as “Sir” even after offering several times that she is properly referred to as a female.

Not satisfied with the results of her initial call to the station, Crossley convened a discussion of the Pennsylvania Coalition for Trans Youth, a recently-formed group created to support transgender youth and their families. The group works to raise visibility and awareness of the issues affecting transgender youth. It also works to “[support] the rights of equity and equality for all of our trans youth and families against hate, bigotry, and discrimination caused by legislators, hate groups,” according to its mission statement.

Based on the discussion, Mackenzie Palmer, an LGBTQ advocate and student, volunteered to make a second call to CBS-21’s news department. Palmer also could not identify for the Capital-Star to whom she spoke during her call.

As a result of Palmer’s call to CBS 21, the station removed the article from its website, explaining in an email response that the station did not “write the article” but the individual responding “was able to remove it from our website.”

In an email response to the Capital-Star about the story and CBS-21’s subsequent communications with the transgender organization, CBS-21 General Manager Bill Bradley said that all Sinclair-owned stations “share content, and the [chain’s] National Desk frequently aggregates content for all our stations.”

He added that the station is “constantly adjusting protocols when it comes to covering sensitive subjects and topics. Society is constantly changing, and we are always working to ensure we are covering people in a fair and empathetic manner.”

In a follow-up email, Palmer wrote that the coalition “greatly appreciates you taking this issue seriously and removing the article. We hope that your care about the trans communities in [Pennsylvania] will continue, and hopefully prevent something like this from ever being posted or staying on your website again.”

The kind of dialogue that took place between the youth trans coalition and CBS-21 played out against the current environment of high visibility for transgender athletes and non-conforming individuals. Through last November, at least 46 transgender and gender non-conforming people were killed nationwide, marking the deadliest year on record, the Capital-Star previously reported, citing data compiled by the Human Rights Campaign.

“For the second year in a row, the trans community has seen a grim milestone: 2021 has become the deadliest year on record, just as 2020 was. Each and every name read and recognized on the Trans Day of Remembrance represented a full, rich life that did not deserve to be cut short,” Joni Madison, the Human Rights Campaign’s interim president, said in a statement posted to the group’s website.

One piece of the creating change puzzle is simply knowing how to communicate with one another.

For Rodrigo Heng-Lehtinen, the executive director of the National Center for Transgender Equality, that involves using every resource available, including guides on how to address transgender people, and his organization’s surveys.

NCTE advocates to change policies and society to increase understanding and acceptance of transgender people. As their mission says, and Heng-Lehtinen reinforces, “we work to replace disrespect, discrimination, and violence with empathy, opportunity, and justice.”

“We want media to do stories on trans issues. And we’d like to create a baseline for how we treat one another. That’s our overall goal,” Heng-Lehtinen concluded.