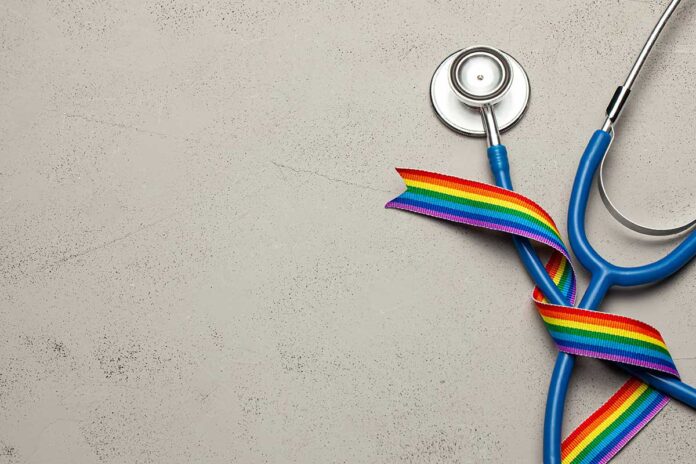 The lawsuit challenges a rule adopted during the Trump administration that undermined healthcare non-discrimination protections contained in Section 1557 of the Affordable Care Act (ACA) established during the Obama administration.

Section 1557 makes it unlawful for any health care provider that receives funding from the federal government to refuse to treat an individual — or to otherwise discriminate against the individual — based on race, color, national origin, sex, age or disability. The Obama administration added protections for sexual orientation and gender identity. The Trump administration rescinded those protections and rolled back numerous others relating to LGBTQ civil rights.

The suit states that plaintiffs in BAGLY v. HHS “represent a broad, national cross-section of those who stand to be most harmed by this discriminatory rule. Plaintiffs include a transgender man who regularly needs to access healthcare and uses health insurance but has faced healthcare discrimination on the basis of his gender identity repeatedly, two leading healthcare providers with an history of service to the LGBTQ+ community, as well as patients who are chronically ill, living with HIV, disabled, immigrants, limited English proficient and people of color; and four organizations that provide a wide range of services to these same communities across the United States, including facilitating access to healthcare.”

On January 12, the Trump administration formalized a 77-page statement regarding the rollback, published in the Federal Register and scheduled to go into effect on February 11. That had first been introduced in June 2020 and is the subject of the BAGLY case.

HHS narrowed nondiscrimination protections for LGBTQ people seeking services of health and welfare programs that are funded by HHS. The new regulation stated that an Obama-era protection for sexual and gender identity violated the Religious Freedom Restoration Act.

The HHS change affected LGBTQ people in all health, welfare and social service areas, including things as basic as meals for the elderly, transportation for chemotherapy and dialysis treatments and housing in homeless shelters, as well as all healthcare for queer, trans and non-binary people.

Since that HHS rule went into effect, there have been several studies released explaining that LGBTQ people have been disproportionately impacted by the pandemic, as PGN has reported.

The federal government had filed a motion to dismiss the BAGLY case, but the court allowed many of the claims to proceed. Concomitantly, the court postponed consideration of other aspects of the lawsuit that are part of other court cases challenging the rule.

A group of individuals and organizations* released a joint statement on the lawsuit’s continuation.

The statement reads, “The ongoing global pandemic underscores the importance of ensuring that everyone has access to quality, affordable healthcare free from discrimination or harassment. The Affordable Care Act clearly and deliberately outlined nondiscrimination protections for patients, including members of the LGBTQ+ community, people who are seeking or have obtained reproductive care, and people living with chronic conditions such as HIV, and we remain committed to defending those protections. The lives of our patients, members, and the people we serve depend on it.”

The statement concludes, “While we are pleased that the Court has recognized the importance and validity of our claims, we are disappointed that we will need to continue to fight for members of our community who are being denied access to health care. We will not give up until all people have access to the safe, accessible, and inclusive health care they need, free from discrimination. The lives of our patients, members, and the people we serve depend on it.”

The initial lawsuit said the rule undermining healthcare nondiscrimination protections violates the Administrative Procedure Act by being “contrary to law, arbitrary, and capricious,” and violating the Equal Protection Clause of the 14th Amendment. The rule contravenes the Supreme Court Ruling in Bostock v. Clayton County, which found it is unlawful to discriminate based on sexual orientation or gender identity.

The BAGLY lawsuit also says the new rule would “increase potential for discrimination and harm against LGBTQ patients and people trying to obtain reproductive healthcare stigmatize abortion and other pregnancy-related care, harm patients with limited English proficiency, including immigrants and Indigenous people who rely on Indian Health Services (IHS) for healthcare, and harm people with chronic illnesses, including those living with HIV.”

The rule will also “create confusion about the scope of protections against discrimination under federal law.”

There are numerous arguments against the rule, among them that queer and trans people already face discrimination and humiliation from the health and welfare systems. LGBTQ people in rural areas face significant discrimination in healthcare that can create serious health and mental welfare issues for them. These are exacerbated for people of color, immigrants and Indigenous people.

In May, prior to a federal court hearing in the case, HHS announced that the Office for Civil Rights would interpret and enforce Section 1557 and Title IX’s prohibitions on discrimination based on sex to include discrimination on the basis of sexual orientation and gender identity.

One of the plaintiffs in the BAGLY case, Campaign for Southern Equality, stated on Aug. 21 that while they were “encouraged by the announcement, HHS’s actions fell far short of addressing all of the harms from the 2020 Rollback Rule that the lawsuit challenges.”

Campaign for Southern Equality said the HHS announcement “did not address the 2020 rule’s rollback of nondiscrimination protections for people who have obtained or are seeking reproductive health care. It also did nothing to address the significant change in scope of entities that are subject to the rule, which lets many insurers off the hook from complying with these critical nondiscrimination protections.”

In court, plaintiffs’ attorneys pressed the government to rescind all challenged parts of the Rollback Rule and provide assurances that HHS will lawfully interpret and enforce Section 1557, including to provide the protections at issue in the lawsuit.