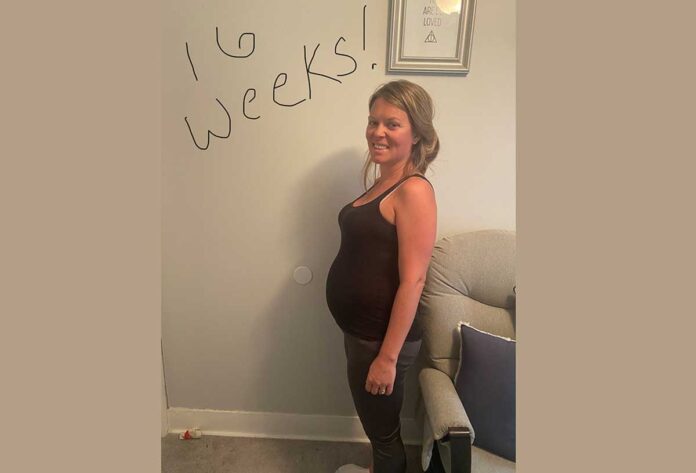 There are lots of hard aspects of getting pregnant, especially if you’re using artificial reproduction: the emotional upheaval, the costs, the invasiveness, the stress. And being pregnant comes with its own challenges as well: the exhaustion, the fears of complications, the body aches, the worries that accompany any new and unknown chapter.

But, like most people who conceived in the last year-and-a-half, I’ve found one of the hardest parts of the process has been the context — that it’s happening during a pandemic.

Pregnancy is shrouded in unknowns: Will it work this time around? Will the precarious first trimester go smoothly? Will the baby (or, in my case, babies) be healthy? How am I going to manage these new additions to my life? Grappling with the fact that the answers to those questions are unattainable is certainly a feat; a high-stress situation can seem less so if we’re at least living in a stable, predictable world — but when that world is (quite literally) on fire, it just exacerbates the stress of the unknown.

My pregnancy journey has been riddled with unknowns that have been made worse because of the pandemic. This spring, in between monthly attempts, I was trying to figure out how and when to get my COVID vaccines, complicated by the tiered start dates for each group of Pennsylvanians and the fact that the doctor recommended not getting either the first or second shot within three days of an IUI attempt (the date of which it’s impossible to predict too far ahead of time!). Ultimately, I prioritized getting vaccinated over having to delay a monthly attempt if needed and, thankfully, the timing had me getting my second shot exactly three days after the IUI (which ended up being the successful one!).

Now, many of our pandemic-related unknowns around the pregnancy are kicking back up thanks to the Delta variant. I’m vaccinated but pregnancy is still considered a high-risk category. What does that mean for where I should travel, who I should be in contact with, mask use? The hospital we’ll be delivering at recently started allowing minimal maternity visitors, but will they roll that back come wintertime? What precautions will we need to take to protect our infants from the virus?

With a pandemic still so new and changing so quickly, it’s unlikely that we’ll have definitive answers to these questions. But we’re almost guaranteed that many more unknowns will pop up in the coming months.

Last week was the very first doctor’s appointment related to my pregnancy that Ashlee was able to attend in person — the fetal anatomy ultrasound — thanks to the fact that our healthcare provider just recently began allowing one support person to attend such appointments. Before that, I’ve been flying solo at dozens of appointments since the fall — routine blood draws and screening ultrasounds, a polypectomy, IUI procedures, consults and more, a sharp deviation from Ashlee’s pregnancy three years ago, when together we sat through appointments both mundane and exciting.

While I certainly didn’t need Ashlee to hold my hand during bloodwork or anything, not having her there has been pretty isolating, as most parents-to-be who’ve gone through the process in the last year-plus would likely agree. Even at the run-of-the-mill appointments, there’s an experience — a funny interaction with another patient, annoyance over the long wait times, a question you’re struggling to remember to ask — that you want to share with the person with whom you’re bringing a new life into the world.

And at the harder visits, that absence is certainly felt. As part of the testing prep, I had to undergo a hysterosalpingography and wouldn’t wish that pain on my worst enemy; I remember Ashlee squeezing the life out of my fingers when she had the same procedure but I and all the other pandemic parents-to-be were left to grasp at the table edges. There have been plenty of upsetting and surprising moments too — concerning test results and the oh-so-shocking news that we were about to become parents of twins — that I fielded solo, unable to mouth the “what the f***” that was going through my head to Ashlee and instead being forced to flee to my car for a good solo cry.

The isolation isn’t just on my end. As same-sex parents, there’s already an innate disconnect between the non-biological parent and the pregnancy process; I certainly felt it during Ashlee’s pregnancy with Jackson. While I have vivid memories of each step of this process, Ashlee, unfortunately, barely knows what any of the doctors or nurses we worked with even look like—other than what she could glean from around their masks through the occasional FaceTime.

While not nearly as emotionally charged, the logistics that planning a pregnancy during a pandemic presents certainly brought with them a ton of headaches. We didn’t tell anyone we were gearing up for a second (third!) baby as we started the process, so whenever I had a doctor’s appointment that fell on one of the two days Jackson is home from daycare with me, I had to rope in a babysitter with a fake story. And, especially in the months before everyone in our circle was vaccinated, we had a lot of hesitancy about doing that. A number of times, we tried to switch his days at school to accommodate the appointments but weren’t able to because the school was understaffed with COVID-related absences.

There have also been numerous occasions where someone in our house has been sick and we’ve been afraid to call in a sitter to cover for an appointment. The most challenging was during two separate COVID exposures at Jackson’s daycare in April—the second of which resulted in his contracting the virus. We knew we couldn’t risk exposing anyone at our house, including from visiting the reproductive center, so we had to forgo the whole month of appointments, a major disappointment after two failed attempts. And in between each IUI attempt and the pregnancy test, the dreaded “two-week wait” was made all that much harder by COVID; online blogs clearly written before the pandemic advocate for parents waiting for the news to distract themselves with a trip to their favorite museum, a night out at a romantic restaurant or a weekend getaway — all of which were obviously dated suggestions.

Now that we’re expecting, we’re still feeling the COVID reverberations. While we’re hopping onto Facebook yard sales to collect some used items for the twins, that comes with a healthy dose of hesitation and unease (and masks and Lysol when we have found some goods we’ve bought), as does having unfamiliar folks in the house, like those coming to lay a new rug in the babies’ room. From debates about unvaccinated guests at baby showers to questions over crowd sizes at gender reveal parties, parents-to-be are dealing with loads of unprecedented logistical questions.

But, as we’ve all learned over the last year-and-a-half, and certainly have been reminded of in recent weeks, there’s little we can do on a macro level to change the course of the pandemic. Instead, it’s all about keeping our little slivers of the world safe and sane. For us, that means we’re vaxxed up, masked up and are trying to learn to get comfortable with the uncomfortable and be ready to roll with the unpredictable. After all, this craziness all has to end one day, right?