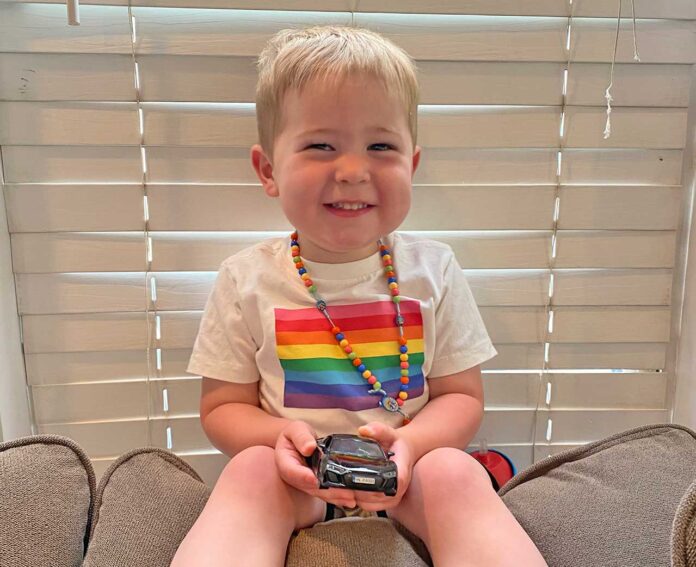 Every time Pride month rolls around, the thought pieces about why Pride is needed — or, by some critics, why it’s not — start churning out. I’ve long fallen on the side of those who tout the benefits of Pride. Despite its over-commercialization in some corners, Pride provides integral visibility and affirmation for an oft-marginalized community. It can be a time of reckoning for those just starting their coming out journey, an opportunity for others struggling along that path to find solace and even a chance for some to have their eyes opened to the realities of what it means to be LGBTQ.

Now, I’m able to appreciate just what Pride could mean to another population: kids of LGBTQ parents.

Years ago, when Ashlee and I were dating and would talk hypothetically about one day having kids, a part of both of us worried about how that child would be treated by society: Would they face bullying? Would they feel othered because of their family? Would they have a more challenging time moving through life because of who their parents are? We felt like a lot of those answers hinged upon what the world would be like when the time came that we actually had a kid.

That day arrived in 2018, and society had certainly progressed significantly from the time Ashlee and I got together 11 years previously — and it has continued to evolve, even throughout Jackson’s young life. We’ve been incredibly fortunate to have rarely encountered anything but support as we’ve navigated these first three years of Jackson’s life as an LGBTQ family. Part of me wishes that would be enough — that our little family could blend into boring, suburban life and the fact that Jackson is growing up with two moms would be no more than a blip in his life story.

However, he is different, we are different and there’s no denying that. Even though what sets Jackson apart from other nearly 3-year-olds may not prompt the ill treatment Ashlee and I once feared, he’s still growing up in a family that doesn’t look like most he will encounter. And regardless of how others will one day treat him because of that, the reality is that being part of a community that is “different” will certainly shape how he thinks about himself.

That’s where I think efforts like Pride can be an important eye opener for Jackson. Pride is a global venture — one that has the potential to make Jackson’s small world seem a lot bigger; even if he ends up being the only kid in his class with two moms, Pride can show him that he’s far from alone. During Pride month, he may spot kids with LGBTQ parents on TV commercials marking the occasion, learn about diverse families in books at school and (once COVID is over!) get to meet many other LGBTQ families at Pride events.

Visibility is one significant byproduct of Pride — and affirmation is another. I want Jackson to learn from a young age that, even though his family is different, different is beautiful — and Pride is an opportunity to start building that recognition. It gives him the chance to learn about the LGBTQ community’s history — to see how the movement got its modern start with the drag queens and trans folks who fought back in 1969; how the community persevered through the loss of an entire generation to HIV/AIDS; how LGBTQ people continue to be at the forefront of the fight for racial and gender equality. I want Jackson to connect to the deeper meaning of Pride to transform his concept of “difference.” Being raised outside of the binary, white-picket fence family isn’t something to hold him back but, rather, it has the ability to propel him forward.

Taking pride in this community, and all that it represents, could, I hope, lay a strong foundation for those times when he inevitably will feel like he stands out. In just two years’ time, Jackson will be starting kindergarten and, like all kids that age, will likely be eager to find friends and fit in. And, at that age, any minute difference — the kid who wears glasses, the kid with red hair, the kid with hand-me-down shoes — can be a magnet for kids who don’t have a strong foundation, who have a need to prove themselves and their worth by cutting other people down. When that day comes, I want Jackson to know he has not just his two moms behind him, but the power of an entire community.