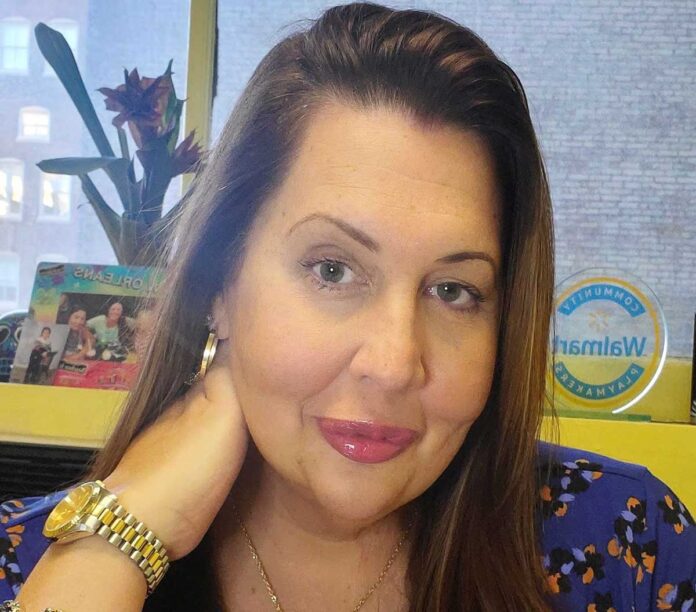 LGBTQ community leader Deja Alvarez has announced a run for state representative of the 182nd district. Alvarez is the director of community engagement at World Healthcare Infrastructures and chairperson of the Philadelphia Police LGBT Liaison Committee. In 2020, during the COVID-19 pandemic, she founded a food program for undocumented immigrant families and other food insecure individuals.

The 182nd district serves a large section of Center City, including the Gayborhood and Rittenhouse Square, as well as parts of Fairmount, Queen Village, Hawthorne, and Logan Square. The seat is currently held by Rep. Brian Sims, who is running for Lieutenant Governor. Alvarez is the second LGBTQ person to announce a run for the seat. If elected, she would be the first trans person to serve in the state legislature.

“I have a lived experience that is very different from most in the capital,” Alvarez told PGN. “I think that’s important. I want people that come from every background, every story, every corner of the city, to be able to look at me and say ‘hey, she came from where she came from, she’s part of multiple marginalized communities, and now here she is running for office. And if she can do it, I can do it.’ I think that’s important for me, for other people to be able to see a little bit of themselves in me on some level.”

Alvarez grew up in Philadelphia and has been a leader in the LGBTQ community for many years. She was the director of the LGBTQ Home for Hope, the first shelter in Pennsylvania to specifically serve LGBTQ people, and she was recognized for that work by the Delaware Valley Legacy Fund’s annual Hero Awards. She has also served on the board of directors at the William Way LGBT Community Center and worked as an assistant prevention navigator at the Philadelphia Department of Public Health, where she helped LGBTQ people access medical services and appointments.

“I feel like in my advocacy and my background in nonprofit public health, I’m used to doing the most with the least,” Alvarez said. “A lot of the work that I’ve done and do is formed out of tough circumstances. That’s the work that I’ve always done.”

Alvarez believes that her background and experience in working with a wide variety of people will serve her well in the often gridlocked legislature in Harrisburg.

Alvarez, who previously ran for City Council in 2019, said it took time for her to believe a person like her could run for public office.

“I feel like, for a long time, I believed, like I think many people believed, that you had to be of a certain background, from a certain type of family, from a certain area, and had gone to an Ivy league school in order to be worthy of being an elected official and someone that represents the people. But then I learned, and what I think we are all starting to learn, is that idea is a false notion.”

Alvarez went on to say that many politicians do not have the lived experience of the residents they serve, especially when it comes to issues such as homelessness and poverty.

“They talk about being homeless or hungry or having to survive, but the majority of them have never actually experienced that. So how do they go into office and represent us in that manner? Then a few years ago I realized, ‘wait a minute, why not me? Why not more people like me? People like us who have those kinds of experiences? Who better to fight for that, talk about that and help get legislation passed for those issues then the people who have actually experienced those issues?’”

While Alvarez continues to build her campaign staff, the top two members of her team are women of color: campaign manager Mariel JK Martin and deputy campaign manager Crystal Cheepudom. She and the campaign team recently drove every block of the district, and they plan to launch a listening tour in the coming weeks.

“I hope that one of the things we can do with this race and in Harrisburg is let folks know that we’re here to represent everyone, not just one marginalized community. If one of us gets in, then all of us get in. Our collective voices not only get us there, but they are represented when we’re there.”

When asked how it would feel to be the first trans person to serve in the state legislature, Alvarez said she understands the responsibility and that she is a person who thrives under pressure.

“I think the more voices we have in places like Harrisburg, the more change we can make and the more we help move the world along in a direction that is truly equitable for everyone.”