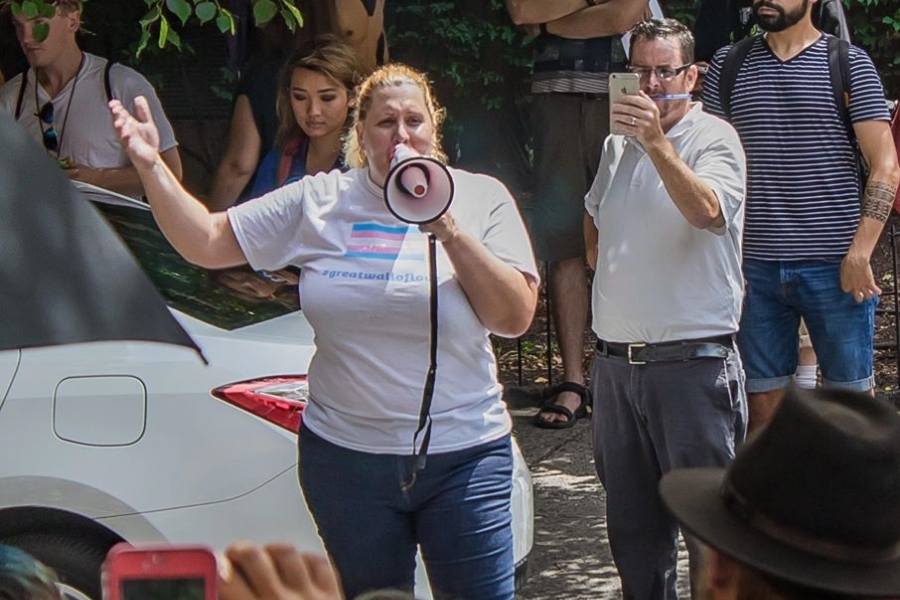 Deja Lynn Alvarez, an LGBTQ advocate and trans woman, has announced her candidacy for an at-large seat on the Philadelphia City Council.

Alvarez is the city’s first trans candidate for an at-large seat on the council and said it is time for someone with a fresh perspective on important community issues.

“I think for far too long we’ve had the same old, same old in politics here in Philadelphia. I’m tired of seeing people try to represent communities they couldn’t possibly understand,” said Alvarez, who is running for a Democratic at-large seat. “I think I’ve been doing the work for a long time in the community and it just started to feel like it was time for us to stop asking for a seat at the table and take our seat in City Hall.”

All 17 city council seats are up for election in 2019. City council is comprised of 10 members elected by district and seven members elected at-large. The five Democratic at-large candidates receiving the most votes earn the seats. The primary election will be May 21.

Alvarez grew up in Philadelphia, the city she calls her home, and expressed the importance of fully understanding different issues with a firsthand account.

The longtime trans activist and LGBT advocate said she knows what it is like to be at the intersection of minorities.

But being Latina and being trans and not having a shot at an Ivy League education has never stopped her, she said.

“I know I can do the work,” Alvarez said.

Alvarez serves on the board of directors for William Way LGBT Community Center and Liberty City Democrats. Additionally, she is co-president of the Philly Women Rally board of directors. The group has organized a local contigent to the national Women’s March, which will be held for third time, Jan. 19.

Alvarez is currently a member of the Mayor’s Commission on LGBT Affairs and is a city consultant on trans issues. Additionally, Alvarez is a member of the Philadelphia Police Liaison Committee and Pennsylvania HIV planning committee. She was formerly the executive director of the LGBTQ Home For Help — a local shelter serving the LGBT homeless community.

During her time with Home For Help, Alvarez would oversee the facility and its residents, as well as handle counseling and fundraising.

“People want someone who knows what they are talking about, has had these issues. We need to start listening to people. That’s the other problem. If I take a seat at city council, I’m representing the city. I need to make sure I’m listening to what their concerns are and what their ideas are for solutions,” Alvarez said.

Alvarez also spends time as a peer counselor in the trans community and is a founding member of the Trans Wellness Program at the Mazzoni Center. She is also the co-founder and former facilitator of a skill-building and support program for transgender women called Sisterly Love.

“How do we attack poverty? How do we create jobs? Of course, addiction and homelessness are things I’ve experienced myself, that I have dealt with, and have been the recipient of those services and provided those services,” Alvarez said.

“I see where the gaps are and where we’re missing the mark. It stems from a bunch of people making decisions who never had to utilize these services. Then being on the other side, and worked and provided those services, gives me a very unique perspective,” the candidate added.

According to Alvarez, there is also a need to strengthen small businesses, and increase job opportunities and city services.