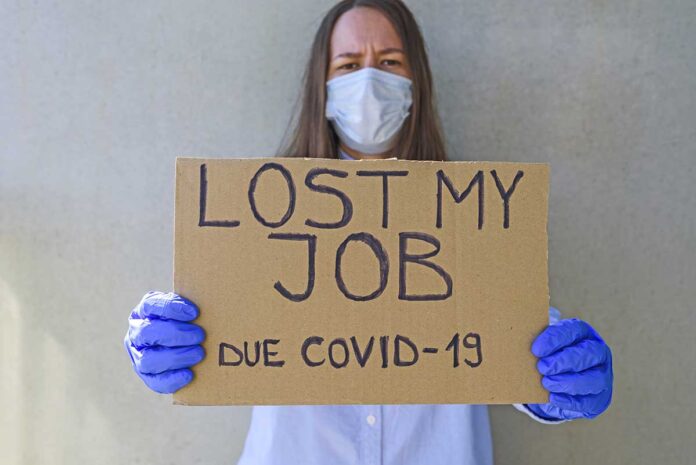 Editor’s note: Some names in this story have been changed to protect privacy.

Marc Cruz was a server. Eliot Davis worked in retail. Cherie Williams worked in a nail salon. Amanda Martin was an adjunct professor at a local university.

All are LGBTQ, all lost their jobs in the pandemic, all are struggling financially and all told PGN that there has been less help for queer and trans people during the COVID lockdown in the Philadelphia region than they could ever have imagined.

All are suffering from depression and anxiety.

Cruz, Davis, Williams and Martin are not alone. According to data from the Movement Advancement Project (MAP), LGBTQ households, especially those headed by Black and Latinx LGBTQ people like Cruz and Williams, experienced disproportionate, negative impacts as a result of the COVID-19 pandemic.

According to MAP, this includes being twice as likely to be unable to get necessary medical care and four times more likely to not have enough food to eat as non-LGBTQ households. It also means access to mental health care is limited.

“LGBTQ people and their families will likely continue to face stark, and disproportionate, impacts on their economic security and their physical and mental health,” MAP asserts.

“It’s clear that the COVID-19 has amplified and exacerbated disparities that existed before the pandemic. LGBTQ people were more likely to struggle with economic stability and have challenges with access to health care prior to COVID, and that’s even more true now,” said Logan Casey, Policy Researcher at MAP.

That is Eliot Davis’s lived reality. His decades in retail ended with the pandemic. Davis had changed jobs in November 2019.

“I was excited about the change,” he said. “The time seemed so right.” It wasn’t. The shop he was managing was new and “when everything shut down in mid-March, that was it for us. We hadn’t established enough of a consumer base in the lockdown to keep up a small business that was really dependent on foot traffic.”

Davis is still emotional about it. “I lost more than my livelihood,” he says. “I lost my anchor. I feel so adrift.”

Davis is one of many in similar circumstances. Sixty-four percent of LGBTQ people and their families experienced a job loss or disruption, compared to just under half (45 percent) of non-LGBTQ households, according to MAP.

“The pandemic just kind of dug in and found all of the inequalities and just turned that into this whole other kind of nightmare for people,” said M.V. Lee Badgett, a professor of economics and co-director of the Center for Employment Equity at the University of Massachusetts Amherst. Badgett told NBC News on March 26, “It is bleak. I mean, there’s really no way around that.”

Bleak is an accurate assessment. Though job loss and economic pain has been felt across the LGBTQ spectrum, the pandemic has had an additional impact on those who are especially vulnerable to higher rates of discrimination. The MAP data shows people of color and trans people are seriously disadvantaged by the economic and mental health impact of the pandemic.

Black trans workers face the highest levels of discrimination, according to the MAP report and others. The Williams Institute found high rates of unemployment claims among queer and trans people at the start of the pandemic, with around 8.9 percent of all workers who filed for unemployment identifying as LGBTQ.

Williams, who lives with her grandmother in North Philadelphia, had been working in a nail salon in the Northeast, a job she’d had for nearly five years. She said, “Having the same job for five years? Five whole years? With support from my boss and no one giving me attitude? When I tell you this was my dream job, I am not joking. I loved it there.”

Her boss, a Russian emigre with a younger gay brother and an affection for queer people, helped Williams build a client base. “She would tell the clients, ‘Cherie here, she knows the trends, you know what I mean?’ and wink. We had a great rapport. She saw my being trans as an asset, not a liability. I mean, how rare is that? How rare is that?”

But nail service can’t be outsourced, and Williams isn’t sure when or if the salon will reopen. “We’re in touch, but I just don’t know.”

Williams knows that getting another job will be hard. “I was really ready to work there forever.”

For Cruz, things are even more bleak. He’s moved from job to job over the past few years, first as a busboy, then as a server. He’s not sure where he will find work once the pandemic eases.

“I lost my apartment last summer,” Cruz says. “I just didn’t have the money, what with unemployment being so little.” He moved in with a straight cousin in Camden. It’s not ideal.

“I feel so cut off from everything,” Cruz explained. He gets assistance and turns over his food stamp allotment to his cousin in lieu of rent. He visits friends in Philadelphia every few weeks, and keeps looking for work.

Cruz says, “Everyone is in lockdown. There’s nowhere to go, to hang out. We’re all just waiting. Waiting for things to get better.”

Amanda Martin says she’s just “treading water.” An art professor at a local university, she doesn’t know when she will be teaching again. Enrollment is way down since the lockdown. “We taught two semesters in zoom classes,” she said. “We were all — students and faculty — doing the best we could do. But the college is still on virtual classes only and there is nothing for me this semester. And no one knows yet what fall will be like.”

Martin just applied for unemployment and food stamps. She had to let go of her health insurance and is applying for Medicaid. “I just couldn’t afford to pay for it,” she said. “I was in therapy for depression and anxiety. It’s so hard without it.”

President Biden has linked vaccinations and economic rebound in recent speeches. But according to the management consulting firm McKinsey & Company, where Pete Buttigieg once worked, “Unless bold action is taken, the post pandemic recovery will further exacerbate inequality.”

McKinsey & Company put out a new report that shows job losses disproportionately affected people in marginalized groups. Political and social reforms are essential, according to the firm’s report. And the MAP numbers just underscore how critical and urgent those changes are.

For those PGN interviewed, returning to their pre-pandemic status feels out of reach. Davis said, “The numbers for retail are abysmal. And I worry that my age and experience are negatives, not positives. I’m not sure what will happen next for me and for many of my friends.”

Davis said, “It’s daunting. For now all we can do is wait. And that is just so hard.”