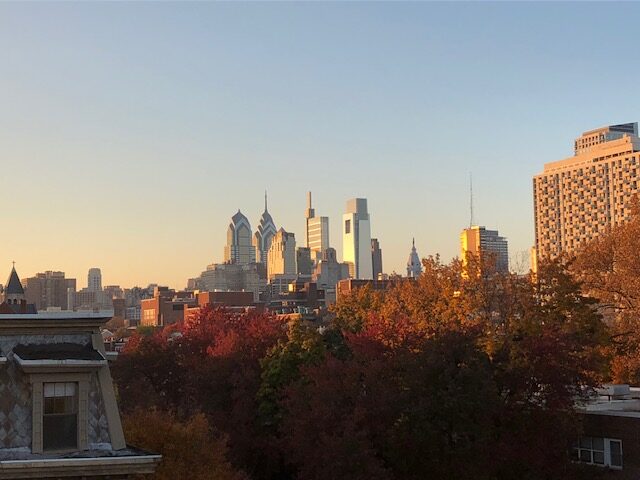 The index is open to any private-sector, for-profit employer with 500 or more full-time U.S. employees. This year, 767 out of 1142 companies achieved perfect ratings, including companies from all 50 states.

“It is important to us that every employee at our company — including LGBTQ+ employees and their allies — feel comfortable bringing their authentic selves to work every day,” said Dalila Wilson Scott, Comcast NBCUniversal Senior Executive Vice President and Chief Diversity Officer, and President of the Comcast NBCUniversal Foundation. “That’s why we are so proud to be recognized as an employer of choice for the LGBTQ+ community, which exemplifies Comcast NBCUniversal’s commitment to fostering an open and inclusive culture.”

“Aramark is proud to, once again, be recognized by the Human Rights Campaign as a Best Place To Work For LGBTQ Equality,” Hanson said in a press release. “Over the past year, we’ve continued to focus on creating equity and increasing access to opportunities for all of our employees, no matter their orientation and gender identity, and helping enable a culture of inclusion, where everyone can bring their whole self to work.”

Celena Morrison, Executive Director of the Office of LGBT Affairs, lauded the results of the index and the employers who put in extra efforts to ensure inclusive workplaces.

“It is exciting to see a number of Philadelphia employers listed among those who scored a perfect 100% on the Human Rights Campaign Corporate Equality Index,” Morrison told PGN. “Philadelphia has a long, proud history as a LGBTQ-friendly city and we see that reflected in many aspects of the city’s culture — including our workplaces. Our local laws protecting against discrimination in employment are critical and have helped make Philadelphia a stronger city, but individual employers who go beyond just the legal requirements and actually take proactive steps to make their workplaces more welcoming for LGBTQ+ employees are equally important when building a truly inclusive environment.”

HRC President Alphonso David acknowledged the challenges that businesses have had to endure this past year.

“From the previously unimaginable impact of the COVID-19 pandemic, to a long overdue reckoning with racial injustice, 2020 was an unprecedented year. Yet, many businesses across the nation stepped up and continued to prioritize and champion LGBTQ equality.”

David continued, stating that “Diversity and inclusion policies and practices advanced through tools like the CEI are critical, but meaningful change requires breathing life into these policies in real and tangible ways, so that LGBTQ employees are truly seen, valued and respected not only at work, but in every aspect of life.”

Other ranked companies with presence in the area including Exelon (PECO), Viacom (CBS), and Disney (ABC), all of which received a 100 rating.