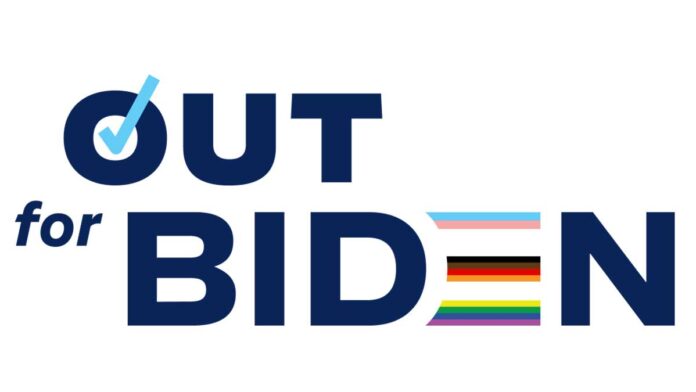 The protests were peaceful on Tuesday night as they moved from outside the Constitution Center at Independence Mall, up Market Street and ended in a rally at Love Park. A few hundred mostly young, racially and gender diverse people gathered to protest President Trump as he held a Town Hall a few blocks away.

The calm protest contravened one of Trump’s main campaign narratives he would repeat at the Town Hall — that “lawless mobs” in “Democrat cities, Sanctuary cities” like Philadelphia are roaming the streets, fueled by Black Lives Matter and anti-fascist protests.

The Town Hall, broadcast on ABC, featured questions from Pennsylvania voters from all across the state, some of whom were undecided, some who did not vote in 2016, and some, including a young Black woman from Philadelphia, who will be voting for the first time in November.

The Trump-Pence administration has been more overtly damaging to the LGBTQ community than any administration in decades, as Charlotte Clymer told PGN.

“This is the most anti-LGBTQ White House in modern history,” Clymer said. “Since day one of this administration, Trump and Pence have relentlessly attacked LGBTQ people and our families.”

Clymer, who served in the military from 2005 through 2012, is a writer and commentator, the former Press Secretary for Rapid Response for the Human Rights Campaign, and openly transgender. She has taken on Vice President Pence and numerous members of Congress for anti-trans and anti-LGBTQ statements and has been a frequent guest on the political talk show circuit.

Clymer stressed the impact of the LGBTQ vote and how central voting has become to the LGBTQ political bloc. “It is why [LGBTQ people] showed up in huge numbers in the 2018 Midterms, both on the ballot and in the voting booth,” she asserted. “And it is why LGBTQ people will be a significant factor in the outcome of this year’s election. When we show up, history is made.”

Just hours after Clymer spoke to PGN, Sarah McBride won her Delaware state senate primary and is on track to become the first transgender state senator in the U.S., underscoring Clymer’s point.

Kenyatta, a rising star in the Democratic party, was featured at the Democratic National Convention in an historic role as an openly gay Black man giving the Keynote address. He has been an outspoken surrogate for the Biden-Harris campaign.

Kenyatta noted that “Trump said, ‘What do you have to lose?’ He asked us, ‘What do we have to lose?’ And now we have an answer to that question. We’ve lost over 8,000 Pennsylvanians to a pandemic that he has constantly downplayed, and said it would go away like a miracle, even though he was secretly talking about what we’re saying he knew how deadly and how dangerous it was.”

Kenyatta told PGN, “Vice President Biden and Sen. Harris jointly represent the most pro-equality ticket ever. Period. Donald Trump on the other hand has over and over again used the powers of his office to harm and further marginalize LGBTQ+ Americans,”

Kenyatta explained how broad the danger of the Trump administration is. “It must stop,” he said. “We see right now in Poland and many other countries that our rights can and will be at risk if we allow right-wing demagogues to hold power. It’s not hyperbolic to say this election is for all the chips.”

Kenyatta is among several LGBTQ voices for Biden-Harris as the election draws closer. Karine Jean-Pierre is openly lesbian, partnered with CNN’s Suzanne Malveaux and co-parent to the couple’s five year old. A long-time political advisor who worked in the Obama administration, Jean-Pierre was appointed as chief of staff to vice-presidential nominee Kamala Harris. This makes Jean-Pierre the first openly gay woman and the first Black person to serve as a vice presidential nominee’s chief of staff.

Jean-Pierre has served as the Chief Public Affairs Officer for MoveOn.org and an NBC and MSNBC political analyst. Working for the Obama-Biden administration, she says, was integral to affirming the importance of representation. “What’s been wonderful is that I was not the only [out gay person], I was one of many. President Obama didn’t hire LGBT staffers, he hired experienced individuals who happen to be LGBT.”

She said that working in an administration where one could be openly gay was an “amazing honor” and that “it felt incredible to be a part of an administration that prioritizes LGBT issues.” Jean-Pierre was one of the first advisors former Vice President Biden chose for his team.

Out for Biden, the campaign’s LGBTQ steering committee announced this past June, is focused on states the campaign hopes to win, including those three states Hillary Clinton lost in 2016: Wisconsin, Michigan and Pennsylvania.

“Our campaign’s decision to launch Out for Biden in the shadow of historic protest elevates the power of the moment and encourages deep — and sometimes difficult — dialogue within our LGBTQ+ community,” Reggie Greer, the Biden campaign’s LGBTQ+ Vote Director, said in a press release. “We must elect a government that will celebrate the contributions of LGBTQ+ people everywhere.”

Alphonso David, executive director of the Human Rights Campaign and a member of the Out for Biden committee, said in a press statement that data show LGBTQ people are a “growing and crucial voting bloc in elections across the country.”

David said, “Our rights have long been on the ballot, compelling us to register to vote and participate in politics rather than let others speak for us and make decisions without us.”

There are an estimated 11 million eligible LGBTQ voters in the U.S. and 9 million of them are registered to vote — disproportionately as Democrats — according to an estimate from the Williams Institute at the UCLA School of Law.

In 2016, Hillary Clinton won the popular vote by three million, winning roughly the same number of votes as President Obama in 2012. But while Obama won by a slender margin in two states, Hillary lost three: Wisconsin, Michigan and Pennsylvania. Her losses totaled fewer than a half percentage point and 79,000 votes. According to state-level estimates by the Movement Advancement Project, Wisconsin has 171,000 LGBTQ adults, Michigan has 311,000, and Pennsylvania has 416,000. LGBTQ votes alone could have carried Hillary to victory.

Kenyatta said the stakes in this election could not be higher for the LGBTQ community, in the city, state and nationally. “Equality is on the ticket in November, and we need to elect a president who is committed to the LGBTQ movement,” he said. “No matter who you love or how you identify, we deserve to be treated equally. Joe Biden has shown to us that he will be that president once elected. Donald Trump has shown he and the people he puts in power are hell bent on going after our civil liberties. There are over 9 million eligible LGBTQ voters, and we need each and every voice to say enough is enough on November 3.”

To sign up for a mail-in ballot, visit vote.org. 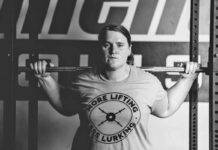 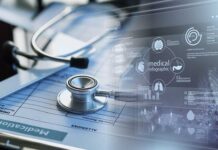