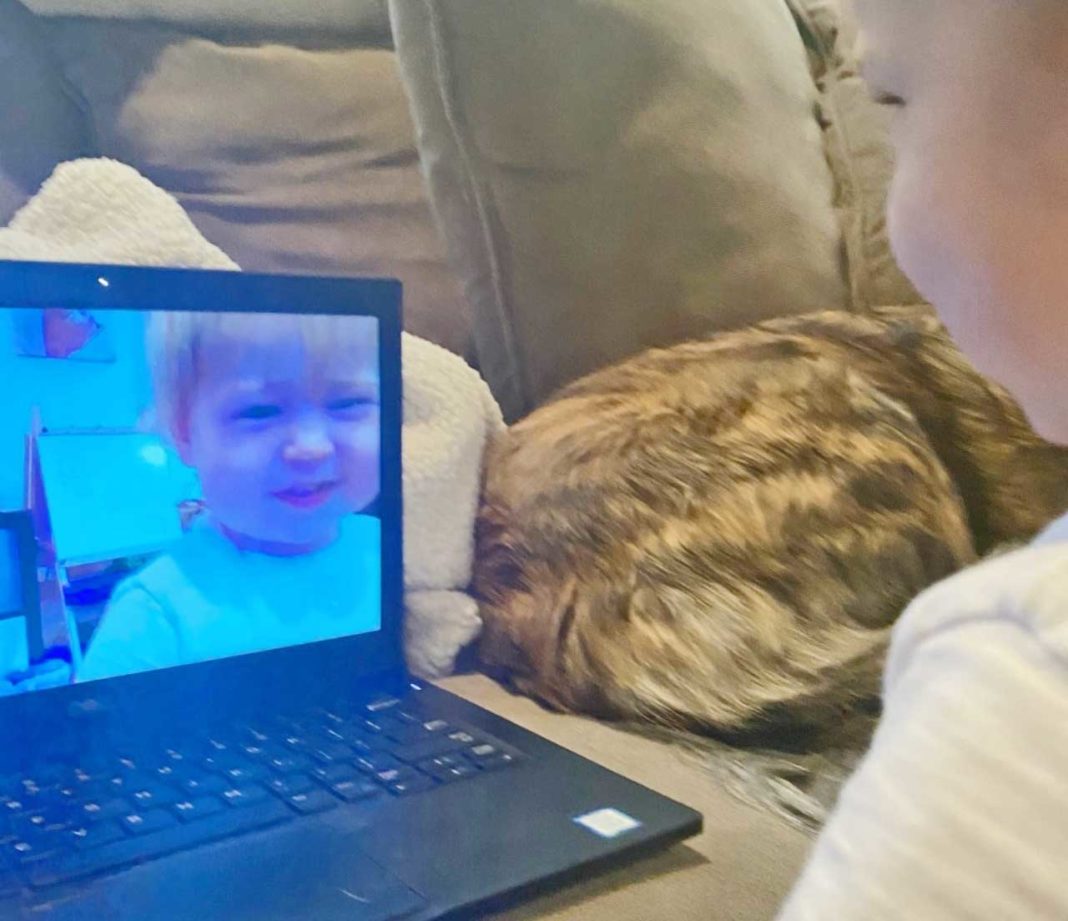 When I got the notice that Jackson’s daycare was closing this spring, I posted a cutesy photo of him hanging on our dog and quipped that the poor pooch had no idea how much togetherness time the two of them would have in the next couple weeks. Fast-forward 116 days…

That’s how long Jackson was officially daycare-free and I was solo parenting during the day while working from home — by far, the hardest, yet most rewarding period of my life, as most working parents can likely relate. Earlier this month, Jackson started back to daycare part-time, just two mornings a week, giving him a much-needed opportunity to socialize with other youngsters and giving me a much-needed break from the merry-go-round that started in mid-March. While the last four months have been a blur, there were a few parenting lessons I’ve been able to glean already — and many more that I’m sure will come in time.

1. Us parents are capable of more than we think.

At the start of the pandemic, I thought: “OK, this will be a few weeks. We’ll get through it, hopefully healthy, and I’ll have lots of stories to tell him when he’s older.” Then, a few weeks became a month, and one month became two, three, and four. All of us working parents had no choice but to roll with the onslaught of new responsibilities — teacher, disciplinarian, chef, entertainment coordinator — and the new routines.

Without even knowing it, we adapted to this new normal. I now know that calls to my boss are best placed while I’m pushing Jackson in his tricycle and he’s occupied by hunting trash trucks or wildlife. And every day at 11 a.m., after assembling the best of the best of Jackson’s toy collection, I overturn our laundry basket on the living room rug, plop my laptop onto it, and log in to my Zoom team meeting, which usually features Jackson throwing hard plastic toys at my head, showing inappropriate body parts on camera, or melting down into tears. Then it’s lunch (usually more tears, sometimes from both of us) and naptime, where my one to two beautiful hours of uninterrupted work time can commence before later picking up around 8 p.m. after Jackson’s in bed.

Before the pandemic, I was home alone with Jackson after work and daycare a few afternoons and evenings a week, as Ashlee was in nursing school (which now takes place via Zoom in our bedroom). Even those few extra hours had me pulling my hair out and feeling like I was drowning in responsibility. Now that seems like a cinch, as I’ve seen what I can really do if push comes to shove.

2. But we need to know our limits.

Most parents want to give their all to their child, but when that suddenly becomes your all-day focus without any reduction in other responsibilities, that drive to give can lead you in an unhealthy direction. I never knew I had an issue with anxiety, but the unyielding stress of a global health crisis and the personal upheaval it has brought to all of our lives set in motion what I suspect had been lingering for many years. And I know I’m nowhere near alone; according to some early estimates, prescriptions for anti-anxiety medications rose by 34% in America just in the first few weeks of the pandemic.

For about a year I have been having some physical health concerns I’m working with doctors to figure out, and with my stress and anxiety kicked into overdrive, my brain chose to focus on literally nothing else than my health worries. The constant concern made me an ineffective parent, employee, wife and more, and it fed the cycle of anxiety.

In early May, I was so far at the end of my rope that my blood pressure was skyrocketing daily, causing shortness of breath that landed me in the ER with COVID-19 concerns.

Anxiety is a real bear, one that I never knew I’d have to learn to tackle, but this experience has made me confront that reality. Little by little, I have — for want of a better phrase — started to get my shit together in the last two months. I’ve committed to running at least every other day, doing meditation or yoga as often as I can, coming up with 10 unique things I’m thankful for every morning and night (to keep the positive thoughts flowing) and giving myself permission to take a step back from responsibilities when I can (hence, the absence of this column last month).

I’ve also allowed myself to be imperfect when it comes to parenting. At the start of the pandemic, striving to get my gold star as a new parent-teacher, I instituted a “color of the week”: I’d point out only this color in all of Jackson’s books, on our walks, and as we colored. We’d do an art project that consisted of drawing and cutting out items of that color that he could paste onto a paper that would proudly be displayed on our fridge.

The first few weeks the pictures were award-winning: I drew roaring dinosaurs and jars of jelly for purple week, and tractors and trees brimming with individually cut-out leaves for green week. Then, I threw in the towel as my mental health went on vacation. When I came back to it a few weeks ago, I opted for pink (which I think we already did) and the page consists of a pink circle and a half-assed balloon that Jackson has since ripped off the page. Oh well! He knows the color and he knows how to say it, so that’s all that matters.

3. The days are long but the years are short.

It’s super-cliche, but I’ve never felt the truth of these words more so than the last few months. When we started our quarantine, Jackson was barely talking (he had uttered what sounded like our dog’s name), and we mostly communicated by trying to understand his squeals and hand gestures. He hit his sweet spot with vocabulary during our time home and now has a repertoire of more than 150 words—including some unexpected ones like library and cock-a-doodle-do. His signature chubby cheeks have thinned slightly, his hair turned light blonde and grew long enough to look like a Beatle. He tells us what color socks he wants to wear every day, and he can share quite an animated story (if you can wade through the mix of gobbledygook that’s thrown in there). Essentially, he went from a baby to a little boy.

While I’m sure he would have undergone these transitions (maybe not the hair!) without the pandemic, having such a measured slice of time where we’ve hyperfocused on its passage has made me truly appreciate how quickly kids grow. While each day in this bizarre reality of ours may be a real test, no matter how abnormal, the days are still passing quickly.

I acutely felt that quickness on Jackson’s first day back at daycare. After weeks of us talking about “school” and all the fun he was going to have, Ashlee and I, masked up, walked him up to the lobby. When his teacher extended her hand, he gladly took it and walked away without looking back. And my heart broke. I realized all of that convincing I had been trying to do was really for me; as much as the round-the-clock care in the last few months has taken its toll, it significantly strengthened my bond with Jackson. When I got home, instead of being excited about all the work projects I was banging out and the blessed silence that surrounded me, I instead missed him and his mayhem.

Seeing Jackson walk away with his little backpack was a reminder that our jobs, as parents, are to nurture, teach and protect our kids all for the eventual moment of letting them go out into the world on their own. It’s a job that I, like many parents, didn’t truly feel up to throughout most of Jackson’s almost two years. We spend so much time trying to make the world perfect for our kids and often feel like failures while striving for that unattainable reality, so much so that when all of the imperfections of the world collide, it strips down those expectations and we parents get the opportunity to see what we’re really made of. And for this parent, it’s more than I realized. 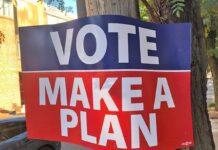 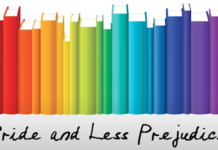 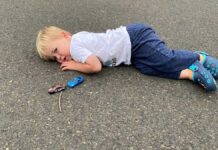