“Love, Victor,” debuting on Hulu June 17, is the genial (and addicting) TV spin-off version of the gay teen film, “Love, Simon.” The 10 half-hour episodes in the series are easy to binge, even if the show delivers the same “be your authentic self” message the film did.

Victor is hoping to fit in at school, but he is struggling with his sexuality. While he meets his quirky neighbor, Felix (Anthony Turpel), plays basketball with the school jock, Andrew (Mason Gooding) and finds himself involved in a romance with Mia (Rachel Hilson), Victor is really smitten with Benji (George Sear), an openly gay classmate who also happens to have a boyfriend.

“Love, Victor” is really a five-hour-long coming-out drama. The responsible Victor tries to fix everyone else’s problems — he speaks out against homophobia — while ignoring his own issues. The show is best, however, when it focuses on Victor’s interest in Benji, or the lessons he learns about perception and queer culture, such as there is no one way to be gay. One of the best episodes has Victor and Benji on a road trip, where they share a kiss during a sleepover. But as with every high school series, there are misunderstandings, disappointment, and drama — drama, drama — that all seem to come to a head at the school dance.

Both Robinson and his “Love, Simon” costar, out gay actor and activist Keiynan Lonsdale, make appearances in the show, and there is a cameo by openly gay basketball star Jason Collins, but this is Cimino’s series, and he is an appealing hero. The young actor recently chatted with PGN about his new series, “Love, Victor.”

What were you like in high school? How did you relate to Victor?

In high school, I was kind of awkward. I was trying to find my place in the world and who I was a person — as many people do. I related to Victor as I’ve tried to be a “fixer” and saw the repercussions of that. Tapping back into that energy was easy for me to replicate and do it authentically.

What are your thoughts on the series coming-out theme? The program reinforces the genre.

It’s an important time, especially with everything that’s going on, to give kids a voice and a guide to say it’s OK to be who they are — and that transcends ethnicity, gender and sexuality.

Since this is a spin-off, what did you think about Victor’s character versus Simon’s?

feel like the biggest differences between Simon and Victor are their social class and their ethnicity, and that Victor doesn’t’ know who he is. He’s trying to navigate his world. Simon knows his sexuality; he just hasn’t come out yet. Victor comes from a dysfunctional home. He struggles to hold things together that are far out of his control. He is being someone he is not. Victor being himself is a vitally important part of the story

Did you feel any pressure taking on this role?
If there was any pressure, I put it on myself to represent the LGBT community in a correct light.

What do you think about the show’s idea of perception, where every character has a little secret they are keeping?

I think that is a big thing that we as humans do is that we base our perceptions of ourselves on how others perceive us. It’s not healthy. A lot of young people do this. [“Love, Victor”] shows how other people’s perceptions don’t matter if you are truthful and express yourself in a way where you try to be yourself and love others.

What can you say about finding and being your authentic self?

It is definitely a journey, and it never ends. As you get older, you are always looking to find your place in the world. I’m only 20, and no one masters “This is who I am.” If you do, then you lose who you are; because you are constantly changing. It’s important to continuously change and grow. Self-discovery is a mission that never ends.

Yeah, definitely. I’m not into presents or gifts. For your birthday or a special date, I am going to treat you to an experience, like skydiving. 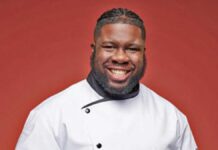 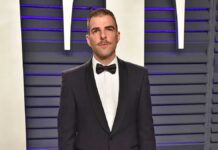 Deep Inside Hollywood: Zachary Quinto and the “Secret Court” 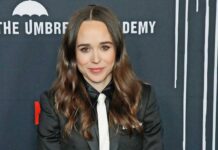