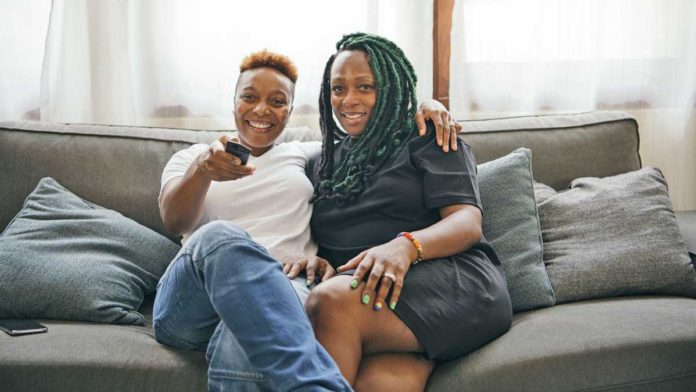 Since most Americans have been sheltering in their homes — whether through state mandates or precaution around COVID-19 — it’s unsurprising that streaming video services have seen an uptick in both usage and subscribers. Disney+, which launched last November, recently passed the 50 million subscriber mark; Netflix, the largest venue of the bunch, saw its show Tiger King pull in 34 million viewers (for comparison, the 2020 Oscars had 23 million); Hulu has been polled as the service people are most likely to add in the coming months of quarantine.

All three, as well as others like Amazon Prime and Apple TV+, have released shows that center around LGBTQ characters. A few of the offerings include “Visible: Out on Television” (Apple TV+), “Grace and Frankie” (Netflix), and “Transparent” (Amazon Prime). But, while those mainstream services have done well in creating a diversity of shows, none are designed exclusively for our community. Beyond the most famous few shows, we still have to go deep, deep into the menus to find any other offerings.

How comforting, then, to have streaming services like Dekkoo, Revry, and WOW Presents Plus that center exclusively on content for us and about us. It’s like the digital version of your favorite LGBTQ bookstore: when browsing any of those websites, you can be assured, like the Carly Simon song, that every single show is about you. As we all endure the loneliness of quarantine, it’s even more important to remember who we are. So here are some notable LGBTQ streaming services and their offerings.

Dekkoo: Launched in 2017, the Philadelphia-headquartered Dekkoo is a streaming service geared toward films and series about gay men. But beyond that caveat, there’s no shortage of variety — drama, sci-fi, reality shows, foreign films, horror, comedies. There is something for everybody. Among the available titles are “Athlete,” about an older Japanese man who falls for a young animator, “Feral,” a drama series focusing on gay men in Memphis, and “Mankind,” a short film about a man whose partner decides to leave Earth (and him) to colonize Mars. Dekkoo is $9.99 a month with a free one-week trial.

Revry: Touted as “the first global LGBTQ streaming service,” Revry is available in 116 countries and has over 4,000 hours of video and audio content, including many queer foreign language programs. The company is especially proud of its queer content in Mandarin. Highlights include “Room to Grow,” a series about queer youths coming to terms with their gender identities, “America In Transition,” a documentary show that follows the lives of trans people of color, and “Barbelle,” the music-focused lesbian comedy series dubbed “a woke, lesbian Spice World.” Revry is free with commercials, and an ad-free version is also available for $6.99 a month.

WOW Presents Plus: Anybody who has watched “RuPaul’s Drag Race” has seen the logo for World of Wonder at the end of the show. The production company for the popular drag competition series has gathered all of its content into one streaming platform. This includes all seasons of Drag Race and “Untucked,” as well as new original programming such as “RuPaul Drives,” similar to Jerry Seinfeld’s “Comedians in Cars Getting Coffee,” “Werq The World,” a docuseries focusing on drag queens touring Europe, and “Trump Learns Things,” starring impressionist The Vivienne. WOW Presents Plus is $3.99 a month.

All three streamers are available from their own web platforms or, for those who like to keep their digital entertainment more organized, as “channels” on existing services including Amazon Prime, Xfinity X1, and Roku.