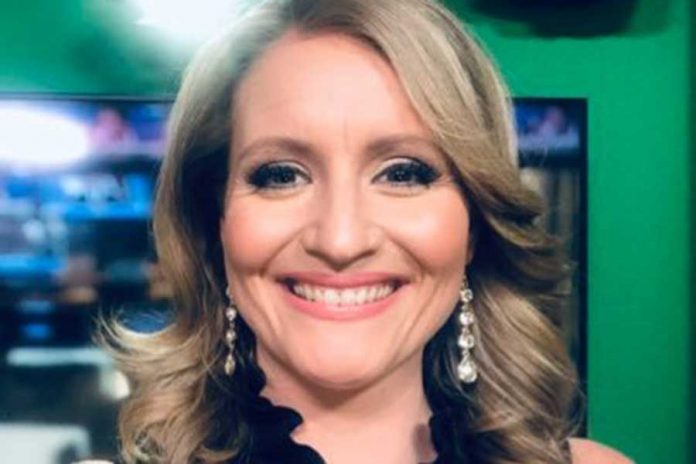 You can tell a lot about a person by looking at who they surround themselves with. Remember when Donald Trump assured the public that as president, he would have “the best people” working with and for him, and they’ve all turned out to be incompetent at best?

It is perhaps too soon to say whether Jenna Ellis, recently appointed as a senior legal adviser to the Trump campaign, is competent or not.

It is not too soon to say, however, that Ellis has no love for LGBTQ people.

According to Media Matters, “Ellis has promoted harmful and ineffective conversion therapy; claimed that ‘Christians cannot follow God and accept or condone or participate in homosexuality’; and said gay and bisexual men have higher rates of HIV because ‘we cannot escape God’s moral law and His supremacy.'”

Wherever did she get such extreme and awful views of LGBTQ people? I mean, you’d think she used to be the public policy director at the James Dobson Family Institute or something.

After the Pulse shooting in Orlando, Ellis took the opportunity to rail against Muslims and gays. In a piece titled “Two Wrongs Do Not Make an LGBT Right” on a website called The Strident Conservative, she wrote, “We cannot conflate the issue here. The deaths were an absolute tragedy, but LGBT activism is NOT the appropriate response. To begin activism only after a mass shooting concedes there was no reason to object in the first place. That is simply not true. We have every constitutional and moral reason to object to gay activism.”

Wow. That’s a pretty shitty take: “Hey, people were just murdered for being who they are, but now is not the time to start accepting people for who they are.”

Also, her bizarre comment that LGBTQ activism began only after Orlando is evidence of why we need to teach LGBTQ history in school.

Buzzfeed mentions her book “The Legal Basis for a Moral Constitution,” published in 2015, and its complaint that the Supreme Court went too far with the Obergefell v. Hodges ruling that legalized marriage for same-sex couples. According to Ellis, the Court “told the LGBT community that their homosexual lifestyle was not just legal privately, but morally validated openly through government recognition and social celebration and therefore equally as valued as heterosexual unions.”

You know, I really don’t care if Ellis thinks my marriage is “morally validated.” She can scoff at my wife and me all she wants, and I promise never to invite her to any anniversary parties. I am well aware that there are plenty of people who think like she does. Unfortunately, she has the ear of the president, which is pretty scary considering how awful he’s already been to LGBTQ Americans.

By the way, I looked up Ellis’s book on Amazon. In addition to “The Legal Basis for a Moral Constitution,” there’s another book by a Jenna Ellis titled “Our Little Secret: An Erotically Charged, Unforgettably Steamy Romance” that also popped up. I don’t think both books are by the same author, but I want them to be. One thing I can say confidently is that Trump has not read either book.

“The basis of believing homosexuality is sin shouldn’t be emotional or feelings based,” she wrote three years ago on Facebook. “When we base our judgment according to God’s judgment, God’s Truth doesn’t change. Therefore, our views on sin won’t change according to our feelings about the sin or the sinner. Sin is always sin, even if nice people commit it.”

I am very much looking forward to her column holding Trump to the same God’s judgment standards to which she holds LGBTQ people.

When J.J. Abrams commented about adding gay characters to “Star Wars,” Ellis responded, “Why not also a Christian? Or a Muslim? Or a pedophile? Or every other representation of any subculture, belief and lifestyle? This overwhelming need to have LGBT ‘representation’ everywhere shows the falsity of their cry for equality. They want absolute subjugation of culture.”

This is, of course, not true. Even if Abrams added the entire cast, past and present, of “The L Word,” I still wouldn’t be interested in “Star Wars.” (OK, who am I kidding? That’s the ONLY thing that would make me a fan.)

Ellis, like many anti-LGBTQ folks, has a persecution complex where she sees any acknowledgment of the humanity of LGBTQ people as a direct attack on her humanity.

Unfortunately, we also have a president with both a persecution and God complex. Having Ellis whispering in his ear can’t be good. 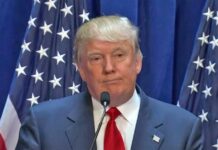