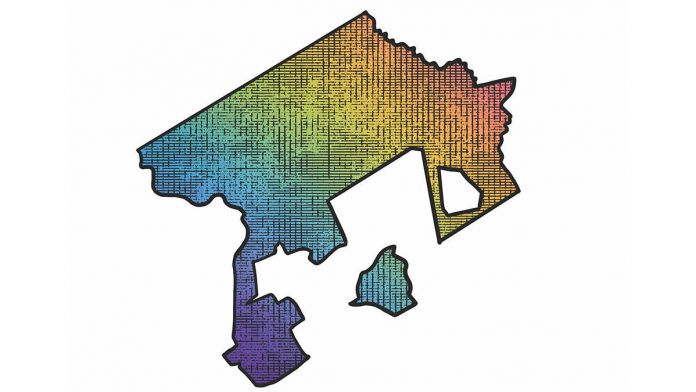 Three out LGBTQ Democrats were elected last week to the Upper Darby School Board of Directors in what is being recognized as the first time openly-gay officials have sat on the governing council in the DelCo township.

Meredith Hegg, who is a lesbian, and out gay men Damien Warsavage and David Neill will swear into the nine-person elected school board for four-year terms on Dec. 3.

The appointments were part of a blue wave of Democratic victories that swept over Delaware County during Pennsylvania’s Nov. 5 general election. Upper Darby Democratic Councilmember Barbarann Keffer rang in an end to the 10-year leadership of Mayor Tom Micozzie, a Republican first elected to the position in 2009. The five-seat Delaware County Council will also turn entirely Democrat-controlled, destabilizing a Republican stronghold that lasted for generations.

Warsavage, 34, was born in Bryn Mawr and spent his academic career in the Upper Darby School District. Having out folks on the school board is important because of their ability to better represent the experiences of the region’s LGBTQ young people, he said.

As a certified recovery specialist, Warsavage added he aims to make the Upper Darby school system more “recovery ready” and provide peer-based support to students and families experiencing the impacts of substance use disorder. His passion for the cause stems from how addiction affected his own family. Warsavage’s brother died by overdose April 3, 2014. That same week, his father died in his sleep from alcoholism while lying next to Warsavage’s mother — on the morning of his brother’s funeral.

Warsavage also intends to bolster Upper Darby’s equity program to ensure teachers and school district leaders are empathetic, understanding and empowering to students from diverse backgrounds, including the LGBTQ community, he told PGN.

In line with Pennsylvania law, the school board positions are unpaid. Upper Darby School District Superintendent Daniel McGarry holds an additional non-voting position on the board as part of his salaried, non-elected position, in which he reports to the elected officials.

Hegg, 41, attended Swarthmore College before moving permanently to DelCo, where she resides with her wife and 5-year-old twins in Clifton Heights, in 2004. The California native said she wanted to ensure high-caliber public education for young learners like her offspring, prompting her school board bid.

Hegg plans to champion environmental issues, such as advocating for renewable energy and energy-efficiency measures in the area’s schools, and the building of a new middle school to address overcrowding in the district’s educational facilities. She also said she hopes having three LGBTQ people on the school board sends a positive message about the future to young people who are struggling to understand their identities.

“We have LGBTQ middle-school students and high-school students who aren’t sure yet where they’re headed, how their life is going to look as a queer person, that they may or may not feel comfortable coming out to their family. They may or may not feel sure exactly how they identify,” Hegg added. “Awareness of and sensitivity to that [on the board] is incredibly important.”

Neill, a 34-year-old Drexel Hill resident, will join Upper Darby’s school board as a life-long educator. With a background in teaching special education, he currently teaches business at Haverford High School and is certified to educate in seven subject areas including history, math, marketing and earth and space science.

Neill hopes to get the area’s school system to buckle down on early education with initiatives like day-long kindergarten, district-sponsored head start programs and increased emphasis on learning before the third grade, in addition to serving as a role model for LGBTQ students, he told PGN. As an openly-gay business teacher, Neill added he strives to squash stereotypes of what an LGBTQ person looks like while fostering a comfortable environment for young folks to come out.

“Now that [LGBTQ board members] have a say at the table, we can actually drive the discussion, and we can enact policies that protect our students, whether it’s chosen pronouns, inclusive practices,” Neill said. “It’s nice to actually see someone from the community who’s openly LGBTQ serving in some capacity on administration, whether it’s township council, school board. They’re just visible.”