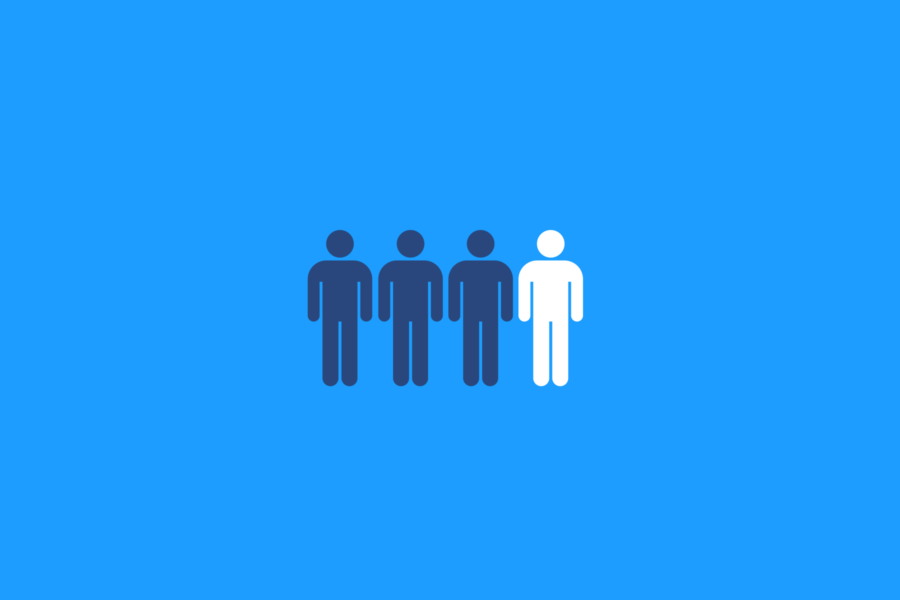 Part two of a three-part series on the challenges faced by LGBTQ individuals with disabilities.

At age 25, Tamika Moore was diagnosed with lupus, an autoimmune disorder that can be severely disabling and largely affects just women.

The diagnosis “derailed my life,” she said. “I was exhausted all the time. I was in pain. I was depressed. I had just finished my master’s degree, I was looking for a teaching job, thinking about my Ph.D., and I could barely walk from my desk to my bedroom.”

The disability has “isolated me and put me in a whole new kind of closet.”

“As a black femme lesbian academic, I feel like I was already dealing with multiple identities,” she added. “Becoming disabled just felt like one identity too many.”

According to the Centers for Disease Control, one in four U.S. adults — or 61-million Americans — has a disability, making disabled people the nation’s largest minority group. A National Institutes of Health study shows even higher rates of disability among LGBTQ people.

NIH found that 30-35 percent of lesbian and bisexual women live with a disability, and that lesbian, gay and bisexual adults with disabilities are significantly younger than their heterosexual counterparts.

The NIH study concluded that “higher rates of disability among lesbian, gay and bisexual adults are of major concern,” adding: “Efforts are needed to prevent, delay and reduce disabilities, as well as to improve the quality of life for lesbian, gay and bisexual adults with disabilities. Future prevention and intervention efforts need to address the unique concerns of these groups.”

Elle Sloan, a queer activist who has worked with ADAPT, a national organization that advocates for the rights of the disabled, participated in protests to protect the Affordable Care Act in 2017. She said she often finds more resistance to her disability than to her queer identity.

“Navigating the pathway between communities can be as difficult as finding wheelchair access in a city of steps, stairs, broken sidewalks and blocked curb cuts,” said Sloan. “As inclusive as we claim to be in our LGBTQ-plus community, there are so many disabled and chronically ill queer and trans people who are just invisible. Some of us are working on creating visibility, but it has to be a lot more.”

Moore said she often has to weigh whether or not to reveal her disability.

“It’s kept me from relationships. I hold that part of myself back. You don’t know how open to be or when and how. You have to break dates. You can’t do certain things. Sometimes I walk with a cane, but sometimes I don’t, and so people ask me about that. It’s a lot — and I am still learning how to navigate being disabled.”

A motorcycle accident left Tom Baxter a paraplegic several years ago. Like Moore, he said he has relationship concerns.

“I was watching ‘Special’ on Netflix and thinking how much I related to a lot of what Ryan was experiencing as a disabled gay man,” said Baxter, referring to series creator and star Ryan O’Connell, who has cerebral palsy. “I think, most of all, you ask yourself all the time if you really are still attractive to nondisabled people. And when I think that, I wonder why I only care what nondisabled people think.”

“Special,” based on O’Connell’s memoir, is one of few programs to highlight someone with disabilities — which, the writer said, is part of the problem.

“The fact that we have so little content to account for that population of people, just from a business point of view, feels like bad business,” said O’Connell. “You have a totally untapped demo that is starving for stories like theirs, and we’re gonna ignore it? That doesn’t make sense.”

Baxter, 28, said he never had feelings of shame or self-loathing about being gay — and he doesn’t want to have them about being disabled.

“There’s so little that’s different about me since the accident,” he said. “But I feel like when I meet new people, they see my [wheel] chair first and me later, if at all.”

Manager of the Independent Living Services Department Lauren Alden said, access and isolation are common issues for those with disabilities.

Although Alden — a married lesbian and mother — doesn’t live with a disability, she has worked with numerous individuals who face the same challenges as Sloan, Moore and Baxter. This is where social services can help, she said.

Liberty Resources, Inc., a local organization under the auspices of CIL that advocates on behalf of the disabled for civil rights and equal access, also offers much-needed practical services to the community. These include help with transitioning from nursing homes to independent living, financial courses, healthcare navigation, yoga classes and a food pantry — in a welcoming, supportive and inclusive environment that accommodates all disabilities and has an onsite interpreter for the hearing impaired, said Alden.

“Sixteen percent of the population in Philadelphia is disabled,” making the disabled community the city’s second-largest minority, after African Americans, she cited, adding Liberty Resources is one of the few entities advocating for needed changes here.

Alden noted that disabled people are often made to feel they’re the problem when they request equal access, but that “it’s the system’s problem, not the person with the disability.”

“We had to fight to have interpreters at City Hall,” she said.

In addition, Liberty Resources had to argue for the ramp at the front entrance of City Hall, said Alden. Previously, it was located at the expansive building’s back entrance — which was the epitome of inequality, she said.

Meanwhile, activists like Sloan aren’t letting their own disabilities stop them from making meaningful change for their peers.

“I have spent half my adult life focused solely on making sure that I and other disabled people — queer and non-queer, cis and trans — can have access to the same things,” she said. “Sometimes I wonder what else I might have accomplished with that time and energy if we lived in a society that valued disabled people as much as nondisabled people.”