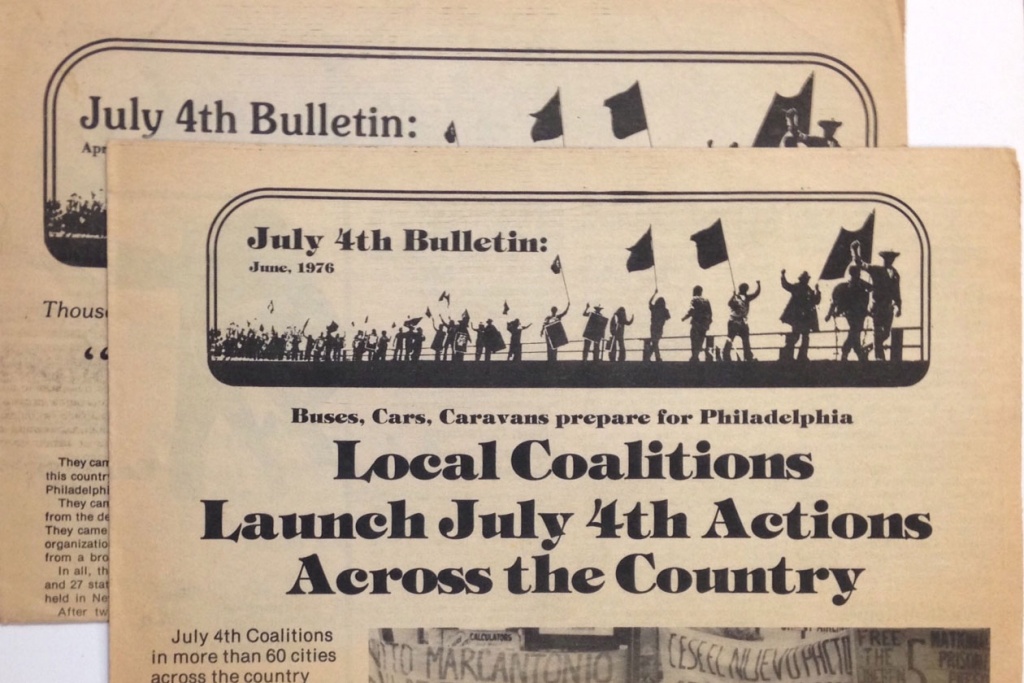 The U.S. Bicentennial in 1976 was a national celebration of mainstream-American culture and history, and Philadelphia was at its center.

However, while mainstream America celebrated, queer America and queer Philadelphia organized in counter to the event.

Historian Marc Stein gave a talk last week on “Queering the Bicentennial” at the William Way LGBT Community Center, where he addressed the complex politics that formed Philadelphia’s Bicentennial celebration and the response from the LGBTQ community.

Stein meticulously recounted how a proposed political alliance between then-Mayor Frank Rizzo and then-President Richard Nixon would shape Philadelphia’s Bicentennial bash. Nixon viewed Rizzo as someone with whom he could ally to poach working-class voters from the Democrats in order to strengthen his reelection campaign in 1972. Stein explained that Rizzo, ever the opportunist, allowed himself to be wooed.

“But the political marriage would come with a heavy dowry,” said Stein — “a promise of significant funding for Philadelphia’s Bicentennial.”

Nixon’s strategy worked, and he was reelected, winning by a landslide.

Then Watergate happened, as Stein retells it, leaving Rizzo high and dry, scrambling to pull together a Bicentennial on his own.

Local businessman Mel Heifetz, an openly gay entrepreneur and businessman, was often targeted with such oppressive tactics. Part of Rizzo’s desperate attempts to pull together a Bicentennial included requesting help from the National Guard to crack down on possible sources of disruption, which he assumed would come from LGBTQ and black communities, accourding to Stein.

In response to the possibility of a crackdown and the general nature of the Bicentennial plans, the July 4th Coalition was founded. The Coalition was a loose national affiliation of activist and counter-cultural groups, which included, locally, the Gay Activists Alliance.

The Coalition organized a counter-demonstration and march to coincide with, and contrast, the planned Bicentennial parade and celebration. The demonstration was to include people of color, the LBGT population, women and Native Americans — the nation’s marginalized populations.

The GAA drummed up participation from Philadelphia’s LGBT community by passing out flyers that read, “March with the gay contingent to protest 200 years of gay oppression.”

Come July 4, Rizzo’s underfunded stopgap celebration resulted in a smaller-than-expected parade. The Coalition’s march, which started in North Philly and made its way to Fairmount Park, was larger than expected, resulting in a parade almost as large as Rizzo’s.

While the counter-efforts of the Coalition were successful, Stein also spoke to the rise of consumerism within the LGBTQ community during this time. One of his examples was a photo-spread pullout published by Mandate magazine just after the Bicentennial, ostensibly to celebrate the event’s spirit. The spread consisted of Mandate models dressed in high-end fashions posing at iconic Philadelphia locales, and was created in part by gay impresario Henri David.

Stein was asked if he saw any parallels between the queer Bicentennial and the upcoming Stonewall 50 celebrations, relating to conflicts that arise when activism and commercialism meet.

“There are definite parallels,” he answered. “Obviously commercialism and profiteering have been a part of gay-movement celebrations almost from the beginning — something activists have never been comfortable with. And commercialism has dominated Pride festivities in recent years. But there’s been a resurgence of activism lately, so it’ll be interesting to see how this longstanding stress between the different aspects of the community will play out.”

Marc Stein is the Jamie and Phyllis Pasker Professor of History at San Francisco State University. A former Philadelphia resident, Stein studied history at the University of Pennsylvania. His books on LGBTQ history include City of Sisterly and Brotherly Loves, Sexual Injustice, and Rethinking the Gay and Lesbian Movement. His latest, The Stonewall Riots: A Documentary History, will be published later this month.