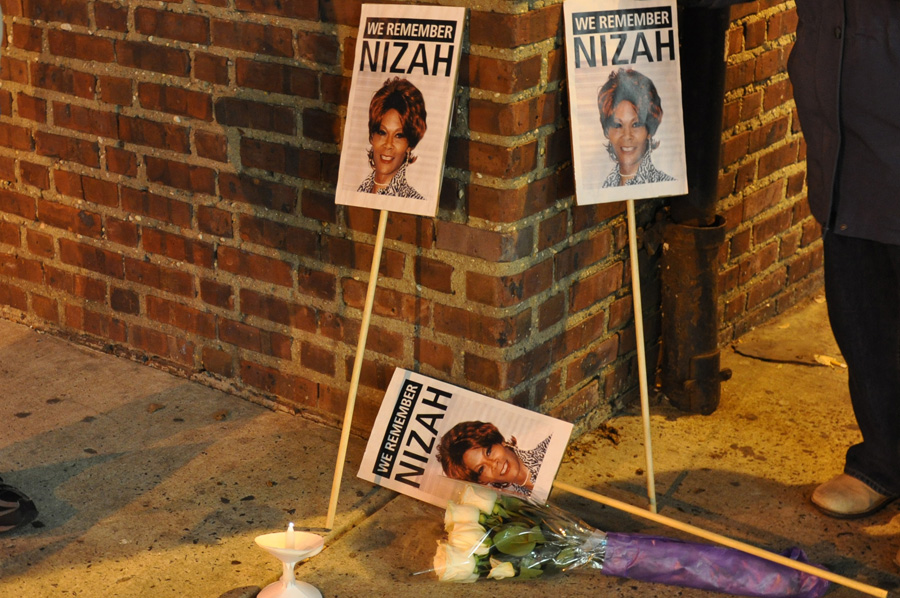 Julie Chovanes, a Philadelphia-based transgender attorney, this week continued her year-long quest for records relating to the Nizah Morris case at the Philadelphia District Attorney’s Office by filing an appeal in Common Pleas Court.

Morris was a transgender woman of color found with a fatal head injury during the pre-dawn hours of Dec. 22, 2002, minutes after she received a “courtesy ride” in the Gayborhood from Philadelphia police. She died 64 hours later, after her attending physician had her removed from life support at Jefferson University Hospital.

On April 18, 2018, Chovanes filed a Right-to-Know Law request with the D.A. for a copy of all Morris records located at the office. The records include witness interviews and legal memos authored by prosecutors who investigated the case.

On March 1, after multiple continuances, the D.A. denied Chovanes’ request, citing state laws that render criminal-investigation records confidential. She filed the appeal on Tuesday, contending there’s no criminal investigation of Morris’s homicide at the D.A.’s Office. Thus, the records she’s seeking should be released to her.

“I’ve discussed the Morris case with D.A. Larry Krasner and others at the D.A.’s Office,” Chovanes told PGN. “D.A. Krasner said there is no investigation of the Morris case. So [my position is] there’s no reason to withhold the records I’m requesting. I believe the records will tell us what happened to Nizah Morris.”

As of presstime, the D.A.’s Office hadn’t filed a response to Chovanes’ notice of appeal. A spokesperson for the office had no comment.

Officers Kenneth Novak, Elizabeth Skala and Thomas Berry responded to Morris on the morning that she was fatally injured. None has been charged with any criminal wrongdoing related to the case. But their version of events raised troubling questions that linger to this day.

For example, Skala told the Police Advisory Commission that she gave Morris a ride from Key West Bar near 13th and Walnut streets to 15th and Walnut, where she thought Morris lived. But advocates for Morris noted the victim lived 3 miles away, in West Philadelphia. Moreover, the area of 15th and Walnut streets isn’t residential, and wasn’t at the time of Morris’ death either.

Another puzzling aspect was a police report by Berry, the officer who responded to Morris at 16th and Walnut after she sustaned her head injury. Inexplicably, Berry’s report states that Morris was possibly “transexual [sic].” Such speculation in a police report about a hospital case is unusual, as the LGBT status of someone transported to a hospital is irrelevant.

Berry has never publicly explained why he speculated about Morris’ LGBT status in his police report.

Berry’s report also is perplexing because he went to Jefferson Hospital about two hours after medics transported Morris there. The officer could have spoken to Morris’ attending physician, documented the severity of Morris’ wounds and reported her as a crime victim. But the available evidence suggests he did none of those things.

Instead, Novak assumed control of the investigation at Jefferson. It was Novak and Skala who spoke to Morris’ attending physician about her condition. Since neither Novak nor Skala wrote a police report, it’s unclear why they were questioning the doctor.

Efforts to interview the three officers for this article were unavailing.