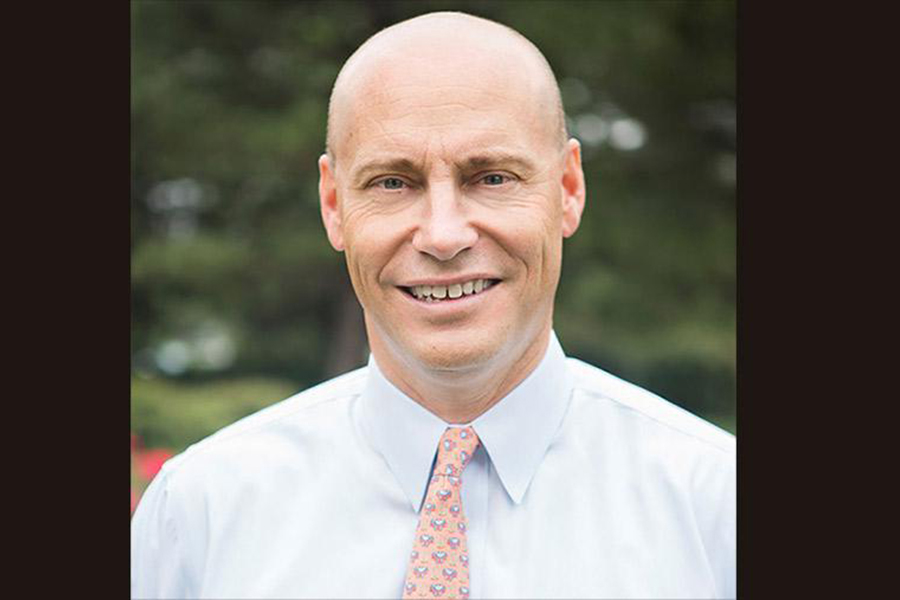 This week’s column comes to you from both the “But People Can Change” Department and the “Yeah, But No” Department.

Think back to whom you were as an undergrad in college. I’m going to make an educated guess and say that you were insufferable. Granted, you were probably the sexiest you’ve ever been, even though you ate pizza for breakfast, lunch and dinner most days. But, you likely thought you knew everything. And that’s annoying.

If you’re reading this thinking, But I was a genius 18-to-21-year-old with no flaws and incredibly humble to boot, my response is: Do some introspection. Maybe yoga will help.

Anyway, I have no doubt that I wrote things when I was an undergrad that would make me cringe today. Thankfully, my undergrad years took place at the infancy of the digital renaissance, and so most of that work is lost to history, and likely for the best.

That said, a short story I wrote in high school did just recently end up on the Internet, so I guess no one is ever safe.

The thing is, when I was in college, I wasn’t making grand pronouncements about how disgusting and awful gay people were. Granted, I was a gay people, so maybe that doesn’t count. Still. There’s a difference between writing bad poetry or an impassioned diatribe against rape culture via a compare-and-contrast paper about the “Porky’s” and “American Pie” movies (one stellar observation that I can remember: ’80s movie nudity contained cellulite). But if those writings surfaced, I wouldn’t be like, “Oh, wow. I hurt people.”

The same cannot be said for Marc Short, Vice President Mike Pence’s new chief of staff, who wrote super-homophobic garbage when he was in college and published it in the March 1992 issue of The Spectator, the conservative college paper he helped found. The front cover of that issue contains a “teaser” that reads: “AIDS: Who Gets It?”

The essay inside is called “AIDS and the Heterosexual” and it is vile. The gist of the essay is that heterosexuals can’t get AIDS, only gay people can. And trying to get heterosexuals to care about AIDS is all a part of a big gay plot to both get money from Congress and “de-stigmatize the perverted lifestyles homosexuals pursue.”

That is, um, one hell of a plan. I mean, so many gay men died horrible deaths while the Reagan administration basically laughed it off and the first Bush administration was hardly better. Call me crazy, but if there really was an organized and coordinated homosexual agenda, I kind of doubt everybody agreed on “let’s die off” as an effective strategy.

Short also claims that homosexuals were super-excited that Magic Johnson got AIDS, since it helped them further the myth that straight people can get it too. He also railed against “sodomites” getting “preferential treatment,” and by “treatment” he meant any government funding for the disease.

But it’s not as if senior in college Marc Short was unfeeling.

Got it. Homosexuals grossed out Short and the penalty for grossing out Short should be death.

But what does Grown-Up Marc Short have to say about all of this?

“I regret using language as an undergraduate college student that was not reflective of the respect I try to show others today,” he told The Daily Beast. “We have all learned a lot about AIDS over the past 30 years and my heart goes out to all the victims of this terrible disease.”

The subhead of The Daily Beast’s piece read that Short “expressed regret for words he says are no longer reflective of his worldview.” Perhaps there was more to the statement Short gave them, but when I read the part they quoted, which I have included above, that is not what Short means. He said he regrets being disrespectful. He doesn’t say that his worldview no longer sees homosexuals as sodomites deserving of death.

And here’s the thing: It’s hard to believe that Short is such a new-and-improved man considering for whom he is working. Pence is anti-LGBTQ through and through. He has been Creep of the Week many times, for good reason.

Pence’s leadership and lack of empathy when dealing with AIDS as governor of Indiana is well documented. The Trump administration’s approach to AIDS nationally and globally seems more interested in shaming people than in saving lives.

So, yeah. No. If Short wants anyone to believe that he no longer believes the garbage he wrote about AIDS, then he should maybe consider working for people who aren’t currently operating under those same garbage ideas.