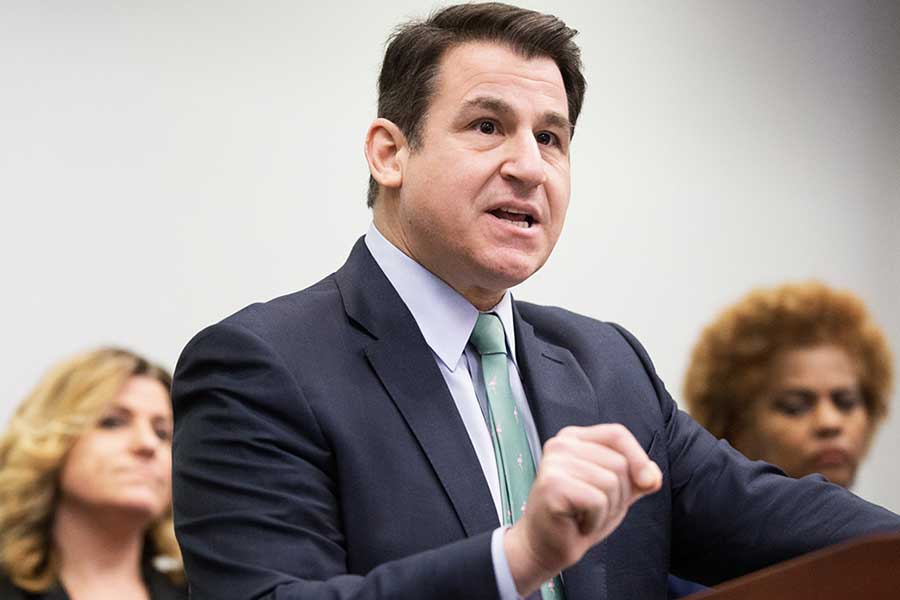 Pennsylvania Sen. Larry Farnese (D-Philadelphia) last week vowed to reintroduce a bill that would ban LGBT-panic defenses in criminal cases across the state after acknowledging that a vote on the bill isn’t expected before the end of the current legislative session.

“If the bill doesn’t move, it will be introduced in the next session, which begins in January,” Farnese told PGN. “It’s the first thing I’m going to do.”

Senate Bill 1244, introduced Sept. 6, would ban criminal defendants in Pennsylvania from claiming they were provoked into assaulting or killing someone due to the “discovery, knowledge or potential disclosure of a victim’s actual or perceived gender identity or expression or sexual orientation, including circumstances in which the victim made an unwanted nonforcible romantic or sexual advance toward the defendant or if the defendant and victim had a romantic or sexual relationship.”

Although there is no defined version of gay-panic or trans-panic defenses in any Pennsylvania statute, some homicide defendants in Pennsylvania have cited a victim’s LGBT status in an effort to lessen their criminal penalties.

“This bill is necessary because the existence of this defense in Pennsylvania is offensive and further victimizes those who have suffered violence — and the LGBT community as a whole,” Farnese told PGN. “I look forward to reintroducing the bill and pursuing a debate on the floor of the senate in the next legislative session.”

A spokesperson for Greenleaf said he has no plans to hold a vote on the measure prior to the end of the senate’s legislative session Nov. 14. As a result, the bill must be reintroduced in January if supporters continue to seek its enactment.

Gov. Tom Wolf’s spokesperson said he supports the idea of the bill. “We strongly support the concept but we still need to review the specific language of the bill,” said J.J. Abbott in a Sept. 28 email.

On a federal scale, U.S. Sen. Edward Markey (D-Mass.) and U.S. Rep. Joe Kennedy (D-Mass.) introduced legislation in July that would limit the use of the LGBT-panic defense in federal trials for homicide and aggravated assault. The states of California, Illinois and Rhode Island already ban the defense but it can still be invoked in federal courts. The federal bill remains pending in the U.S. Senate Judiciary Committee.

Like Congress, the Pennsylvania legislature is controlled by Republicans. In August 2015, state Rep. Michael H. Schlossberg (D-Allentown) introduced legislation to prohibit LGBT-panic defenses for the crime of voluntary manslaughter in Pennsylvania. The bill died in the state House Judiciary Committee the following year.

D’Arcy Kemnitz, chair of the National LGBT Bar Association, said the group is monitoring the progress of S.B. 1244.

“Legislation banning gay- and trans-panic defenses is critical to ensuring the security and equality of LGBTQ people,” Kemnitz told PGN. “These defenses tell us that our lives are worth less than others and that we deserve violence committed against us. They must be banned in both federal and state courtrooms.

“We hope that Pennsylvania will protect and support LGBTQ people by becoming the fourth state in the nation to ban gay- and trans-panic defenses,” she added.