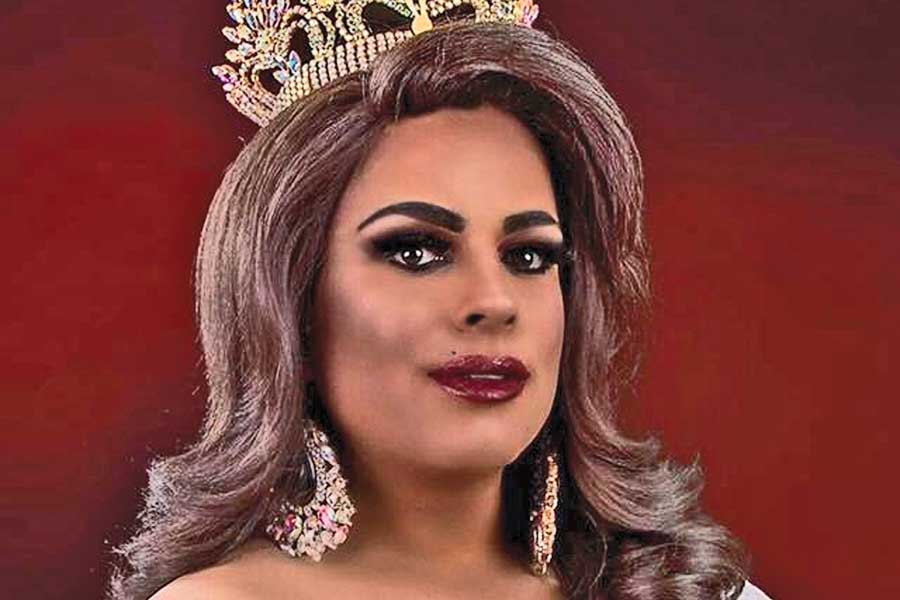 The two preliminary rounds for the 46th annual Miss Gay America Pageant are taking place in Pennsylvania on July 15 and 20.

The Miss Gay America Pageant is the first and longest-running female-impersonator competition in the country. Careers are made, entrepreneurial enterprises are launched and lives are heightened and brightened with a victory, even within the local divisions such as Miss Gay Pennsylvania America and Miss Gay Northeast America, underway this month.

“That all happened to me,” said Tatiana Clark, the current Miss Gay Pennsylvania America, from her home in Harrisburg. “Life is just drag, drag, drag, and that’s fantastic.”

When she gives up her crown this weekend during a ceremony in her honor at the Clarion Hotel in New Cumberland, Clark promised that she would do it with a smile — and deep pride in herself and all that the diamond tiara has afforded her. Clark arrived in Pennsylvania  from Puerto Rico with her family when she was 9 and began a career in drag when she was but 17 with visits to Shimmer, a non-alcohol gay bar for teens

“There was an adult area too, which I tried to sneak into many, many times because I thought I looked very adult, but the club was also very strict,” said Clark. “When I finally did get in, I was amazed. I always loved to sing, act and be onstage, so I was excited.” Upon meeting Ingénue, a one-time Miss Gay Pennsylvania America, Clark was schooled not only in how to truly live a drag life, but also on the pageant aesthetic: “How to get rid of a 5-o’clock shadow, what costumes are most flattering — she really took me under her wing,” said Clark. “She was a real and true mentor, one who gave me the opportunity to learn from her and shine for myself.  When I won my first crown, Miss Shimmer at age 19 in 1999, I was off and running.”

Being crowned Miss Gay York Pennsylvania and Miss Gay Lancaster Pennsylvania soon after proved that Clark’s pageant life (and it is a different, more proper, rules-driven lifestyle than conventional drag) was on an upward trajectory. An opportunity to go to nursing school in Puerto Rico, however, took precedence, and Clark put aside her métier for 15 years until three years ago, when her mother was diagnosed with cervical cancer. “No sooner than I came back to my mother’s, there was Ingénue telling me that I should get back in the game,” she said.

After so much time away, Clark quietly got back into regional pageants to figure out the new lay of the land.  When it came to Miss Gay Pennsylvania America 2018, Clark easily won every category, but fretted over the question of who her hero was. “Though I am of the community, I couldn’t choose someone from the community, as my true hero is my mother, fighting her cancer and refusing to give up,” she told the judges. It was that forthright honesty that won her the biggest crown of her life to date.

From there, Clark has walked the walk in the name of her regal honorarium. ‘Tatiana,’ as a character, is very much a pageant queen and stately. She’s pretty, and has gained such a fan base that we call them ‘The Queen’s Army.’” Then, there is Clark’s other character, “La Costosa,” Spanish for “The Costly One,” that Clark said is built for outrageousness and truth-telling.

It is through the merging of these two characters that Clark created the wildly successful Alex Alberto Cosmetics (her real name) makeup line with the tag phrase “just for queens.” (www.alexalbertocosmetics.com). “We sold out the first line so quickly, we have to keep waiting for the next truck to arrive,” she said.

On July 20, Miss Gay North East America, Dessie Love Blake, will give up her crown at the Doubletree Hotel in Reading.

Clark added that her year as Miss Gay Pennsylvania America gave her the opportunity to thrive as a businesswoman that she may never have had otherwise. Her role is also about responsibility, she said.

“When you represent the pageants, you are not wearing the crown for you — you are wearing it for your city, and for your community. That’s a lot to think about for the woman I hand off my crown to.”