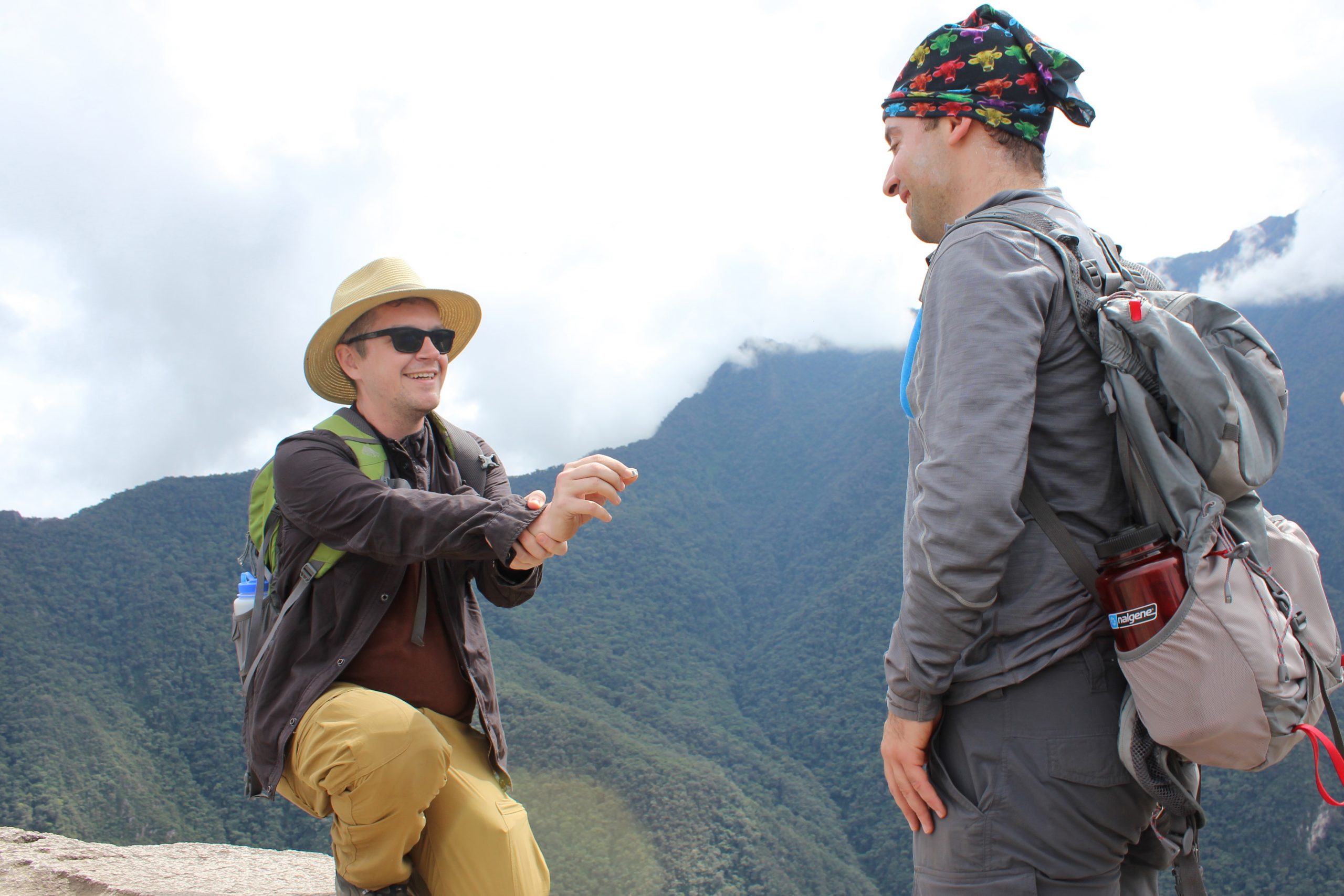 A mutual love for opera brought Joshua Ferris and Dr. Samer Badr together. But it was one man’s patience that led to the rest.

“We had sushi in Old City, went to dinner. I am very prompt at all times and Sam is generally late. I stayed, even though he was late,” joked Ferris.

That was September 2011 — after Ferris, from Paulding, Ohio, and Badr, of Beirut, Lebanon, had met online and agreed to their first date.

“We just went out and hit it off,” Ferris said. “In many ways, it’s modern, traditional. It’s definitely pre-Tinder.”

Badr reached out to Ferris on Match.com after seeing his profile. That first dinner date evolved into more dates, and the two said they looked forward to the next time they would see each other. When they fell in love, it happened naturally.

“[In] my experience, it was very organic,” said Badr. “There were no major events that happened. It was my everyday. I would look forward to the next day, [and] the next.”

Ferris agreed, saying it wasn’t an epiphany of “ah-ha.”

“It was more, ‘I enjoy spending time with you.’ Our interests aligned. He made me laugh a lot and had a good sense of humor. That was very important to me.”

Eventually the couple moved in together and, in June 2016, they got engaged during a trip to Peru — at the summit of Huayna Picchu in Macchu Picchu.

“It’s a special place. [My] family travels there, but then I didn’t pull it together and I didn’t buy a ring,” recalled Ferris.

He decided to sneak away and buy a ring there, and proposed to Badr.

“I was really surprised. I never thought there would be a proposal, really,” Badr said.

They were married Nov. 21, 2016, at Philadelphia City Hall. The couple wants to have a ceremony with friends and family in the near future. But, for now, they’re enjoying life and traveling the world together. In a few weeks, they will visit Vietnam.