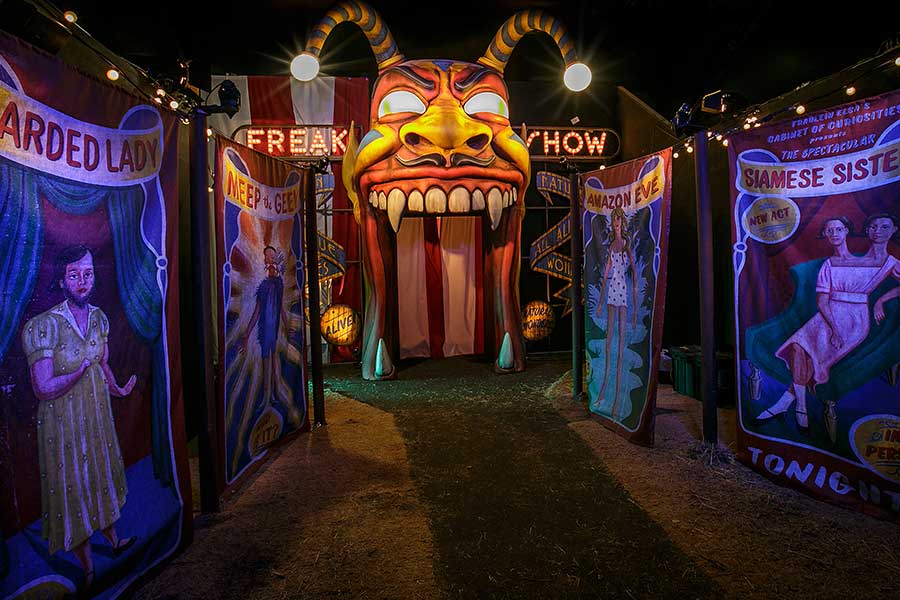 The LGBT community loves to travel in fall.

You can usually find terrific travel deals coming off the summer high season, and then there is Halloween! Of course, our community loves to dress up and party. There are iconic Halloween events close to home and around the country for Halloween fans, voyeurs and devotees.

Key West’s legendary Fantasy Fest this year has a theme that once again doesn’t disappoint: “Political Voodoo and Ballot Box Barbarians.” In Fort Lauderdale, Wilton Manor’s Halloween block party is themed “Political Nightmare.” Halloween in New Orleans is a weekend of authentically haunted events under a theme of “Pirates Revenge: The Curse of Jean Lafitte.”

Closer to home there is the “Happy Hour Halloween Pub Crawl” in Baltimore. Wanna dance? “Matinee Halloween” in New York City kicks off the Big Apple’s big gay weekend with an all-night dance party. A should-not-miss parade is the 43rd-annual Village Halloween Parade.

While most events are drinking parties with outlandish costume creativity, California offers a different take. The West Hollywood Halloween Carnival will bring 500,000 people to the streets of WeHo for a traditional Halloween street party. There are lots of great nearby hotels.

But for the true horror fans it is all about “Halloween Horror Nights” at nearby Universal Studios Hollywood. The annual fright event transforms the family-friendly theme park based on the top film and television series into a three-dimensional world of terror after dark. This is, after all, a TV and movie studio, so no surprise that what sets this trip apart is the film- and television-production-quality mazes, frightful scare zones and a “Terror Tram” experience.

This year’s slate of mazes includes: American Horror Story; The Exorcist: The Possession of Regan MacNeil; Freddy vs. Jason: Dream Battle; The Texas Chainsaw Massacre: Blood Brother; Halloween: Hell Comes to Haddonfield; Krampus: The Christmas Devil; The Walking Dead; and Eli Roth Presents Terror Tram. One of the best visual attractions is the doomed airliner. Universal’s most popular rides and attractions are open too, including Transformers: The Ride-3D; Jurassic Park–In the Dark, The Simpsons Ride and Revenge of the Mummy: The Ride.

An insider’s tip: Tickets to the theme park and “Halloween Horror Nights” are sold separately. For the best value and to avoid some of the midday crunch, try the new after-2 p.m. Day/Night Combo ticket so you can hit the park’s popular daytime attractions, then step into the mazes and attractions located throughout the park for the “Halloween Horror Nights” for one admission price.

The downside for most theme parks is the lines and Universal Studios Hollywood is no exception. If you want to fully experience “Halloween Horror Nights,” you should purchase the Front of Line Ticket. It is almost an essential way to see the park because it gives you one-time priority access to all the mazes, attractions and the new Terror Tram. You can also splurge on the VIP Experience, which gives special access to the park and other perks — though this seems more like an unnecessary luxury compared to the Front of Line Ticket.

Jeff Guaracino is the author of “Handbook of LGBT Tourism & Hospitality: A Guide For Business Practice.”