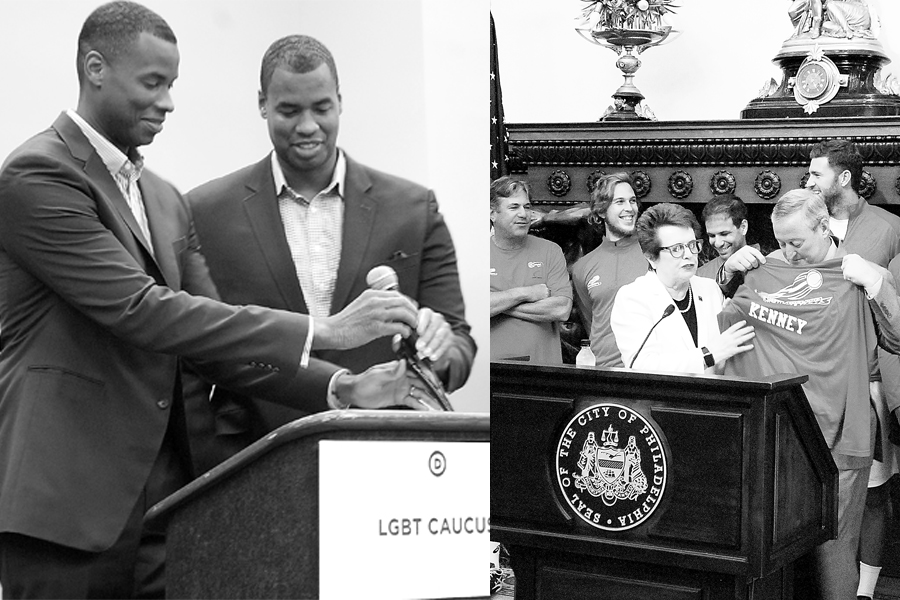 Between the filthy bay water and sub-standard accommodations, it looks as if the Rio games are on par to rival the danger of disease or death from the conditions of the original Greek games over 2000 years ago. One must hope that the Gay Games officials considering international sites consider health concerns when deliberating.

I’m a fan of the Olympics: The spectacle of the opening ceremonies with the lighting of the Olympic Flame to hearing the national anthems played during medal ceremonies. I prefer summer over winter, because even watching the downhill skiers and bobsledders makes me cold.

This year the United States has seven LGBT — or, to be accurate, L athletes — competing in the Summer Olympic Games. The fact that not one gay male athlete has come out — and I assure you there is at least one going to Rio — could be in part due to the unfavorable LGBT climate in Brazil, though I doubt it could be worse than Russia’s.

There are 42 out athletes worldwide competing this summer; a record. And we all know at least one from Facebook, whether it is USA rugby player Kelly Griffin, Great Britain diver Tom Daley or Netherlands gymnast Jeffrey Wammes, It doesn’t take much to Google the others and it’s nice to have the names in the back of your mind when watching.

As the games proceed, find yourself an American hero and an LGBT hero or two. It’s always more fun when you know who’s on your team. And in between games, bouts, sets, rounds and routines, get out and play.

• The Philly Mayors Cup is Aug. 13. Several different races are part of the entire event and the Lez Running Club will be participating on behalf of Mazzoni Center.

Get Out and Play will be on hiatus until after Labor Day. In the meantime, get out and play and email sports info to: [email protected].