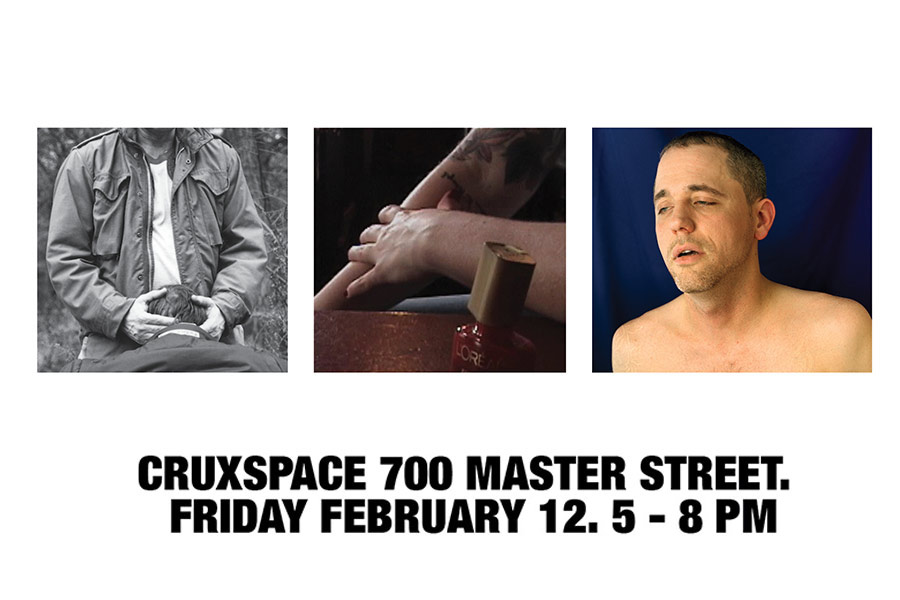 With its many definitions, “touching” aptly describes the next gallery offering at CRUXspace, 700 Master St. “Tasteful Yet Biting” is also the first show for CRUXspace made up entirely of LGBT artists who were selected from Philadelphia and New York. Works were chosen based upon a broad cross-section of concepts including emotion, evocation, physicality and experimentation.

CRUXspace is self-described by that catch-all “new media,” that contrived description with an ever-evolving and elusive definition. While many of the art styles and constructs are traditional in this case, their concepts are not. When asked how to describe this particular show collection, co-directors and curators of the show, openly gay Andrew Cameron Zahn and openly bisexual Kim Brickley, looked long at each other and then carefully chose words such as “engaging,” “personal” and “intimate.” And with those descriptions, it’s easy to understand how such diverse and yet thematically similar these artists’ works really are.

The only self-imposed restriction put to the show by Zahn and Brickley was no full frontal. The show is meant to be “engaging and thought-provoking” without becoming completely “sexual or pornographic.” Future shows may or may not push that envelope, they noted.

Consider the collection of black and white photographs entitled “17 Strangers.” It involved photographer Joe Ovelman approaching people, asking to switch coats with them and be photographed with Joe on his knees in front of the subject. At first glance, it seems like a typical collection of male erotica, but the more one considers the faceless subjects in similar, yet distinctively different presentations, the more personal the images become and the viewer becomes something more than just an observer.

Photographer Chad States has done work over the past couple of years of men having public sex and a series on masculinity and de-stereotyping gay men. For this show, States was busy photographing the reactions/emotions of various subjects who were told to express themselves after sex.

Blurring the lines of gender is also in his portfolio, just as it is in Sean Fader’s. Fader took photographs of friends and Photoshopped himself into them and added a zipper, as though he is wearing a bodysuit of each person. The result is a series of strikingly curious images that evoke a sense of comfortableness in one’s own skin.

The collaborators are eagerly anticipating an expanded role in this year’s Fringe Festival as well. The role of the gallery will be “Digital Fringe,” which could include digital images, video, audio, set work or even as-it-happens work.

Much like “new media,” this digital fringe is still fluidly indistinct.

“Tasteful Yet Biting” will celebrate an opening reception 5-8 p.m. Feb. 12. CRUXspace is open by appointment and has Second Friday openings approximately every other month. Contact the co-directors through cruxspace.com.