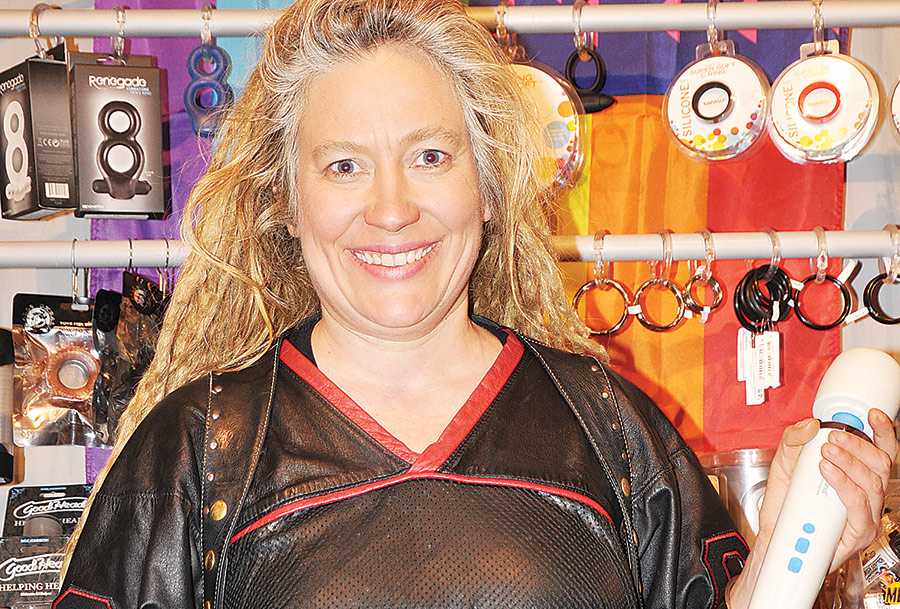 In the calm quiet just after the blizzard of 2016, things are relatively peaceful at Passional Boutique and Sexploratorium (317 South St.). But with Valentine’s Day and Leather Weekend coming up, business will definitely be getting busier.

For Kali Diana Morgan, the store’s “retail proprietrix,” running the fetish fashion shop and adult store is usually fun, and always a lot of work.

That’s because this isn’t your average fetish shop. The queer-owned and operated store has been a Philadelphia institution for 20 years and has grown in size and popularity during that time.

“When we opened our first retail location we were only open on Fridays, Saturdays and Sundays,” Morgan said. “Now we’re open seven days a week in two stores. When we first started, there simply was not anything like we had to offer in Philadelphia. There wasn’t a place to buy fetish clothing. There wasn’t a place where you could buy hypoallergenic sex toys. And now a lot of those products are more widely available. You can get fetish clothing at Halloween stores. You can get sex toys at Target.”

Yeah, don’t buy your sex toys at Target. (That’s coming from us, not Sexploratorium. You’ll thank yourself later.)

The friendly and knowledgeable staff at Sexploratorium expertly walks customers through their expansive and diverse selection of fetish wear and/or devices. Individuals and couples, some looking for basic accessories and others expert, Jedi-level sex toys, get the same level of customer service and attention when they come into the store.

And really, in the work of fetish wear and sex toys, you really do get what you pay for.

“We did a lot of education because people could not understand why a silicone toy you were selling costs $100 while you can buy a latex toy that costs $15,” Morgan said. “In 1996 through 1998 when we were first going into business, we spent a lot of time educating people. In the 1980s, as somebody who was involved in AIDS activism, latex was used for every single thing because your life depended on it. But because the proteins in latex can trigger allergies, right around the 1990s when we were going into business, health-care professionals were becoming deathly allergic to latex and there were no hypoallergenic products on the market. We had a lot to overcome at first because everyone would come to the store and go, ‘Wait, your stuff is way too expensive. I can get a dildo down the street for one fifth of the price.’”

The staff will explain to customers in fascinating detail why certain toys cost as much as they do. But the store also stocks items to appeal to the newbies.

“We have entry-level price point on all of our items,” Morgan said. “Our criteria are they have to be body-safe, non-allergenic and able to function for at least 30 days.”

Morgan said that when the store was located away from the main drag at its old Fifth Street location, customers mainly came to them from within fetish and LGBTQIA communities. Since the shop relocated to its current storefront on a busy section of South Street, they are seeing more customers from a wide range of backgrounds.

Maintaining a safe space does become a juggling act sometimes on South Street, which can go from Dr. Jekyll in the daytime to Mister Hyde when the sun goes down as people start flocking to the area for the nightlife. But Morgan said the store is used to the occasional looky-loos and does its best to keep the atmosphere in the store civil.

“The overwhelming majority of people who come in here are respectful,” she said. “We are on a block with four bars so occasionally some drunk people will come in and do the point and giggle thing. We just try to keep it down to a minimum. We have to have a sense of humor about it because people are nervous about that kind of thing. Everybody who walks through our door to one degree or another is vulnerable. So we ask them questions: ‘Is there any way we can help you? Can you please keep it down?’ Educating people out of the door is part of our training. We do have to have signs big enough for tipsy people to read about consent and don’t pick up a flogger and hit your friend with it without asking first. We do try to really emphasize that we need to keep the space safe for everybody.” 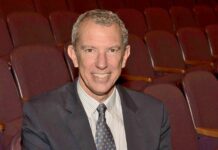 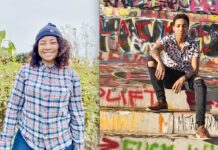 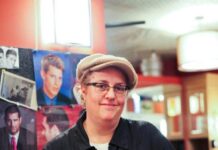