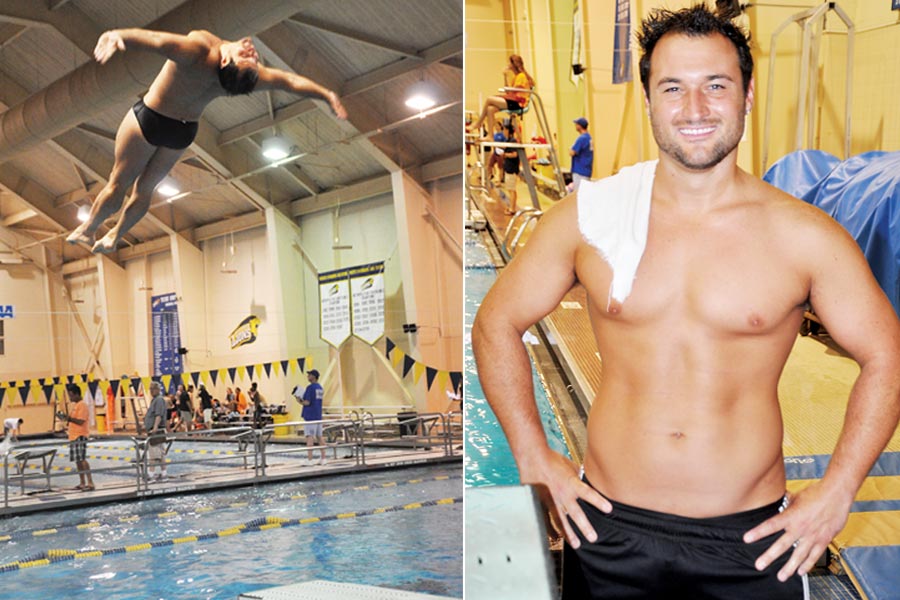 Eric Blevins is gay and wants to go to Russia.

It’s fortunate that his driving force isn’t for gay rights over there. As he puts it, he prefers not to make any statement about his sexuality because he doesn’t want to get shot. But he does want to go and compete in the 2015 FINA World Diving Championships in Kazan, Russia, this August.

Blevins is truly an all-around athlete who has also played rugby and flag football, and done some wrestling, just to name a few sports, but he didn’t take up diving until after he started college. He was such a natural that, even 15 years later, at 33, he continues to place in the top brackets in most national and international competitions.

What was the strangest part about being asked to be on the first dive team?

“I didn’t know how to swim,” Blevins laughed. “I know! I still don’t know how to, really, but diving isn’t much about the swimming.”

Blevins is a diving coach at Rider University in Lawrenceville, N.J. He has coached previously at Missouri State and the University of Evansville. The rigors of training and coaching keep him pretty busy. Blevins lives in Trenton and has access to pools at both Rider and The College of New Jersey so he almost always has a place to practice. His workout routine includes a couple hours of diving each day, running 3-6 miles and lifting weights for at least an hour.

Blevins said he has had a number of out teammates; in fact, on one team, every guy was gay. He said he was recently helpful to at least one other diver in her coming-out process.

While Blevins isn’t focusing on being gay in Russia, getting there and sleeping there are another matter.

“You can’t book accommodations without having a visa,” he said, “and you can’t get a visa unless you can tell them where you are staying. That makes things difficult, but we’re making progress.”

Blevins is in the process of booking and saving for the competition, but is hoping to get some funding from friends, family and other supporters. Travel, accommodations, fees and meals are estimated at about $6,000.

If you would like to contribute to Blevins’ expenses as he represents us in Kazan, you can contribute at gofundme.com/v8rmbx9h.