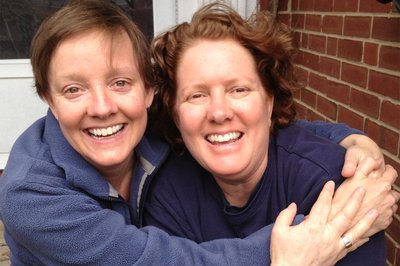 U. S. District Judge Mary A. McLaughlin this week heard oral arguments in the case of two Philadelphia women who want their out-of-state marriage recognized in Pennsylvania.

In 2005, Cara Palladino and Isabelle Barker were married in Massachusetts. Later that year, they moved to Philadelphia for professional reasons.

The women filed suit in 2013, claiming the state’s non-recognition of same-gender marriages deprives them of legal, social and economic rights guaranteed by the Constitution.

McLaughlin must decide whether to overturn a section of the state’s Defense of Marriage Act that bans the recognition of same-gender marriages.

The law “does a great deal of violence to [my clients’] rights without a rational basis associated with it,” argued Michael L. Banks, an attorney for the plaintiffs.

They said the plaintiffs’ suit should be dismissed, stressing that states have a sovereign right to define marriage.

He claimed there are valid reasons for the law, including promoting procreation, protecting children, upholding tradition and reducing business expenses.

But Banks emphasized that Palladino and Barker already have a valid marriage certificate.

He said stripping them of that marital status violates their constitutional rights to due process, equal protection and travel.

Frank said the state legislature’s 1996 vote to enact DOMA “is entitled to great deference by the court.”

But Banks said “that deference doesn’t allow for the wholesale trampling of constitutional rights.”

M. Abbegael Giunta, an attorney for Kane, argued that Kane’s connection to the case is so remote, she should be dismissed as a defendant.

Eric Kraeutler, another attorney for the plaintiffs, told the judge that “[Kane] and her officers are not strangers to this [DOMA] law. They have a connection to this law.”

“If the feds have to recognize legal same-sex marriages, then Corbett and Kane can’t deny those marriages,” Lazin said.

He said the reasons articulated by Corbett’s attorneys for banning same-gender marriage recognition are similar to those rejected in Windsor.

He also expressed optimism that the women will prevail.

Several of McLaughlin’s questions seemed sympathetic to Palladino and Barker, and the women expressed cautious optimism outside the courtroom.

They didn’t seek to become trailblazers for marriage recognition, they said, but circumstances have placed them in that role.

“We have a community that’s extremely supportive,” Barker added.

About 120 people attended the two-hour proceeding, held May 15 at the U.S. Courthouse in Center City.

A ruling by McLaughlin is expected within the next several weeks.