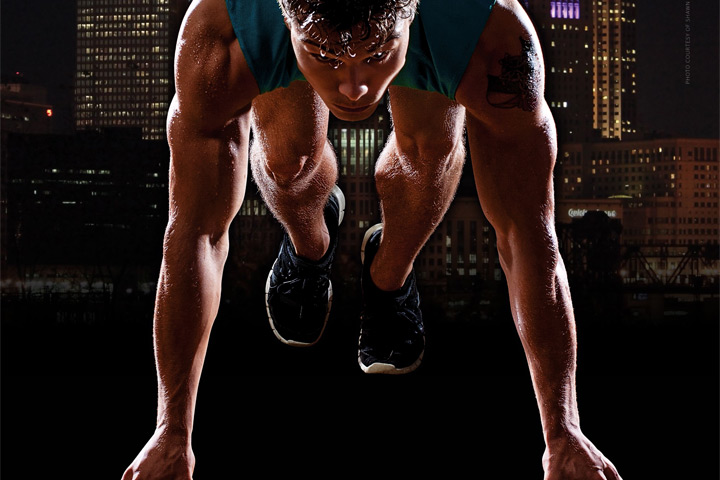 Before I start, I have to mention that organizers of Gay Games 9 have improved the event’s website immensely! There is a plethora of great information and it is very well-organized. In fact, as I was verifying information while writing this, I got sidetracked for about an hour checking out all the great sidebars.

There will be plenty of games-oriented and Cleveland-sponsored thing to do in the evening, off and wee hours in addition to the non-sanctioned international headboard-notching competition.

With the opening and closing ceremonies as the bookends to a week of athleticism, let’s take a minute to talk about the mission and purpose of the Gay Games. While competition is at the heart of the games, there are also the cross-cultural exchanges and socializing that make the games more than just sports battles. Every day of that week, there will be opportunities to eat, drink, sing, dance and revel with a tremendous group of men and women, all ambassadors for their home countries.

Start with the Festival Village on your visit. Open through the duration of the games, the village will be a home away from home for everyone involved, from athletes to sponsors. You can expect music, food, entertainment and dozens of special moments throughout the week.

Musically, two of the biggest events of the week are the band concert Aug. 11 and a mass choral concert Aug. 13. Visitors have an opportunity to hear hundreds of LGBTs raise their horns, drums and voices in song. And isn’t music one of the common languages of the universe? These two musical events are expected to be among the most popular special events of the week.

In addition to the concerts, there will be arts events hosted at theaters, galleries, museums and, of course, clubs and restaurants as part of the celebration. Gordon Square Arts District is home to many of Cleveland’s LGBT residents. And why not? The galleries, boutiques, restaurants and studios that congregate along Detroit Avenue are a huge draw. The venues plan to host multiple special events during the games.

Other ’hoods include Ohio City on the Cuyahoga River with its micro-breweries and West Side Market, and historic Tremont near Lincoln Park, which also is home to restaurants, lounges, boutiques and galleries. The cultural center of Cleveland, University Circle, with its park-like setting, is the near-epicenter of the city’s grandest museums, gardens and performing-arts center. As these neighborhoods gear up for the world-gay influx with their own special events, suffice it to say you can expect street parties and revelry to fuel the local gay fever.

Hopefully, as you look at where your competitions are and plan for lodging, you can incorporate these tidbits and make your visit even more enjoyable. GG9 registration special offer

If you haven’t registered yet (and why not?), then you have 15 more incentives over and above the 30 incentives I’ve been telling you about all summer. Register before Sept. 1 and use the code TeamPhila and GG9 will knock another $15 off the already-$30-discounted early-registration bonus. That’s $45, people! Instead of spending $195 from October-July, you get in for only $150. True, I could ask you to use my personal code (SDRAK19146) so that I could get free registration after 10 entries, but use the TeamPhila code, because that’s why we’re here, right? Go Team Philadelphia!

For next time: I asked Tom Nobbe and Rob Smitherman of GG9 if they had an idea where they thought the Gay Games X were likely to be held. What was their answer? (You can find the final three candidates on the website: GG9CLE.com.)

Short stops • The Philadelphia Gryphons RFC fall opener is Aug. 24 with an alumni day and cookout included in the mix. Wear your favorite Gryph garb and join these manly men for the 1 p.m. kickoff on Pepper Field, 2901 S. 84th St. • The Philadelphia Falcons Soccer Club is on the road over Labor Day weekend for Rehoboth Beach Classic XV. The annual tournament is organized by Washington, D.C.’s Federal Triangles. Best of luck, Falconers! • The Greater Philadelphia Flag Football League announced it’s moving the fall games to FDR Park in South Philly. Congratulations, guys and gals, on making the transition to better fields and a great spot for game-day picnics, cookouts and revelry!