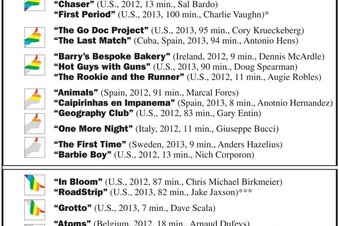 Every year at the conclusion of QFest, we throw you some thumbs-ups (and a few downs) so you can look forward to checking some of the latest LGBT-centric films in the coming winter dreariness as they hit the mainstream markets.

This year was heavy on documentaries, films from Israel and African-American stories and had more short films than ever.

Here is a sampling of what we saw, what we liked and just how gay they were. Next year, QFest celebrates 20 years July 10-21.