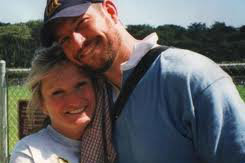 It sounds like a regular sports movie until you hear the rugby player’s name and/or topic. Then everything changes in an instant.

Just like it did for Mark Bingham and the other passengers on Flight 93 that black day in September 2001. This is not another retelling of the story; it is a film about a good man, his relationship with his mother, Alice Hoagland, his hard-playing, hard-drinking days and nights with his fellow ruggers and how a regular kind of guy emerges as an extraordinarily courageous hero.

“The Rugby Player” is making its Philadelphia premiere with a showing during QFest at 5 p.m. July 20 at Ritz East, 125 S. Second St. Hoagland will be attending to introduce the film and answer questions. Visit QFest.com to watch the trailer and buy tickets. Let’s pack the house with fans of every sport and show our Philly love. That’s Mr. Queer to you

Rugby has the Bingham Cup, hockey has the Stanley Cup, but only our Philadelphia Falcons Soccer Club has the Queer Cup.

Starting at 11:45 a.m. with an exhibition game, the Falcons men are taking over Palumbo Field, 700 S. Ninth St., the rest of the afternoon July 13. Get there early and cop a squat and check out these hot guys on a warm summer day. If you’re inclined to try some moves and get some ball play, there is a beginner’s skills session at 1 p.m.

Then at 1:30, it’s time for the tournament. It is a round robin and each team will have a captain and sponsor bars assigned. After each team plays each of the other three, the best records are put head-to-head for the championship.

Following the tournament, all players and spectators are invited to a bar crawl of the participating bar sponsors, with the Queer Cup being presented to the bar with the winning team.

Countdown to Gay Games 9: 392 days Send your questions, comments and extra Phillies tickets to Scott Drake/PGN, or email him at [email protected].