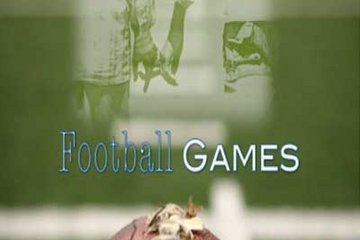 We have all heard the coach say, “There is no ‘I’ in team. ” I remember being taught in middle and high school that sports are a team effort, that bonding on the playing field and being in tune with your teammates is essential in successfully conquering another team. Does being gay impact team play?

The U.S. military doesn’t think so, and they play with life and death. Other countries’ military and sports organizations agree. Being gay doesn’t change squat about ability or desire to play sports. And if Robbie Rogers of the Los Angeles Galaxy, our most recent out athlete, can play gay, adding to the long list of out swimmers and divers and basketball’s Jason Collins, then apparently being gay doesn’t mean you can’t play. Nor does it mean that gay people collectively do not want to play. After a long weekend of registration for gay soccer and softball tournaments, attending a couple of softball games, having chats with gay tennis players, gay bowlers and running into some gay runners and flag-football players out at the bars, I have to ask myself, Why would anyone think that sports can cure homosexuality?

But St. Charles Borromeo Seminary thinks that LGBTs: 1. can’t play sports; 2. don’t like sports because they aren’t good at them; or 3. would play sports if they weren’t gay. This is the starting point for their sports-therapy program held this past Memorial Day weekend. Using sports as its therapy centerpiece instead of Bible-beating theological argument or water boarding is only a smoke screen to the true nature of their mission: conversion.

Leaving the debate on the sidelines on conversion’s success rate, its legality or even its ethicality, using sports is misleading and manipulative. Popularity contests in school centered on athletic prowess. Being a sports fan in a large sports town like Philadelphia gives everyone a sense of popularity, a sense of belonging. If you don’t watch sports or like sports, some people will react as if you were three-headed.

Is it the Christian thing to do to make people feel inferior? Because that’s all this sports therapy is doing — examining gay men and finding something about them that has nothing to do with sex, but that they all have in common. They do this to pull them in and try to change behaviors. More than that, this program is telling gay people that sports are for the masculine or straight community only.

I have news for you, St. Charles. There are thousands of LGBT sports participants in Philadelphia and the tri-state areas alone. And I can say with great certainty that playing sports is not curing anyone of anything. Maybe you guys should try prayer. Maybe that would cure you of homophobia and bigotry.

What’s this? A gay athlete who refuses to come out? Michael Donovan’s “Football Games” takes widely recognized sports homophobia from the sidelines onto the field with this story of a football player who values his privacy more than his partner.

The story involves a black pro-football player who is only out to his boyfriend and sister. Envy rears its ugly head when a teammate’s girlfriend works to out the player so her man can get a better chance to play.

While this may have been a novel more poignant a few years ago, it is less interesting now. The writing is choppy and at times the writer forgets how his characters speak, either standard English or ghetto English. Sentence structures are rudimentary and it at times the book reads like a screenplay, but without the action or character development.