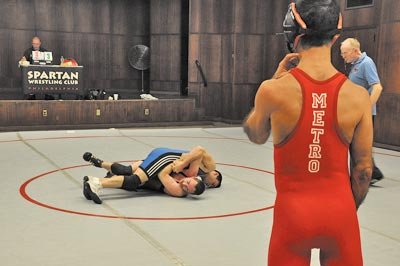 Inspired by programs like April’s Sexual Orientation and Gender Identity in Sports Conference hosted by Texas A&M and Nike’s LGBT Sports Summit in June, Drexel University professor Dr. Ellen Staurowsky has spent months working with members of athletic communities across the country on a project designed to fill a void in LGBT athletics.

With the assistance of more than 20 contributors, Drexel’s Goodwin College this month launched a new blog aimed at athletes, coaches, media, researchers and policymakers to provide better public access to and dialogue about issues impacting LGBT athletes. Blog updates rotate through contributors so that there are almost daily additions on topics such as progress on state laws, student-athlete programs like GO! Athletes, Jerry Sandusky or new book releases.

Staurowsky said she hopes the blog will serve as “the premier online location to share research information and resources regarding LGBTQ issues in sport.”

The blog launched last week and has already garnered wide attention in the Philadelphia athletic community.

Staurowsky also hopes to expand the range of contributors and their audience over the next few months as the site evolves, and is considering a formal launch event with locally or nationally known athletes. The blog can be found at stream.goodwin.drexel.edu/lgbtsportresearchnet/.

Dr. Staurowsky is a professor in the Department of Sports Management at Drexel University and served as a director of athletics at the college level for nine years. She is internationally recognized as an expert on social-justice issues in sport. She is co-author of the book “College Athletes for Hire: The Evolution and Legacy of the NCAA Amateur Myth.”

Team Philadelphia is looking for artists to create a new logo to launch the organization into 2013 and on to the Gay Games in 2014 in Cleveland/Akron. The logo should represent the city, its LGBT diversity and sports overall. All entries received by Nov. 9 will be reviewed, and the top three will be brought to all of the organizations for selection.

The winning artist will have his or her Gay Games IX registration fee paid, so get to work and show them your love. Attach your PDF in an email to [email protected].

The International Gay Rugby Association and Board announced that the 2014 Bingham Cup will be hosted by the Sydney Convicts in Sydney, Australia. The Bingham Cup is a bi-annual tournament named for Mark Bingham, a rugby player and one of the heroes of Flight 93 on Sept. 11, 2001.

The Gryphons Rugby Football Club plays its first fall season playoff game at home Oct. 20 at George Pepper Middle School and, providing a win, the team will play again the following Saturday. The Gryphons are in the planning stages for winter events; philadelphia-gryphons.org.

Short stops • Greater Philadelphia Flag Football League is at the fall midpoint with only one undefeated team so far. Navy Seals have a record of 5-0-1 going into the second half. The league is also in the early stages of work to bring the 2014 Gay Bowl to Philadelphia.

Countdown to Gay Games IX: 658 days. If your team, league, group or organization has a game, practice, fundraiser or event for Get Out and Play, email [email protected].