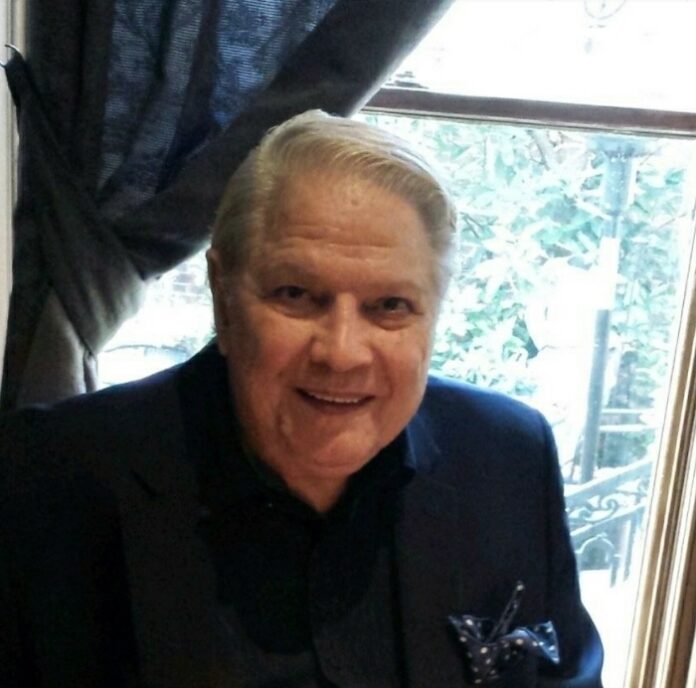 John (Johnny) Pantages of Philadelphia passed away peacefully at home on December 20, 2022. He was 92 years young. John was born in Brooklyn, New York where his family consisted of his father Dimitrios, mother Aristea, and 10 brothers and sisters including his beloved twin brother Teddy. In his late teen years the bright lights across the Brooklyn Bridge attracted him and he was off to Manhattan, finding stints in Off Broadway theatre productions and dance performances while also studying to be a master hairdresser.

It was an offer from a headhunter in the early 1960’s that brought him to Philadelphia to work with an elite clientele doing hair and wigs. He soon made our town his home and we have been the better for that ever since. John was drawn to anything beautiful and stylistic and thrived on being creative. This led him to his lifelong passion of buying and selling antiques and collectables, working each spring and summer in his beloved center city courtyard gardens, throwing fabulous dinner and costume parties that earned him the appellation of “The Outrageous Pantages.” He also enjoyed dining out at local restaurants with friends and family always insisting on being appropriately dressed and attired for the occasion. John enjoyed a long, loving, and married relationship with his forever companion, Bob Rasmussen, for 52 years until Bob’s passing in 2017.

The most wonderful thing about John was that he never met a stranger who did not become a friend. Always kind, always caring, and always willing to extend a helping hand if he could.

John is survived by many loving nieces and nephews from New York and New Jersey, along with his beloved Philadelphia friends. John will also truly be missed by his many friends and clients in the drag and trans community who eagerly sought out his talents, advice, and friendship. John’s personal papers and photos of his life will be donated to the John J, Wilcox Archives at the William Way LGBT Community Center in Philadelphia.

A memorial service will be held for John in the spring.