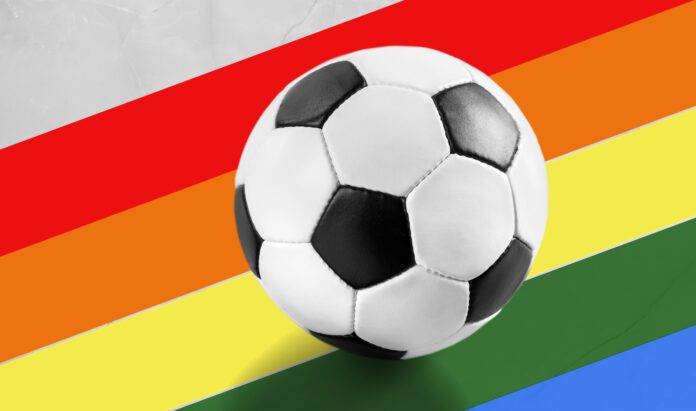 The men’s soccer World Cup begins November 20 in Qatar, and from the beginning, when the country was awarded the event under suspicion of bribery, it has been one debacle after another for something that is supposed to unify the world. Many workers have died trying to build the stadiums. Early reports from journalists include Qatari officials threatening to break their cameras or seize their phones if they film in public places. And, as you might have guessed the reason for this column, the country is one of the worst in the world for LGBTQ people. So let’s dive into the latter.

Qatar’s security forces arrest LGBTQ people arbitrarily and subject them to beatings and forced conversion therapy. They shave the heads of trans women and make people sign pledges to “cease immoral activity.” And it’s not just Qatari people subjected to this treatment, but workers from other countries as well.

The World Cup rivals the Olympics in scope and popularity. The Qatar government wants the tourism dollars and the prestige of hosting, but it also wants to continue its discriminatory treatment of LGBTQ people. It made pledges that it would not arrest LGBTQ visitors attending the World Cup and said they could fly the rainbow flag, but they have not answered questions on how they intend to protect those people. Qatar’s World Cup ambassador recently called homosexuality “damage in the mind.” LGBTQ people are not welcome in Qatar, whether it’s during the World Cup or not.

There have been mixed messages on how soccer fans should approach this World Cup. Many fans have said they will not support it at all and won’t be watching. Popular venues have refused to show the games to crowds. But others, including former players, have said that the players and teams deserve to be supported. Team USA, which plays Wales on November 21, redesigned their logo to feature rainbow colors. It’s worth remembering that these teams had no choice in where the tournament is played.

Broadcast viewership of the World Cup is not an endorsement of Qatar’s policies. Just like the athletes, viewers had no choice in the country that FIFA — whose name is synonymous with corruption at this point — decided would be the host. There is little impact that can occur from a viewership boycott. Sponsors are already lined up, and they will continue to queue for the next World Cup too. Ad pricing is not based solely on viewership, but also on demand. And the World Cup is a high demand event.

It’s not your job to punish FIFA for bribery and corruption, it’s the U.S. Department of Justice’s and other law enforcement entities. The DOJ has charged 50 people so far in its case against FIFA and is distributing millions of dollars to those impacted by the organization’s corruption. The people responsible for bringing the World Cup to Qatar are being punished. To learn more about FIFA’s corruption, check out “FIFA Uncovered” on Netflix.

If watching soccer brings you joy, you should watch the World Cup while also doing what you can to help LGBTQ people in Qatar. Don’t just post on social media; try to do something more tangible. Sign the petition created by one of the only openly LGBTQ Qataris. Donate to an organization like Rainbow Railroad, which helps transport LGBTQ people in dangerous countries to safety. Donate to other groups which help support LGBTQ rights in other countries. Learn about groups like the Muslim Alliance for Sexual and Gender Diversity.

Imagine if a large venue, such as those in Birmingham’s Gay Village, which is refusing to show the games, charged a small entry fee for viewers that would be donated to Rainbow Railroad. Imagine the good Rainbow Railroad could do with those extra funds. They could actually aid people fleeing countries like Qatar.

If you boycott watching the World Cup but do nothing else, that doesn’t help anybody but your own ego. But if you do something to help LGBTQ people in Qatar and other dangerous countries, like donating your time or money, that will create waves far beyond a broadcast boycott. That will help make the world a better place for LGBTQ people.