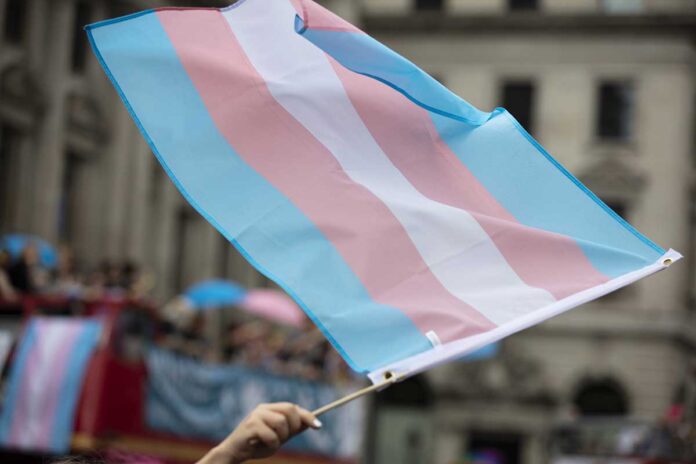 The Human Rights Campaign (HRC) Foundation, just released its annual report on violence against transgender and gender nonconforming people in the United States. The report also honors the lives of 32 trans and gender nonconforming (GNC) people who were killed in 2022 thus far and includes data on deadly violence directed toward the community in the U.S. Since the HRC began reporting on such violence in 2013, the organization has recorded 302 trans and GNC people who were killed at the hands of bigotry. The highest known total of trans and GNC people killed in one single year was in 2021, when at least 57 people who identify under the trans umbrella were killed in the U.S.

The HRC released the report in conjunction with Transgender Awareness Week, which leads up to Transgender Day of Remembrance on Nov. 20. It’s a time when the community comes together to remember those who lost their lives to fatal violence, and to honor and uplift their memory.

HRC’s report found that trans and GNC victims of fatal violence are mostly Black, under 35 years of age, and killed by firearm. Since 2013, roughly 63% of victims were Black trans women, 15% were Latinx, and 12% were white. 77% of victims were under 35 years of age. The report also revealed that 15 trans or GNC people were killed by police officers or while incarcerated, including two people in 2022. Cases of fatal violence have been reported across 166 towns and cities throughout 38 states, territories and the District of Columbia.

In 40% of cases, the killer is unidentified or at large, with no arrest made. In cases where the killer is known, 29% of victims were killed by a family member, friend or intimate partner. In 70% of the cases, police or the media initially midgender the victim.

Anti-trans stigma is a major factor in sustaining the epidemic of fatal violence against trans people, the report indicates. This type of stigma is perpetuated by several factors, including a lack of familial acceptance, a hateful political climate and being disenfranchised and made invisible in society. This rejection and hostility can lead to increased risk factors such as intimate partner violence, reliance on survival sex work, experiencing poverty and homelessness, and physical and mental health inequity, which can increase one’s risk of experiencing violence.

Familial and cultural rejection also typically lead to denial of opportunity, which in turn leads to educational obstacles, discrimination in employment, roadblocks for immigrants, refugees and asylum seekers; ostracization from healthcare and social services; falling victim to bias in policing and the criminal justice system; and experiencing barriers to legally identifying as one’s chosen name and gender.

The report details some action steps to diminish violence against trans and GNC people, some of which include rejecting transphobic language and educating peers about the need to accept and affirm trans people; using the right names and pronouns for trans and GNC people; pushing for laws and policies that ban discrimination based on gender identity; amplifying trans and GNC voices; and fostering inclusive, welcoming environments, especially in education, employment and healthcare spaces.

“The Transgender Day of Remembrance is a solemn tradition, a moment where transgender and non-binary people can gather together to mourn those lost and hope for a better future,” Tori Cooper, director of Community Engagement for HRC’s Transgender Justice Initiative, said in a press release. “I call on transgender people everywhere and our allies to respond to this dark moment by advocating anywhere and everywhere, to whomever will listen, in support of our lived and legal equality — and, most importantly, our lives. We will honor their lives and their memories with action.”