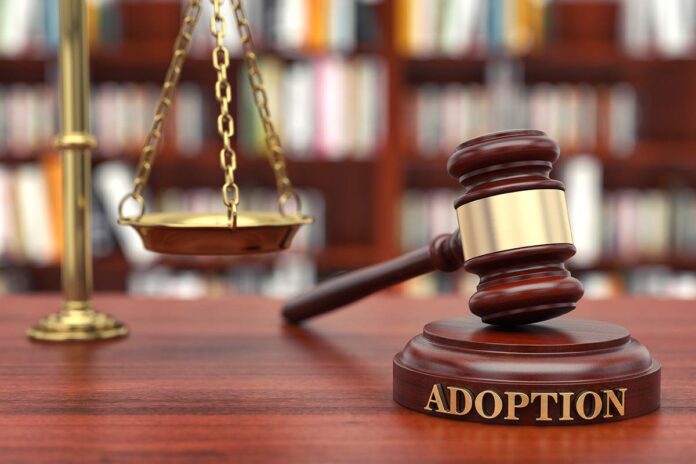 The Pennsylvania Supreme Court has issued a favorable ruling for a Trans man who was denied legal standing to pursue the adoption of a 12-year-old girl whom he views as his daughter.

On Oct. 19, in a 44-page ruling, the high court sent the case back to the lower court for additional consideration. The court also specified that a different judge should preside over the case, rather than Philadelphia Common Pleas Judge Daine A. Grey Jr.

The 43-year-old Trans man is known in court papers as T.B. He lives in Delaware County, just outside Philadelphia. In 2009, T.B. and K.L. planned the birth of a child, known as K.N.L. The following year, K.L. gave birth to K.N.L. with the assistance of a sperm donor, who’s never been identified.

K.L. was incarcerated at the time of K.N.L.’s birth. T.B. helped raise K.N.L. for the first five years of her life. K.L. continues to be incarcerated, and her parental rights regarding K.N.L. were terminated in May 2017, according to court records.

In March 2015, K.N.L. was placed in foster care, after allegations of sexual abuse were lodged against T.B.’s mother. T.B. also was accused of sexual abuse. However, the allegations against T.B. subsequently were determined to be unfounded. Since 2015, T.B. has had limited interactions with K.N.L., according to court records.

K.N.L.’s current foster mother, K.D., would like to adopt K.N.L. However, T.B. also wishes to adopt K.N.L., whom he’s always viewed as his daughter, according to court records.

On Jan. 26, 2021, Grey held a hearing on the dispute. T.B. testified during the hearing. When T.B. said he’s K.N.L.’s father, Grey chastised him for allegedly being “untruthful.”

After T.B. left the courtroom, Grey issued an order for T.B. to stay away from K.N.L. Grey failed to allow T.B. to be present during the stay-away hearing. Grey’s stay-away order subsequently was vacated by a higher court.

On May 18, the state Supreme Court held oral arguments on the dispute. The justices appeared sympathetic to T.B.’s position. But they also noted that a favorable ruling wouldn’t automatically grant T.B.’s adoption request. Instead, it would just give T.B. an opportunity to pursue his adoption request with a full hearing, in order to determine the merits.

During oral arguments, the city’s Department of Human Services opposed T.B.’s quest to adopt K.N.L. Attorneys for DHS asserted that T.B. never assumed a parental relationship with the child.

But Regine Charles-Asar, an attorney for T.B., emphasized that T.B. discharged parental duties for the first five years of K.N.L.’s life. Charles-Asar also noted that T.B. continued to visit K.N.L. after the child was placed in foster care.

DHS attorneys also claimed T.B. must currently hold loco parentis status in order to have legal standing to pursue K.N.L.’s adoption. But in its Oct. 19 ruling, the high court said DHS’ position on who may adopt a child is too limited and “unpersuasive.” The court noted it’s impossible for T.B. to currently hold loco parentis status, because DHS has custody of the child.

Additionally, DHS argued that T.B. never put his name on K.N.L.’s birth certificate and never acquired guardianship of K.N.L. The agency cited those facts as reasons to bolster its position that T.B. never served in a parental role for K.N.L.

But in its Oct. 19 ruling, the high court said failure to perform such formalities as cited by DHS wouldn’t necessarily negate the strong psychological bond formed between T.B. and K.N.L. in the child’s early years.

In a statement, T.B. thanked God and his attorneys, Regine Charles-Asar and Aaron Mixon — along with paralegal Michael N.Kessler and the late attorney Jay Ginsburg — for his legal victory. He also thanked Liz Bradbury of the Bradbury-Sullivan LGBT Community Center “for assisting me with these challenges I’ve been dealing with in pursuit of the reunification and adoption of my daughter.”

T.B. went on to express a desire to name all of his supporters. “But you know who you are…None of this could have ever been possible without you guys and God working through all of you to bring the truth to light. Especially with all the injustice that’s been happening with my case for these many years….But this journey is far from over and we still have a ways to go.” Moreover, T.B. thanked the state Supreme Court. He described himself as “a God-fearing Transgender father with the determination, wisdom and strength from my Heavenly Father, my Lord and Saviour Jesus Christ and our comforter the Holy Spirit to get my daughter back.” He urged other members of the LGBTQ+ community facing similar challenges to “continue to have faith in God and never give up on what you truly believe.”

Grey, the lower-court judge, didn’t immediately respond to emails, seeking comment about the state Supreme Court’s Oct. 19 ruling, removing him from the case.

A spokesperson for DHS issued this statement: “The [state] Supreme Court reversed the lower courts on standing principles. The Supreme Court did not address any issues relating to transgender bias. Moreover, DHS’ decision making is not informed by gender bias in this case or any other case.”

Angela D. Giampolo, a local civil-rights attorney, commended the ruling. “First and foremost, it is refreshing to read an opinion that is so respectful of a Transgender litigant,” Giampolo said, in an email. “The third footnote clarified the necessary facts to understand and address [T.B.] respectfully so as to make no mistakes.”

Giampolo added: “Secondly, every child deserves a home and the reviewing court focused on what was important in determining the question at hand. And that’s whether — in the context of an adoption — did [T.B.] ‘have an expectation of permanency, or a sincere and firm commitment to performing a non-temporary parental role in the life of the child’? And the Court concluded that he does and as such, his quest to adopt this child will live on for another day.”

Kris Tassone, policy counsel for the National Center for Transgender Equality, also commended the ruling. “This case demonstrates how critical it is that the laws and policies that protect the rights of families include families with nonbiological parents,” Tassone said, in an email. “As our understanding of who makes up a ‘family’ changes, the law must keep pace. Every child deserves a safe and loving home. And the best interests of children and the rights of Transgender and nonbinary parents should not take a back seat to antiquated procedural rules.”