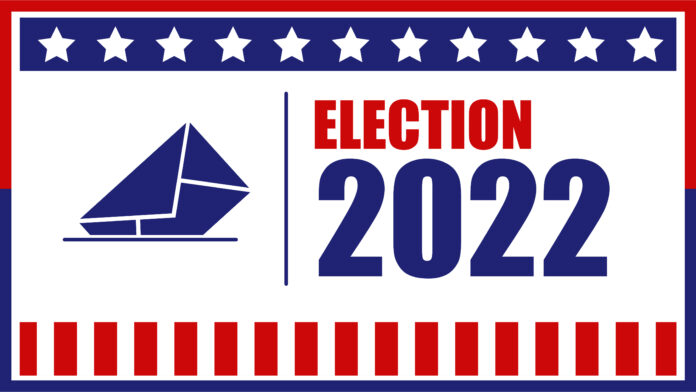 Republicans are playing political games with people’s lives. There’s no other way to say it at this point.

None of their legislation, from banning trans girls in school sports and books in school libraries, from barring teachers from acknowledging the existence of LGBTQ people and stopping those same people from getting the medical care they need, none of it is designed to help anybody. It’s all designed to harm, a blood price steeped in conservative fear and conservative votes.

The faux moral superiority and false sense of security from banning a trans girl from a bathroom might put a smug smile on members of the religious right. It might even bring genuine relief to a misinformed suburban conservative parent. But it’s not the reality of the world we live in, nor is it the reality of who LGBTQ people are. Yet that is the reality of how we’re treated, and it’s not good.

This election, we’ve once again arrived at that point where Republicans have stoked as much irrational fear as they can. It’s been building with the record number of anti-LGBTQ bills this year. As we fight to save the lives and livelihoods of women, of trans people, of Black and Latinx and Asian people, Republicans are calling for picture books about penguins to be banned from libraries.

It’s not just a blithe disregard for what actually impacts people, it’s dangerous bigotry that contributes to mental and physical health decline.

We have the choice between two political parties this election. Mail in ballots have already been sent out. The physical polls open on November 8 and close at 8:00 p.m.

PGN is endorsing John Fetterman for U.S. Senate for myriad reasons both short term and long term. If Democrats maintain control of the Senate, President Biden will be able to continue placing LGBTQ-friendly judges on the federal bench. And if a Supreme Court seat opens up in the next two years, Biden will be able to nominate someone and actually have that nominee get a hearing and get a vote. The repercussions of those judges alone are gargantuan for LGBTQ people.

PGN is also endorsing Josh Shapiro for Governor. Shapiro has been a true ally to the community and has gone above and beyond to show not just support, but action to back it up.

In the state legislature, we’re endorsing all the Democrats in the Philadelphia area, many of whom we’ve written about extensively in PGN. Some are allies, some are members of the community, and all of them fight hard for us in Harrisburg against the Republican-led, LGBTQ-unfriendly majority. We’re also endorsing open LGBTQ state house candidates across Pennsylvania, including La’Tasha Mayes, who is featured in this week’s PGN; Jessica Benham; Gregory Scott; and Izzy Smith-Wade-El.

If LGBTQ issues are important to you, or if you’re LGBTQ yourself, there is a clear choice between a party who will support everyone in the community and a party who will go after the most marginalized and vulnerable among us. The choice you make in this year’s election will reflect on you, the community, the commonwealth and the country. It runs that deep and that important.

This country we live in is based on choices. Sometimes those choices are fair and sometimes they are not. But the one choice that is always fair is who you vote for. That’s completely on you. Your choice, your consequences.

See you on November 8.