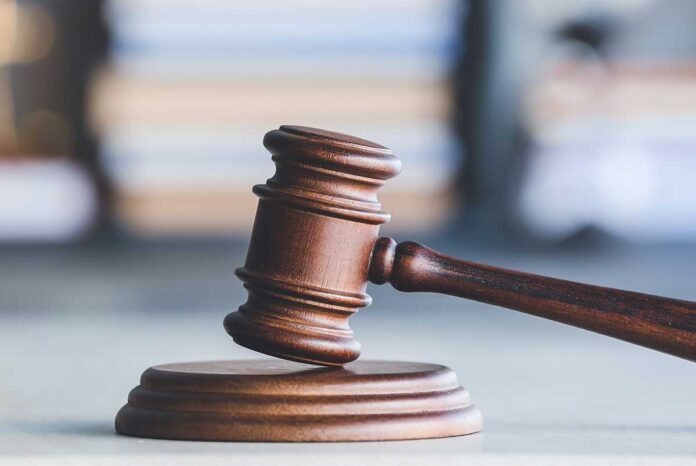 A federal judge last month affirmed the legal protections of gender non-conforming workers and workers perceived to be LGBT in Pennsylvania.

On Sept. 29, in a 56-page ruling, U.S. District Judge David S. Cercone allowed the lawsuit of Ryan W. Lockhart to proceed to trial, despite strenuous efforts by defense attorneys to have it dismissed.

Cercone is a senior district judge based in Pittsburg, Pa. He was appointed by President George W. Bush in 2002.

Lockhart, who is gender non-conforming, worked as a purchasing coordinator at CDM Resource Management LLC. based in Export, Pa., a small town in southwestern Pennsylvania.

The company manufactured compressors and Lockhart worked there from October 2016 to December 2017. The company no longer exists but Lockhart is suing its parent company, Energy Transfer Partners LP, based in Dallas, Texas.

Lockhart alleges that he suffered pervasive workplace bias and harassment from his supervisor, Anthony Smith.

According to Lockhart’s lawsuit, Smith repeatedly slapped Lockhart’s rear end; goose-step marched outside Lockhart’s office; frequently called Lockhart a faggot; thrusted his pelvis when in Lockhart’s vicinity; made derisive comments regarding Lockhart’s slender physique; mocked Lockhart for taking swing-dance lessons; described a religious service attended by Lockhart as “feminine”; stalked Lockhart outside the workplace; and warned co-workers to “cover their buttholes” when near Lockhart.

Additionally, Smith would dance like a Ballerina and call Lockhart “sunshine” when in his presence, according to the lawsuit.

Smith denied calling Lockhart a “faggot” and maintained that other alleged wrongdoing was done in good faith. In essence, the defense argued that Lockhart was subjected to “isolated incidents of workplace unpleasantries,” according to court papers.

In December 2017, Lockhart resigned from his position and filed suit against the company in February 2020.

Lockhart alleges unlawful discrimination on the basis of his sex and religion; retaliation when he complained of the wrongdoing; and being subjected to a constructive discharge when he couldn’t endure the hostile work environment any longer and had to resign.

Lockhard seeks a jury trial. On Sept. 29, he moved closer to that goal when Cercone denied a defense motion for “summary judgment,” a motion that sought to have the case dismissed. “Plaintiff [Lockhart] has advanced sufficient evidence to establish that he suffered harassment based on his non-conformity with Smith’s perceived beliefs about the traits and mannerisms a male should possess and display in the workplace,” Cercone stated, in his ruling.

Justin F. Robinette, a local civil-rights attorney, praised Cercone’s ruling. “I commend the ruling which certainly shows how much gender and sexually diverse individuals have advanced since the U.S. Supreme Court’s decision in Bostock in 2020. The Bostock decision states that LGBT workers are protected against workplace bias under federal law. Judge Cercone’s ruling makes clear that gender non-conforming workers and workers perceived to be LGBT are also protected. It’s important to have these LGBT-inclusive federal court rulings in place, especially because the future of Bostock itself is not certain — given the current makeup of the U.S. Supreme Court.”

Robinette also noted that Cercone ruled in favor of Lockhart even though the alleged wrongdoing Lockhart endured occurred prior to the Bostock ruling. “Judge Cercone’s ruling helps show that LGBT workers have been legally protected from bias ever since the Civil Rights Act of 1964 was passed,” Robinette asserted.

Robinette added that, ideally, the Pennsylvania Legislature will enact the proposed Fairness Act, which would codify LGBT rights statewide. He said passage of the Fairness Act would solidify and buttress current protections. Robinette also expressed hope that Congress will enact the Equality Act, which would provide specific antibias protections for LGBT individuals across key areas of life.”Meanwhile, the Lockhart ruling should be reassuring to LGBT workers and gender non-conforming workers in Pennsylvania,” Robinette concluded. “If they’re subjected to workplace bias, they can file a federal lawsuit and be optimistic that a judge will take them seriously. The Lockhart ruling will be one more tool in a plaintiff’s toolbox to argue for fair play in the workplace.”