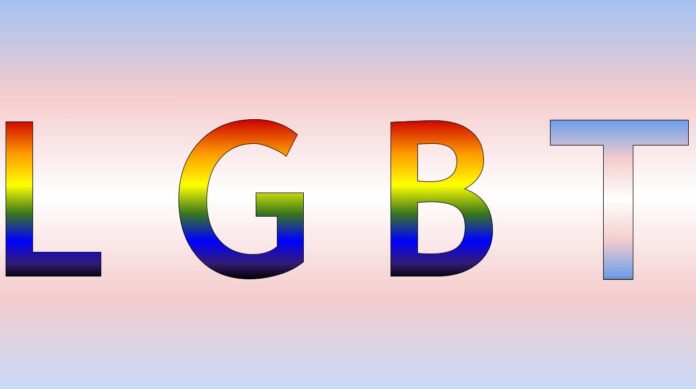 Remember Repent America? The group of homophobes, desperate for attention, who come to Philly Pride every year to verbally abuse people? At this point, most of us know to ignore them. But even those who yell back at them are within their rights. Who wouldn’t be angry at people so hateful and so intent on spewing harm? One year at Pride, a member of Repent America told me I was destined to kill myself and that I should “just wait and see,” because it would happen sooner or later. Lines like that are harmful, but we can train ourselves — and more importantly, our younger community members — to cope with them.

The reason Repent America is allowed to be at Philly Pride is the First Amendment. As long as they don’t slander or threaten to harm anybody, they are allowed to say what they wish. The Philadelphia Police Department usually puts Repent America on one corner of the parade route. They aren’t allowed to roam freely during Pride. That protocol has, for the most part, worked reasonably well. It’s a compromise that we’ve learned to live with. Repent America represents a segment of the population that has grown smaller over the years but is never going to go away. That’s the reality.

At a Pride event in Burlington, Vermont this past Sunday, a man named Fred Sargeant was physically assaulted by Pridegoers for holding a sign that read “No Blackface, No Womanface” on one side and “Gay Not Queer” on the other. Sargeant was wearing a shirt with a logo for the LGB Alliance, a transphobic British group who has seen no shortage of controversy. J.K. Rowling, who often falls in lockstep with LGB Alliance, tweeted about Sargeant’s assault, and it also got covered in some media outlets, primarily in Britain.

Media reports of the assault have framed it as trans activists assaulting a Stonewall-era gay pioneer. It’s true that Sargeant is an early gay rights activist and helped set up and was at that first Pride in 1970.

But in 2022, Fred Sargeant is no more an arbiter of Pride than you or me. Nobody owns Pride and there is no singular definition of what it is. Everybody attends for their own reasons, whether it’s to meet other LGBTQ people, to show support to somebody, or to simply be out and proud. But one common denominator about Pride is that most people who attend are joyful. Poll any number of Pridegoers, and most of them would say they’re attending because it makes them feel good. Anyone who goes to a Pride event to denigrate people, whether it’s Repent America or Sargeant himself, is cruel. Seeking to bring people down during a day of joy is cruel. Seeking to bring down people who are trying to find community is cruel.

Sargeant and the LGB Alliance have taken issue with what they view as a cultural and political shift. Among other things, they believe that resources have been siphoned from lesbian, gay, and bisexual people and given to the trans community. Equity has destroyed equality, so to speak. But how many people at Burlington Pride have control over this so-called shift? How many of those young trans people had anything to do with what Sargeant is annoyed with? Do any of them run HRC? GLAAD? Do any of them chair a board of directors? Did any of them start the myth about the first brick at Stonewall? All Sargeant did during Burlington Pride was upset people who wanted to enjoy their day, people who didn’t even know who he was. Harassing people at a Pride event is not a history lesson. It’s understandable why some people wanted to take his sign away.

But just as Repent America is left alone, Fred Sargeant should have been left alone as well. He should have been allowed to stand there with his sign (although Burlington Police should have done what Philly does and put him in a corner with other protesters). He’s allowed to have his opinion and he’s allowed to share it publicly. Tearing up his sign isn’t going to change his mind, just as all the social media fighting against the LGB Alliance hasn’t changed any of their minds. Transphobic gay people exist. They always have and always will. This battle between inclusivity and exclusivity is not going to go away.

In the years after Stonewall, some gay people didn’t want our community to be visible. They wanted things to remain the same as they’d always been. To the out activists who continued to work for equality after Stonewall, those people said “You’re going to ruin it for us.”

Now, you have groups like the LGB Alliance who fear any association with the trans community, who think that lesbians are going to become extinct because of trans people, who seem to believe that their identity is being stripped away by transness, as if identity is something that can be stolen like five cent candy.

Now, sadly, they’re the ones saying, “you’re going to ruin it for us.”

History has shown us that people who discriminate will not disappear, but they’ll be muted by a more tolerant majority. But when you assault people like Sargeant you galvanize them and their following. As we saw on social media and in some of the media reports, people who share Sargeant’s views were quick to raise their voices after the Pride event. Such incidents give them renewed energy to keep doing what they’re doing.

The prudent thing to do, if you encounter someone like Sargeant at a Pride event, is to ignore them. But if you feel compelled to do something, drown them out with your joy. Don’t try to shout over them. Don’t try to convince them they’re wrong. Don’t assault them. Make your own posters and hold them high so nobody can see theirs. Sing your own slogans so nobody can hear theirs. And, most importantly, remind the people around you that we make our own joy and we need to hold on to it tightly. Don’t give others the power to take your joy away.