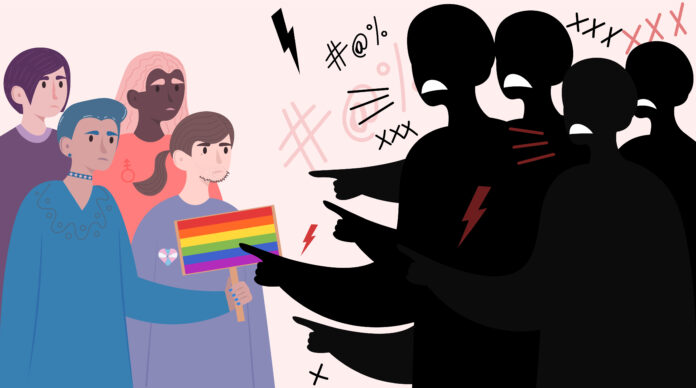 Walking home from the bakery on a Sunday morning, I encounter a young man with two pit bull puppies. He stands in the street with them to avoid a passing Newfoundland. I walk over and greet the pit bulls and say how handsome they are. They happily jump on me, which is not the owner’s fault since he has them leashed and I provoked them.

Some dogs are high-spirited, and not everyone loves them, so it is important to obey leashing laws. This is the middle ground between letting dogs run in packs through the streets on one hand, and banning them (or particular breeds) altogether on the other. They are descended from predators, however. Those sweet puppies slobbering on me have powerful jaws. It isn’t just their coats but their facial bone structure that contributes to their particular beauty.

Shakespeare wrote in Julius Caesar, “Cry havoc, and let slip the dogs of war.” We don’t need a lot of effort to get into bloody conflicts; we can simply let go of the leash. I just watched Republican gubernatorial nominee Kari Lake of Arizona on television stoking intolerance with the lie that massive voter fraud resulted in a stolen 2020 election.

School officials in southeastern Wisconsin have decided they can remove politics from the classroom by censoring expressions like pronouns and flags that make people uncomfortable. (Granted, they are banning MAGA banners as well as rainbow flags.) If they had faced discrimination, they might realize that going about your business as if you have a right to exist is inherently political.

The trouble is that for those whose identities and views are the default, the political aspect is invisible. It is only differences which cause them discomfort that they regard as political.

How can this suppression affect children whose very existence is labeled political and undesirable, other than to cause harm?

When no room is allowed for diverse expression — when those who think, pray, or love differently are regarded as enemies — we end up with insurrections and people insisting that only elections they win are legitimate. To posture as a patriot while opposing the right to speech and religious practices different from yours is a contradiction. Diversity is a fundamental feature of this country. It cannot be eliminated even if we go after it with fire, blood, and terror. We must at least tolerate one another or die. Alas, the demagogic predators among us do not care.

Last week, attendees at the Conservative Political Action Conference cheered Hungarian Prime Minister Viktor Orbán for his racist, transphobic, and fascist provocations. He could not have felt more at home. The GOP has become a party of bullies who portray themselves as victims.

Georgia Rep. Marjorie Taylor Greene claims most Americans are Christian nationalists. If so, why must she and her fellow fanatics go to such lengths to predetermine election outcomes? And on what Gospel passage do these loudly self-professed Christians base their cruelty?

Mississippi Governor Tate Reeves celebrates the overturn of Roe v. Wade while showing no interest in feeding, educating, or providing healthcare to the poor children in his state. He rejected $600 million in Medicaid funds. Mississippi conservatives appear proud of their last-place ranking in every measure of social welfare. This is pro life?

The Senate held a marathon weekend session to pass healthcare, climate, and tax legislation via reconciliation, bypassing the filibuster. Democrats achieved compromise among themselves. Passing the bill with a tie-breaking vote by Vice President Harris proved they can do big things even in an equally divided Senate.

Late in the “vote-a-rama,” Sen. Marco Rubio proposed an amendment to limit federal pregnancy resources “to biological females.” When you’ve got nothing, you fire another volley in the culture war. A great nation doesn’t have to pretend that it is threatened by a small minority of gender-variant people. Fortunately, Rubio failed.

In the next few elections, Democrats must defeat Republicans to prevent national disintegration. In the longer term, we have something greater at stake than competing policy preferences: we have a republic, which requires adherence to norms of mutual respect.

An anguished Rodney King pleaded thirty years ago amid riots in Los Angeles, “Can’t we all just get along?” Not easily. We are a varied and contentious lot. There are times when we need to put a leash on it, and times when we need to fight despotism and demagogic appeals to ignorance. A pivotal election is less than three months away.

Richard J. Rosendall is a writer and activist at [email protected]